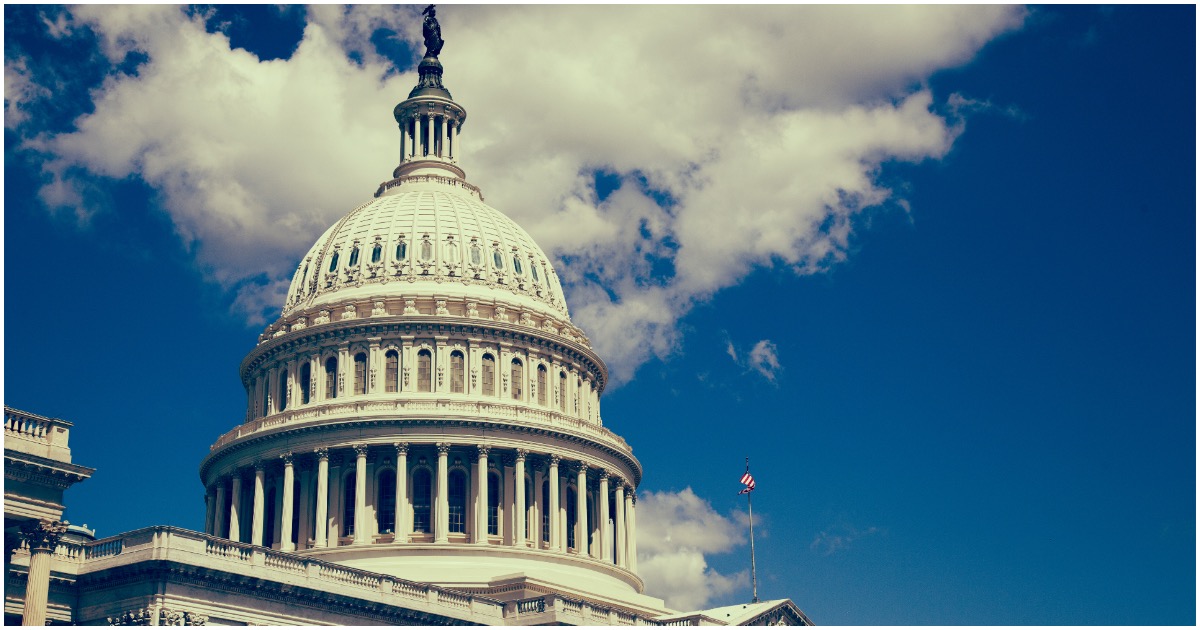 During the testimony of Christine Blasey Ford and Judge Brett Kavanaugh before the Senate Judiciary Committee, several Republican Senators were doxxed.

Meaning, their personal information was leaked to the masses – phone numbers, home addresses.

The man responsible is Jackson Cosko, 27, who was arrested by Capitol police.

Apparently, he was paid by an “outside institution.”

A Democratic staffer arrested last week on charges that he revealed the personal information of several Republican Senate Judiciary Committee members was not an “intern” for Rep. Sheila Jackson Lee (D-TX), as originally reported. The 27-year-old career staffer, Jackson Cosko, was, instead, reportedly a “fellow” paid by an “outside institution” who served as a primary adviser in Lee’s Congressional office.

According to the Tennessee Star, “[w]hile [Lee] claims Cosko was an ‘unpaid intern’ in her office, the Washington Post reports that Cosko was actually a ‘fellow.’ This was confirmed by Cosko’s lawyer, who said his client was a ‘fellow’ in Jackson-Lee’s office and that he was being paid by an ‘outside institution.'”

The “outside institution” has yet to be named, but the position of “fellow” is much different from that of “intern.” According to correspondence from Lee’s office, Cosko was routinely trusted to advise Lee and communicate with other members of Congress, specifically those co-sponsoring Lee’s bills.

If caught, Cosko threatened to go after the children of GOP members.

A Democratic congressional aide accused of publishing the private information of at least three Republican lawmakers allegedly threatened to leak senators’ children’s health information if a witness told anyone about his activities.

Jackson Cosko, who recently worked for Rep. Sheila Jackson Lee, D-Texas, was arrested for allegedly posting the personal information (or “doxxing”) of a number of senators including Lindsey Graham, R-S.C., Mike Lee, R-Utah, and Orrin Hatch, R-Utah on Wikipedia — with information such as their home addresses and phone numbers. Graham, Lee and Hatch’s information was published on Thursday.

According to a sworn statement by Capitol Police Captain Jason Bell, a witness Tuesday saw Cosko at a computer in a senator’s office, where he used to work, a day after two other unnamed senators’ information had been put on Wikipedia. Cosko worked for other Democratic senators including Sen. Dianne Feinstein, D-Calif., Sen. Maggie Hassan, D-N.H., and former Sen. Barbara Boxer, D-Calif. While earlier reports identified Cosko as an intern for Jackson Lee, his lawyer said that he was working as a fellow in her office, paid by an outside institution.

Several Republicans on the Senate Judiciary Committee had their home addresses and phone numbers released to the public on their Wikipedia pages during Thursday’s hearing on Judge Brett Kavanaugh’s nomination.

According to Caleb Hull, editor of the Independent Journal Review, the wife of Mr. Hatch “has been receiving calls nonstop ON HER BIRTHDAY and their home address was made public.”

“It’s shocking that someone would post Senator Hatch and other Judiciary Committee Republican’s personal information, including home addresses, putting their families in danger,” said Matt Whitlock, communications director for Hatch. “That it’s happening as they ask questions in a Supreme Court confirmation hearing is just another sign of how terrible this process has gotten.”

A spokesperson for Graham would only say that his Senate office was aware of the Wikipedia changes and would not say what steps, if any, his office had taken in response. A spokesperson for Lee declined to comment on the record.