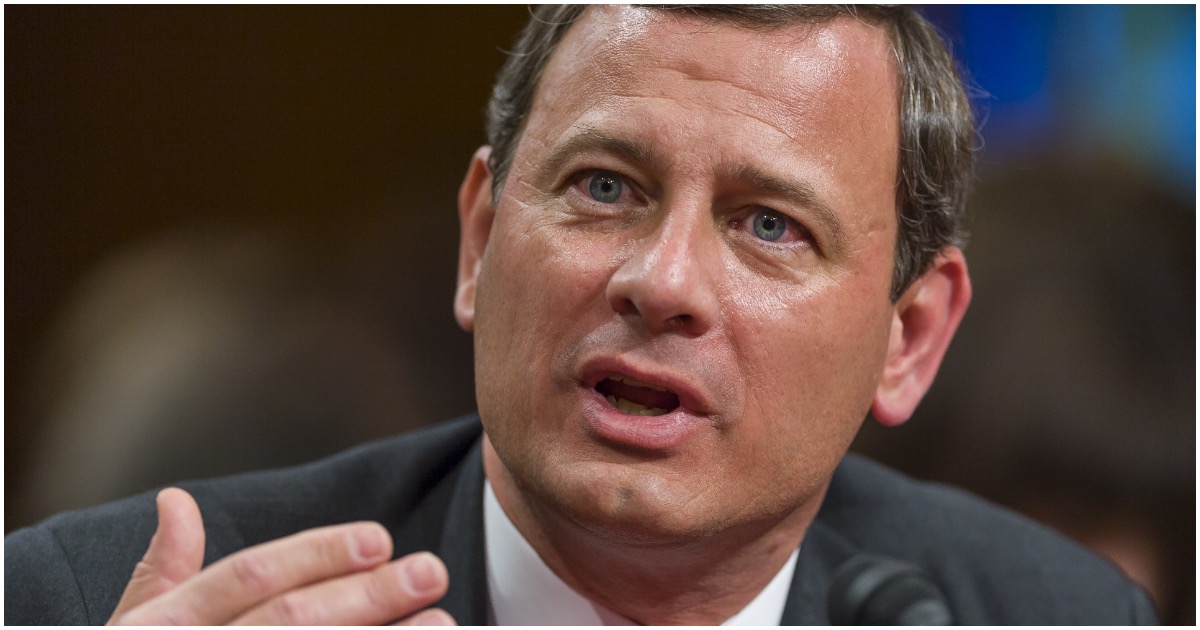 Does this seem a little odd?

Chief Justice John Roberts is referring complaints about statements made by new Supreme Court Justice Brett Kavanaugh to federal judges outside the Beltway.

Roberts said in his letter that he was initially notified of complaints against Kavanaugh on Sept. 20. The complaints deal with statements Kavanaugh made during his confirmation hearings and were initially filed with the D.C. Circuit, where Kavanaugh served for 12 years before joining the high court.

In a statement issued Saturday, D.C. Circuit Judge Karen Henderson said the complaints only “seek investigations … of the public statements [Kavanaugh] has made as a nominee to the Supreme Court.” Kavanaugh was confirmed to the high court that same day after a contentious nomination process that included allegations of sexual misconduct dating back to his days as a high school and college student.

It’s possible the complaints will never be investigated if the lower-court judges determine they have no jurisdiction over a Supreme Court justice under the judiciary’s ethics rules. The judges may be forced to conclude “that intervening events have rendered the allegations moot or make remedial action impossible,” said Arthur Hellman, an ethics professor at the University of Pittsburgh.

Another ethicist, Stephen Gillers of New York University, disagreed that the complaints are moot. Kavanaugh remains a federal judge and the complaints “allege misconduct that occurred while Kavanaugh was on the D.C. Circuit and subject to the Code of Conduct for U.S. Judges. Any violation of the Code does not disappear because he is now on another federal court,” Gillers said in an email.

But Gillers said the complaints “may be found not to be meritorious in the end.”

The judiciary’s rules allow members of the public to lodge complaints about federal judges. They typically are dealt with by experienced judges in the courthouse or region where a judge serves. Judges who receive complaints have a range of options that include dismissing them out of hand, having local judges investigate them or asking Roberts, in his capacity as head of the federal judiciary, to assign the complaints to judges in a different part of the country.

Comparing then-SCOTUS nominee Brett Kavanaugh to the likes of murderers Vladimir Putin and Kim Jong-un is as rock bottom as it gets.

Nobody should disagree with that, especially since there is still zero evidence the judge did anything wrong.

The dictator of North Korea and the president of Russia are known for making people disappear who disagree with them.

Nancy Pelosi: The only person who doesn’t have to be vetted is the president. And it is pretty clear that he could not withstand a vetting. And he talks about being in love with Kim Jong Un and thinking Kavanaugh is a great guy, upstanding this or that. I guess there’s a similarity that people have with people they respect – Crazy about Putin! In love with Kim Jong Un! Thinks Kavanaugh is a great upstanding person.

Is Pelosi saying she’s against President Trump making peace in the world?

Pelosi also said Kavanaugh needed to be “vetted” more thoroughly. (Kavanaugh has now endured seven FBI background checks over the course of his career, has worked in sensitive positions for President George W. Bush, and has been a judge on the United States Court of Appeals for the District of Columbia Circuit for twelve years without incident or complaint.)