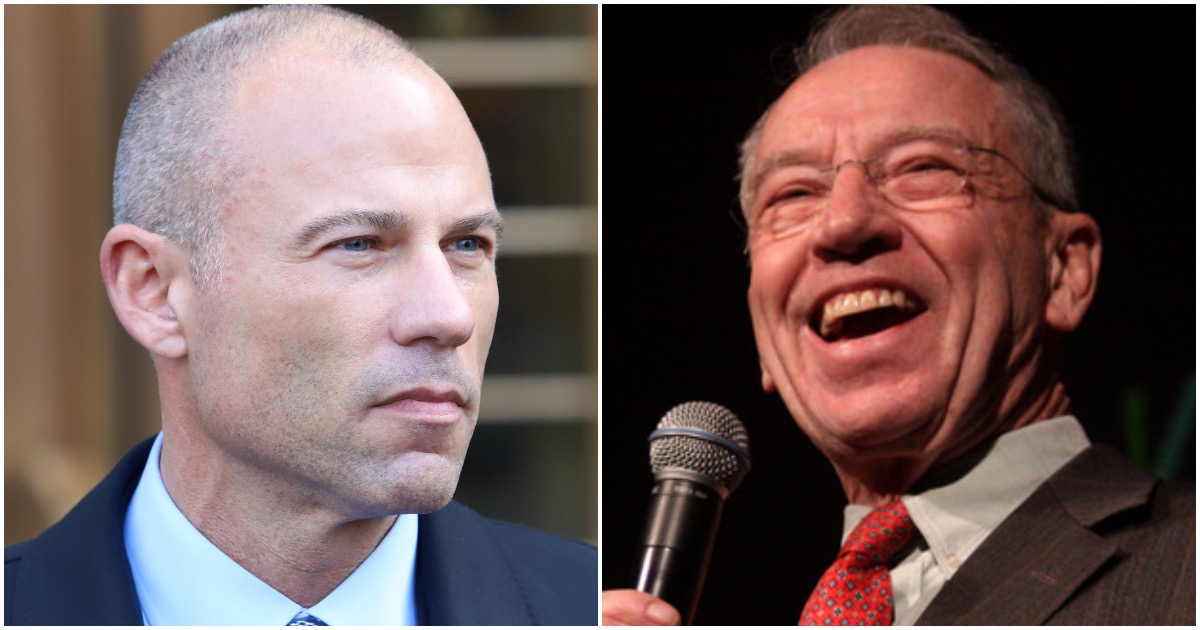 When he pointed this out, celebrity activist lawyer Michael Avenatti, who represented Stormy Daniels and a Brett Kavanaugh accuser, thought he was being clever.

Am I correct that @ChuckGrassley never attended law school? How is it possible that the Senate Judiciary Comm Chairman has no legal experience? No wonder he doesn’t understand issues like “perjury,” FBI investigations, and which clients I have represented over the last 18 yrs.

The Iowa farmer beat the all-time record for most circuit court nominees confirmed in a single Congress – and that's on top of two Supreme Court Justices.

She did not attend law school, either.

1) Feinstein doesn't have a law degree, either.
2) Did you know there are no qualifications – not even a law degree – for serving on the Supreme Court?
2) If the laws are so difficult to comprehend that you need a law degree to understand them, the country is failing. https://t.co/BliEiucIG9

Why would you subject poor paramedics to the lunacy of Avenatti?

Have you no sense of decency?

@MichaelAvenatti you should probably stick to chasing ambulances and strippers