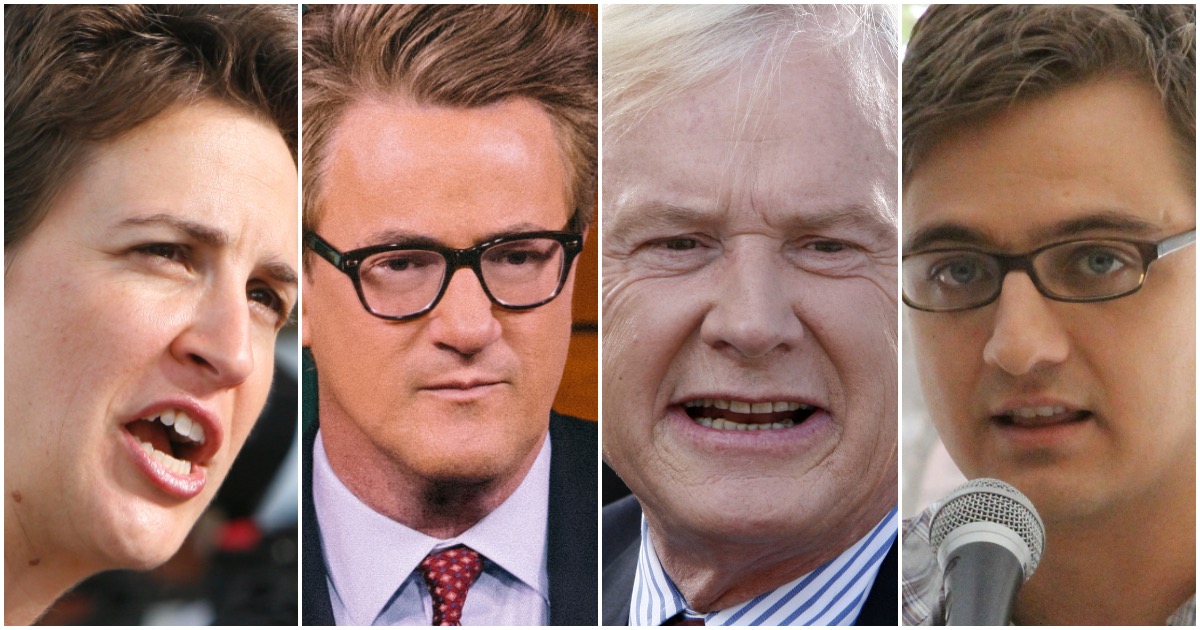 Brett Kavanaugh’s confirmation hearings and the accompanying circus that came with it pushed to the side stories of Russia collusion.

At least for a month or so.

MSNBC host Chris Hayes is back at it, but this time he makes a major concession.

Given everything we know about the Trump campaign, *if* someone had contacted them with a concrete plan to illegally cheat during the election, do we think they would have said no?

And we’re back to your regularly scheduled programming https://t.co/UffVQJimmO

And just like that, we're back to Russia again https://t.co/NGFDIlLozS

It’s a credible allegation the FBI should investigate!

One person wondered if Hayes was “ten years-old”…

"Well, maybe they didn't, BUT THEY WOULDA!"

What are you, ten years-old? https://t.co/ZrKzDbAbXx

So is this the "Well, maybe it didn't happen, but Trump totally would have done it if he could" stage? https://t.co/oajNefEB37

This is a really solid evidentiary standard Chrishttps://t.co/rbeWpvCjyA

More on the Russia probe, per Daily Caller:

A Democratic senator outsourced parts of the investigation into possible Trump-Russia collusion to a former Senate staffer with links to George Soros and Fusion GPS, according to a New Yorker report.

The New Yorker reports the unidentified senator contacted Daniel Jones, a former Senate Intelligence Committee staffer, around March 2017 to review data regarding a possible link between the computer servers of the Trump Organization and a Russian bank called Alfa Bank.

Jones, who worked under California Democratic Sen. Dianne Feinstein when she chaired the intelligence panel, had just formed a non-profit group called the Democracy Integrity Project. The organization worked closely with Fusion GPS and former British spy Christopher Steele, the tag-team duo that produced the Democrat-funded dossier accusing the Trump campaign of colluding with the Kremlin.

Jones’s operation was also funded by a small group of billionaires, including left-wing philanthropist George Soros. Jones told the FBI in March 2017 that between 7 and 10 billionaires had put up $50 million to continue an investigation into Russian meddling in elections.