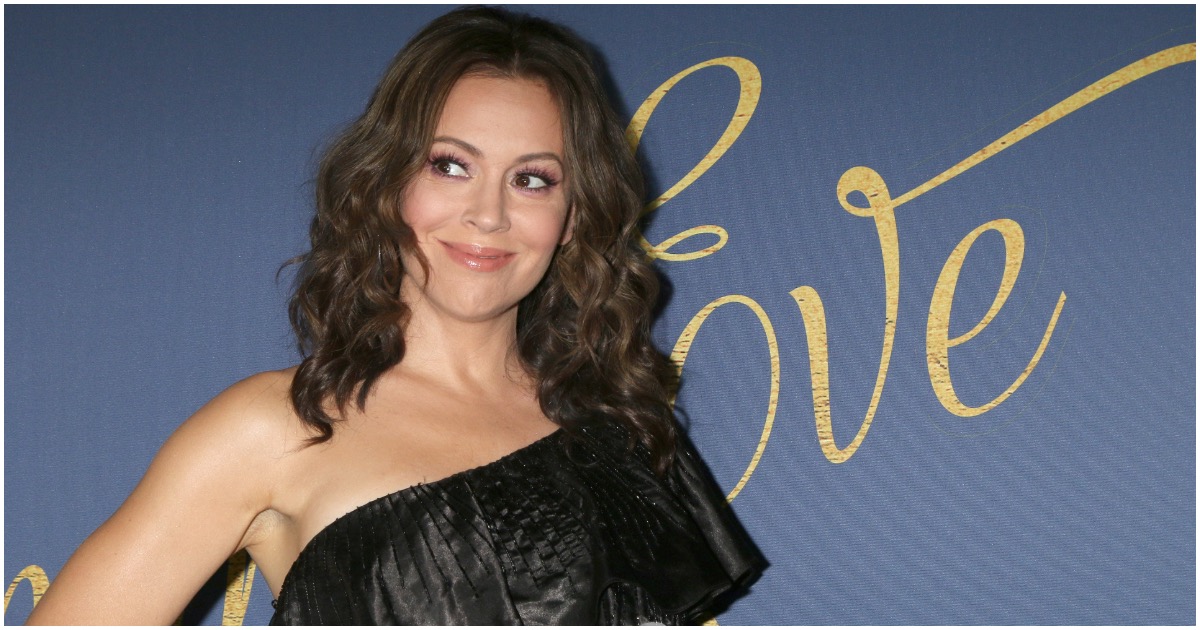 Actress and activist Alyssa Milano is like a lot of her Hollywood peers at the moment.

Now, she has a message for conservatives, the GOP, and America as a whole.

My thoughts on this sad day for America (a thread):

Right-wing & corporate special interests selected this nominee and propped up his nomination with tens of millions of dollars in dark money.

We need to prioritize protecting our courts, which starts with retaking the Senate.

They picked Kavanaugh because they know he is a reliable vote; he is a lifelong foot soldier for these interests, a political operative who became one of the most partisan ideological judges in the country.

That they supported Kavanaugh despite his obvious and disqualifying flaws – temperament, dishonesty, rabid partisanship, credible accusations of sexual assault – speaks to how beholden they are to these special interest powers, and how critical the Court is in their plan.

What’s happened today is the culmination of a 30+ year plan to capture the federal judiciary and use our courts to line their pockets and suppress the will of the people.

The Roberts Court was already incredibly partisan. It’s the most pro-corporate, right-wing Supreme Court in history, handing down over 70 partisan 5-4 decisions in the last decade.

Kavanaugh moves it much, much further to the right. It has completely lost touch with the values of majority of Americans. And now its legitimacy is shot.

THE SENATE IS VITAL. We are focused on the House, and rightly so. But only the senate votes on judges – that goes for lower courts too. So if they keep the senate, even if we win the house, McConnell’s judge machine keeps on cranking.

Kavanaugh is the 69th judge trump has confirmed. That’s an absolutely insane number. This is all happening quietly and no one is realizing it.

We’ve all seen how important the courts have been in stopping trump’s most hateful and harmful policies.

They won’t be able to provide that check if we let them capture the courts. This goes far beyond the Supreme Court.

Kavanaugh made big news, but stacking our lower courts with fringe right operatives has been Mitch McConnell’s absolute #1 priority since trump’s election.

People should be fucking terrified and outraged. I sure as hell am.

We need to take back our power by taking back the Senate and the House in November. It is the only way out of this mess.

The battle for the soul of our country is just beginning. Our adversaries lack a moral compass; they lie and cheat to win. We must defeat them.

Every one of you is needed in this fight.

Did she not see the whole Kavanaugh thing at all? Does she not know the DNC rigged the primaries in Hillary Clinton’s favor?

Abortion apparently is north on the moral compass then?

You didn’t believe the women who accused Bill Clinton.

This is transference, a classic leftist strategy. Take the stank from yourself and cast it onto others. YOU lack a moral compass. https://t.co/uVBvcS6OKa

@Alyssa_Milano your side, you know the lunatics with the ridiculous protests, are lacking a moral compass. https://t.co/iIQZbTwQqw