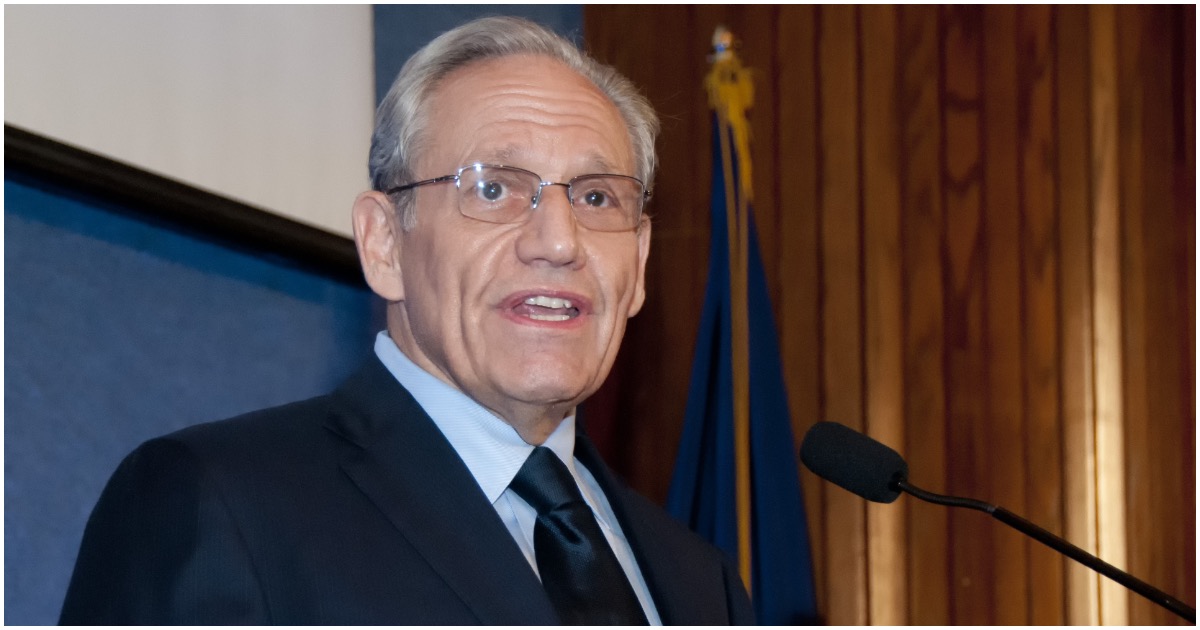 Famed Watergate journalist Bob Woodward recently dropped a new book aimed at President Donald Trump and his administration. More on that below.

During an interview with Hugh Hewitt, Woodward makes crystal clear what every Democrat feared regarding Russia collusion with the Trump campaign in 2016.

And yet, no Democrat will dare repeat Woodward’s words.

In an interview with Hugh Hewitt on Friday, Bob Woodward said that in his two years of investigating for his new book, ‘Fear,’ he found no evidence of collusion or espionage between Trump and Russia. Woodward said he looked for it “hard” and yet turned up nothing.

“So let’s set aside the Comey firing, which as a Constitutional law professor, no one will ever persuade me can be obstruction. And Rod Rosenstein has laid out reasons why even if those weren’t the president’s reasons. Set aside the Comey firing. Did you, Bob Woodward, hear anything in your research in your interviews that sounded like espionage or collusion?” Hugh Hewitt asked Woodward.

“I did not, and of course, I looked for it, looked for it hard,” Woodward answered. “And so you know, there we are. We’re going to see what Mueller has, and Dowd may be right. He has something that Dowd and the president don’t know about, a secret witness or somebody who has changed their testimony. As you know, that often happens, and that can break open or turn a case.”

“But you’ve seen no collusion?” Hewitt asked again to confirm.

“I have not,” Woodward affirmed.

After two years of searching – hard – Bob’s got jack.

Bob Woodward’s “Fear” belongs on a shelf with the literature of mad kings, next to Robert Graves’s “I, Claudius,” featuring the Roman emperor Caligula, and Ryszard Kapuściński’s “The Emperor,” about the last days in the court of Ethiopia’s Haile Selassie. Those books are masterpieces of fictionalized history, while “Fear” is a remarkable feat of reporting conveyed in prose that couldn’t be called literary. But they resemble one another in their atmosphere of antic dread—the claustrophobic, gut-tightening sense that power has come utterly unmoored from reality, and no one in the palace is safe from the wild impulses of the ruler. There’s nothing comparable in American journalism, except maybe Woodward’s “The Final Days,” co-written with Carl Bernstein, about the downfall of Richard Nixon. Yet even Nixon—drunk late at night and talking to paintings in the White House residence—seems relatively sane and pitiable compared with Donald Trump. You half expect to find Woodward’s Trump ordering the execution of the entire National Security Council, declaring himself a god on Twitter, then anointing his daughter as heir to the throne.

The title of the book comes from Trump’s definition of “real power,” whether in terms of political clout or the ability to bully a woman he has victimized. But the fear around his Presidency has nothing to do with his skillful use of intimidation, and everything to do with the dangerous consequences of his erratic behavior. At Trump’s core lies a need always to look strong, which, of course, makes him look weak. In several scenes, one adviser or another struggles to find the right, flattering words that will keep the President from starting a nuclear war.