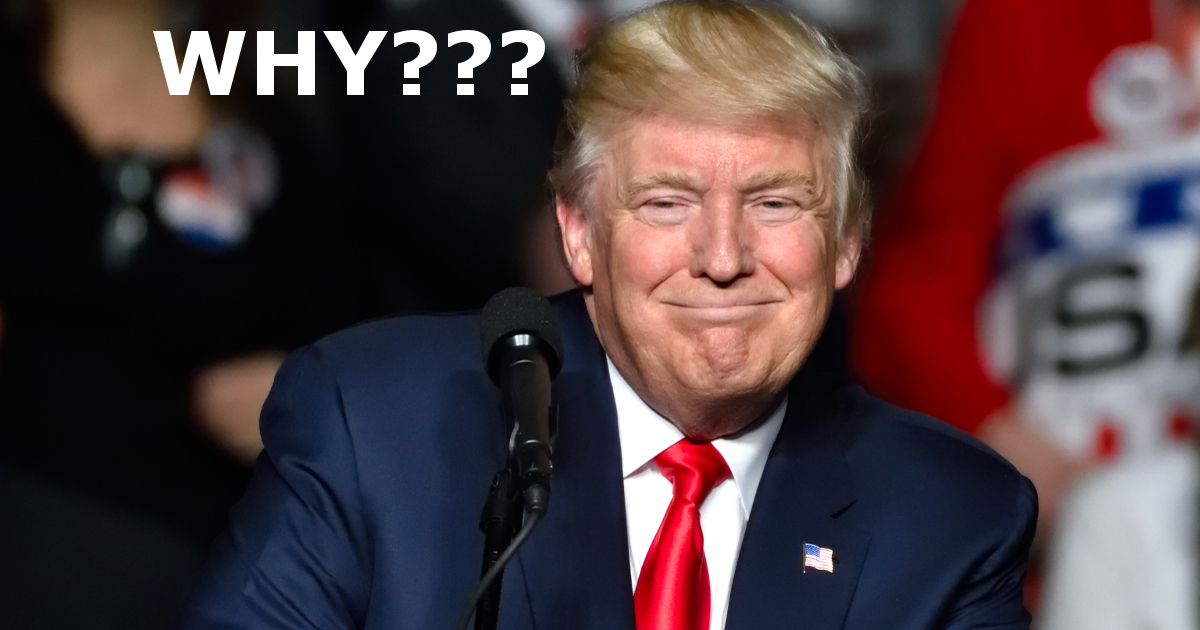 Democrats and RINOs pushed and pushed until they got a special counsel investigation to look into Russian election interference and any possible collusion between Russia and the Trump campaign.

They got their special counsel investigation that quickly became nothing more than a ‘get Trump’ investigation, stacked full of ardent Democrats and no Republicans.

During that time, there has been quite a bit of evidence compiled about corruption and collusion among Democrats.

So why, many are asking, hasn’t President Donald Trump appointed his own special counsel to investigate Democratic corruption?

(Red State) – As the Mueller Probe enters it’s sixteenth month, following a ten month FBI counterintelligence investigation, Congressional committees, outside groups such as Tom Fitton’s Judicial Watch and even the DOJ’s own Inspector General’s team have gathered a wealth of information of their own. There is currently more than enough evidence to support the appointment of a second Special Counsel.

The last two years have been akin to watching a polaroid photo develop in very slow motion. And right now, it’s at about the halfway point. If nothing is done, we can expect Mueller’s investigation to grind on for the second half of Trump’s first term, ever reminding American citizens that their president is under suspicion for some nameless, but sinister, act.

The likelihood that Attorney General Jeff Sessions, whose relationship with President Trump is at an all-time low, would do so is almost nonexistent.

Yes, back in March, Sessions appointed Utah US Attorney John Huber to work with the DOJ’s Inspector General’s team, but the limitations inherent in such a step still fall far short of what are needed to combat what is emerging as the biggest political conspiracy in American history…

If Sessions was the Attorney General he should be, there would be official investigations into Democrat collusion, but there isn’t.

Sessions appears to be as effective as an Attorney General as a steer is on a breeding ranch.

Since Sessions isn’t doing what many believe he should be doing, than why doesn’t Trump appoint his own special counsel to investigate Democrat collusion?

I agree with the Wall Street Journal’s Kimberley Strassel who believes that Trump should not only appoint his own special counsel, but mandate that this special counsel has access to every piece of information gathered by the Mueller investigation.