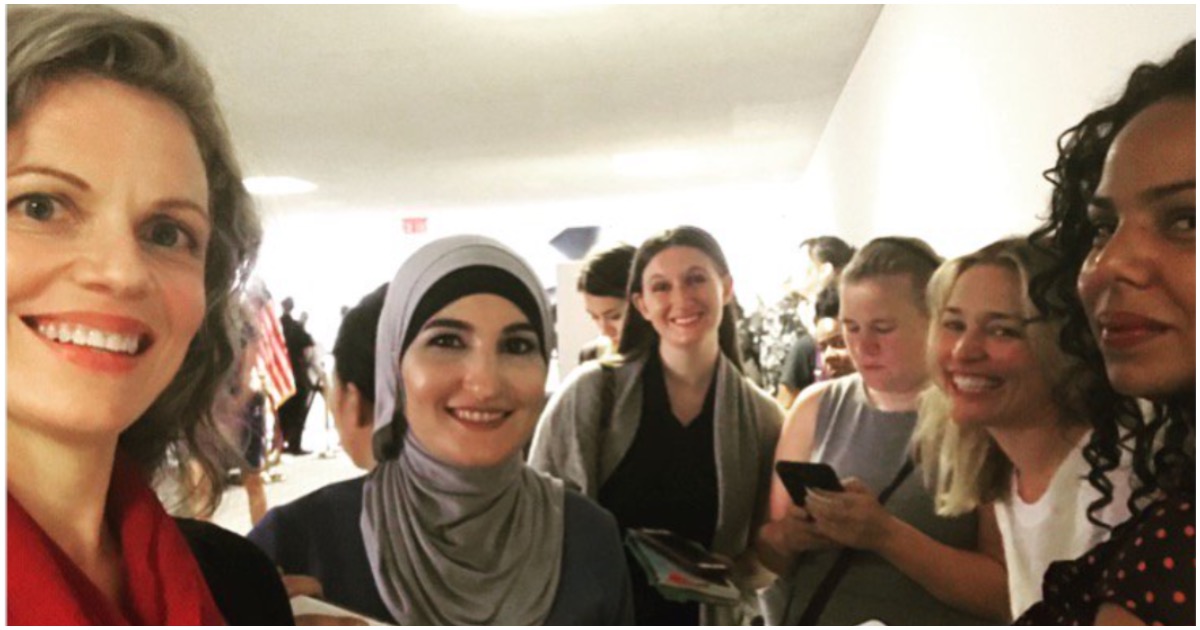 Day one of Brett Kavanaugh’s hearing before the Senate went as planned. Protesters demanded Kavanaugh not be confirmed to the Supreme Court, despite the fact the judge stated he would be “pro-law.”

At least 17 people were arrested for disrupting the hearing, including Muslim Democrat (and Women’s March leader) Linda Sarsour.

Interestingly enough, a small piece of Hollywood showed up to Capitol Hill.

Famed Hollywood actress Piper Perabo found herself in handcuffs for screaming during the event.

Naturally, Perabo tweeted that she was proud to have been arrested.

I was just arrested for civil disobedience in the Kavanaugh hearings.

Many citizens before me have fought for the equal rights of women. I can’t be silent when someone is nominated to the Supreme Court who would take our equal rights away.#StopKavanaghpic.twitter.com/f3SG7gmVam

It’s unclear at this time if Perabo was charged for any crime or was taken into custody. Reps for the actress did not immediately respond to Fox News’ request for comment.

Perabo joined the slew of people who protested the hearings Tuesday. A combination of interruptions from the crowd as well as Democrats calling for the hearing to be adjourned resulted in more than an hour’s delay in the schedule.

The disruptions continued as lawmakers attempted to make opening statements. There were roughly 63 interruptions before the day’s lunch break.

“To me, Justice Kennedy is a mentor, a friend, and a hero. As a Member of the Court, he was a model of civility and collegiality. He fiercely defended the independence of the Judiciary. And he was a champion of liberty.”

“Over the past eight weeks, I have witnessed first-hand the Senate’s deep appreciation for the vital role of the American Judiciary,” he will say in his opening statement. “At the White House on the night of the announcement, the President and Mrs. Trump were very gracious to my daughters, my wife, and my parents. My family will always cherish that night.”

There’s a decent chance that even if Trump nominated a pro-choice, pro-sanctuary city judge to the Supreme Court, Democrats would still be protesting the pick.

The fact remains that Trump can do no right in the eyes of the left (and to many Republican Never Trumpers).

Perabo and many of her peers in Hollywood will never agree with Trump on any of his decisions, including the choice to nominate Kavanaugh to the highest court in the land.

They don’t have to understand, but they should respect what he is doing for the nation as a whole.

If confirmed, do you believe Kavanaugh will make a good justice? Let us know your thoughts!