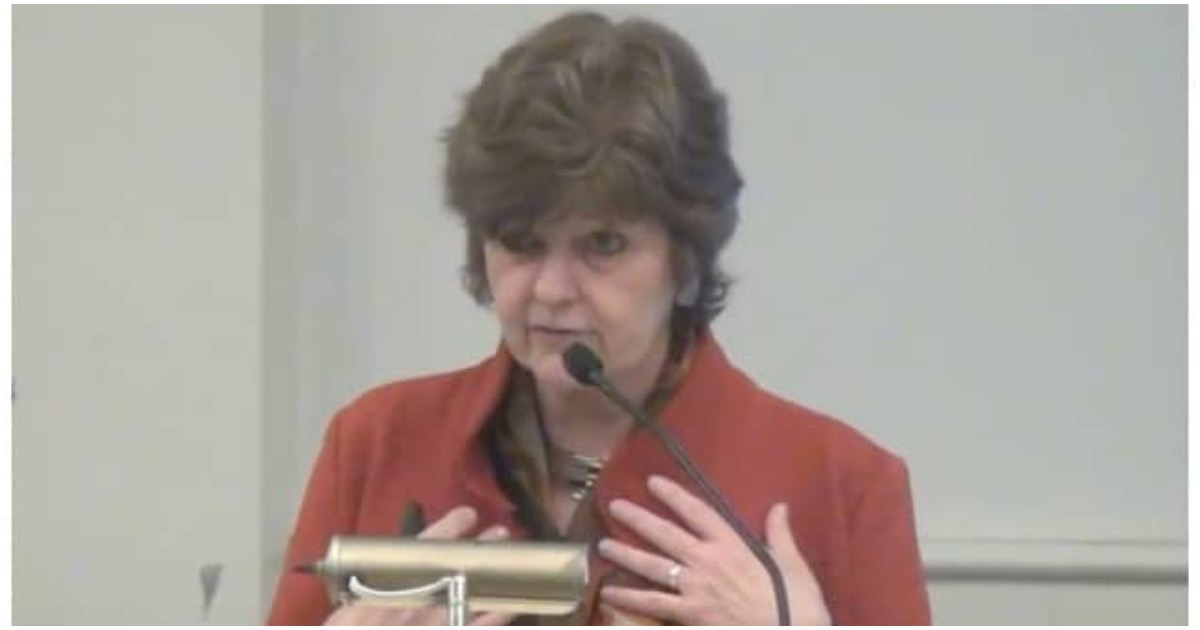 If you’re a conservative student, you might want to steer clear of her classes. If you’re liberal, you’ll love it.

According to Nancy, conservatives and Libertarians vote the way they do because they’re “on the autism spectrum.”

A Duke University professor suggested that conservatives and libertarians “seem to be on the autism spectrum,” according to a Tuesday report.

Nancy MacLean, a Duke history and public policy professor, made the remark during a February lecture on her book, “Democracy in Chains: The Deep History of the Radical Right’s Stealth Plan for America,” reported Campus Reform.

“As an author, I have struggled with this, and I could explain it in different ways. I didn’t put this in the book, but I will say it here,” she answered. “It’s striking to me how many of the architects of this cause seem to be on the autism spectrum—you know, people who don’t feel solidarity or empathy with others, and who have difficult human relationships sometimes.”

“I don’t know, that is speculation,” she reminded the audience, but despite the disclaimer, an audience member later referred to “autistic libertarians” in a question. At another point in the lecture, MacLean also called Trump’s federal judicial appointees “illegitimate.”

Is autism a joke? Something to make fun of?

On MacLean’s book, “Democracy in Chains,” per Reason:

As readers will recall, Duke history professor Nancy MacLean wrote a widely-publicized book, Democracy in Chains, that purports to be an intellectual history of the late public choice economist James Buchanan, and his asserted vast influence on current American politics. Critics, most but not all of them libertarians initimately familiar with Buchanan’s life and legacy, have been harshly dismissive.

MacLean and her defenders have suggested that she and her book have the victims of a Koch-inspired libertarian ideological campaign, and that “real historians” would support MacLean. (MacLean, by the way, while dismissing her critics as ideologically motivated libertarians, never mentions her decades-long activism with the far-left International Socialist Organization, for which she wrote an article as recently as 2012.)*

Thus far, “real historians,” as in Ph.D. historians with positions in academic history departments, have been, to their shame, almost entirely silent in the face of this controversy. So I was pleased to hear that Stanford’s Jennifer Burns, author of a well-written and, more imporant, informative and fair biography of Ayn Rand, had a review of Democracy in Chains forthcoming. I expected at the very least a fair review, but understood that academic norms are such that it might not be as negative as I think is justified.

After all, MacLean’s words are pretty egregious.