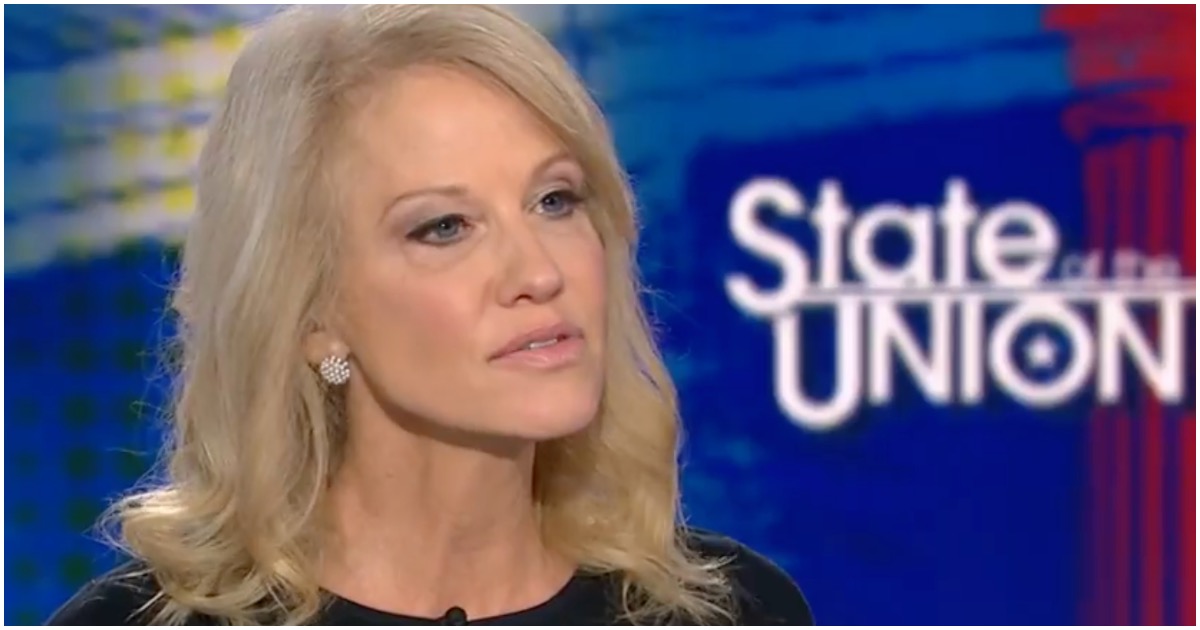 Counselor to the president Kellyanne Conway appeared on CNN with host Jake Tapper to discuss the hearings of Christine Blasey Ford and Brett Kavanaugh.

She got choked up when mentioning that she feels for women who have suffered sexual abuse, then admitted she was assaulted in the past.

“I feel very empathetic frankly for victims of sexual assault sexual harassment and rape that … I’m a victim of sexual assault. I don’t expect Judge Kavanaugh or Jake Tapper or Jeff Flake or anybody to be held responsible for that. You have to be responsible for your own conduct. This is not Bill Cosby. Those comparisons on your network are a disgrace and the anchor should have called them out. This is not even Bill Clinton. You have Senate Judiciary Committee members who refused to remove Bill Clinton from office after he received oral sex in the Oval Office and lied about it to a grand jury as President of the United States. The hypocrisy is ridiculous. And if not one Senate Judiciary Committee member changes his or her vote because of what they learned from the FBI investigation, that tells you all you need to know about what the president and Judge Kavanaugh has said is a sham. Let’s just be honest what this is about. It’s raw partisan politics. All women can’t, you know, I wan’t those women who were sexually assaulted the other day who were confronting Jeff Flake, ‘God bless them.” But go blame the perpetrator. That’s who is responsible for our sexual assaults. The people who commit them.”

Kellyanne Conway on CNN says people ask her how she talks to her daughters about all this, and her feeling is: "How do I talk to my almost 14-year-old son? This is Judge Kavanaugh now. It could be anybody by next week. Respectfully, it could be any man in any position now."

In 2017, Conway claimed she and others were sexually harassed by congressmen during her time working as a Republican political operative in Washington: https://t.co/PrG5mqJYdW https://t.co/A2wKmgVYgt

Senate leaders agreed to delay a final vote on Kavanaugh’s nomination to allow for a one-week FBI investigation. The Judiciary Committee has said the probe should be limited to “current credible allegations” against Kavanaugh and be finished by next Friday.

The FBI is not investigating Julie Swetnick, who has publicly accused Kavanaugh of sexual misconduct at high school parties.

Swetnick’s allegations have not been able to be corroborated and it has been revealed that she has an extensive history of involvement in legal disputes, including a lawsuit in which an ex-employer accused her of falsifying her college and work history on her job application.