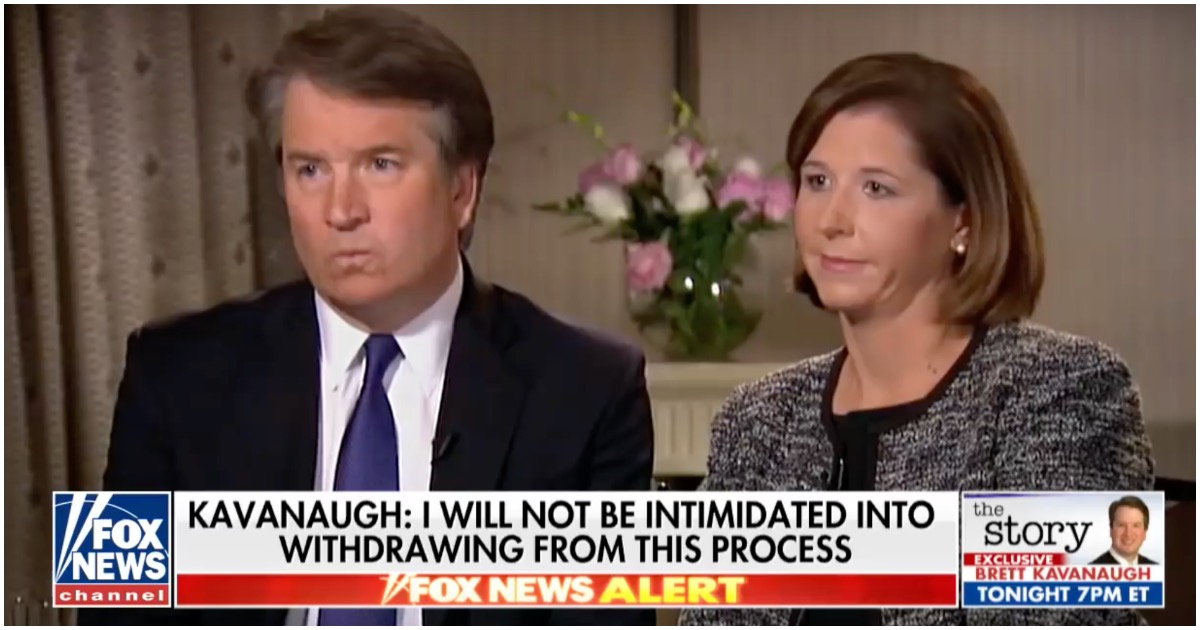 He and wife Ashley sat down with Martha MacCallum.

Earlier in the day, though, the judge released a statement declaring his innocence from any and all sexual assault allegations.

Brett Kavanaugh sent a letter to the Senate Judiciary Committee Monday reiterating his refusal to withdraw from the Supreme Court confirmation process amid allegations of sexual assault by two women.

“These are smears pure and simple. And they debase our public discourse. But they are also a threat to any man or woman who wishes to serve our country. Such grotesque and obvious character assasination—if allowed to succeed—will dissuade competent and good people of all political persuasions from public service,” Kavanaugh wrote. “As I told the committee during my hearing, a federal judge must be independent, not swayed by public or political pressure. That is the kind of judge I will always be. I will not be intimidated into withdrawing from this process. The coordinated effort to destroy my good name will not drive me out. The vile threats of violence against my family will not drive me out. The last-minute character assassination will not succeed.”

Brett Kavanaugh sends new letter to the Judiciary Committee, via @Arianedevogue: “I will not be intimidated into withdrawing from this process. The coordinated effort to destroy my good name will not
drive me out.” pic.twitter.com/XjvjN08CTr

During his interview with MacCallum, Brett made it clear to Dems with just four words – I’m not going anywhere.

Kavanaugh also says he was a virgin throughout high school and for years after:

Was a socialist plot behind the smearing of Kavanaugh?

The former neurosurgeon, who was appointed secretary of urban housing and development in March 2017, blamed the controversy over Kavanaugh’s nomination on people who want to ‘fundamentally change this country’.

‘They don’t like what America is and what it represents, and they want to change us to another system,’ he said.

‘In order to do that, there are three things they must control: the education system, the media, and the courts. The first two of those they have.

‘The other they thought they had, but it was snatched out from under their noses in November of 2016.’

Carson’s note may be legitimate.