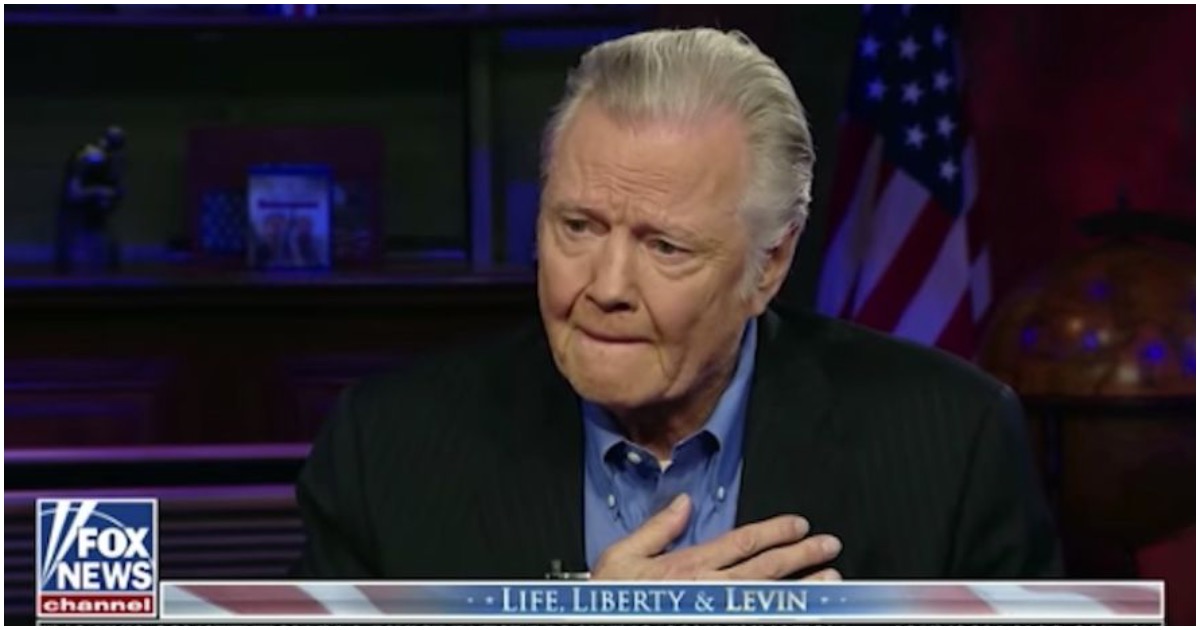 During one point in the interview, Voight broke down and began to tear up.

He also made the stunning claim that he’s not the only Trump supporter in Hollywood, which may come as a surprise to many conservatives.

“The virulence is because he’s effective,” Voight said. “He’s actually doing what said he would do. Amazing thing in itself, isn’t it?” Voight said on “Life, Liberty & Levin” Sunday.

He said Trump’s numerous successes have sent the leftist media into a state of “disarray,” and all they can do is attack the president and his administration.

“This is their dying breath. They have to stop him somehow. So you see these very extraordinary things they come up with, that’s what they do,” Voight said.

“Conjuring lies and slanders against this man trying to destroy this presidency. It’s that simple.”

.@jonvoight on what made him become a Trump supporter: "He was self-funding and that meant that he wouldn't have anybody that he had to appeal to in his decisions, which would have to be very strong and tough decisions." pic.twitter.com/wMU7KgaO5n

.@jonvoight: "I know that we have to keep focus and keep battling for what is true. And things will change, because the truth will prevail." pic.twitter.com/7fYL6LYT7B

So happy to see someone with his eyes wide open! Thank God!

I have said that for years. My father viewed JFK as a liberal, and today he would be a far right conservative. Shows you how far to the left the country has moved. The liberals have had a long game plan in order to move the country to the left and it has worked.

President Trump is doing exactly what he said he would do. And that's the problem with the left. They say it's because he is incompetent but the truth is they hate him because he is very competent and effective and have kicked their butts.

Not my graph. This is truth. Interactive graph at https://t.co/qeEZMc73fr. Emojis and some text mine. Now who owns the soaring market? That’s right your President, @POTUS ! Share with your fav liberal, but be careful, they will get TDS immediately! ???????????????? #MAGA2018 pic.twitter.com/xZpklZftpp