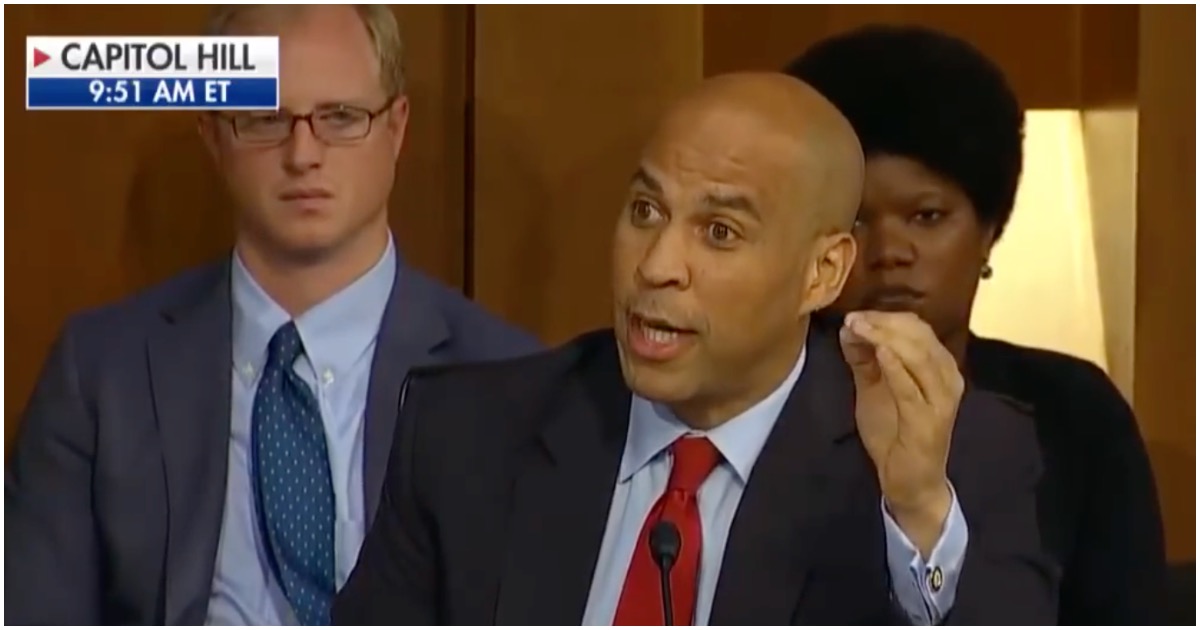 ***UPDATE: Booker didn’t release anything. The documents were cleared earlier in the day.

But it turns out the documents Booker “heroically” released, even saying this was his “Spartacus moment,” had already been cleared for publication at 4 a.m. this morning.

Therefore, he didn’t actually break any rules. He was simply grandstanding.

Judge Brett Kavanaugh’s Senate hearings have been a hot mess from day one.

Even more shocking was the news that liberal protesters were being paid in cash to disrupt the event.

As if all of that wasn’t outrageous enough, a Democrat Senator has now released ‘confidential’ documents on Kavanaugh.

Democratic Sen. Cory Booker, expected to run for president in 2020, said on Thursday that he will release a “confidential” email he claims shows Judge Brett Kavanaugh talking about racial profiling — and urged Republicans to try to expel him for violating Senate rules.

“Bring it,” a defiant Booker said. “I’m going to release the email about racial profiling,” the New Jersey Democrat said as the third day of Kavanaugh’s Supreme Court confirmation hearings began in the Senate Judiciary Committee.

Booker on Wednesday had asked Kavanaugh about a 2002 document in which, Booker claimed, the then-aide to President George W. Bush considered using racial profiling as a tool to battle terrorism after the terrorist attacks of September 11.

Booker says he understands he could be ousted:

Cory Booker says he's going to violate Senate rules and release an email kept confidential on "racial profiling" to "expose" that docs being withheld "have nothing to do with national security."

"I understand that the penalty comes with potential ousting from the Senate." (ABC) pic.twitter.com/fzAEM4J8Ej

Republican Sen. Charles Grassley dug into Booker, asking, “Can I ask you how long you’re going to say the same thing three or four times?”

More video on Booker from the hearing:

What Booker is attempting to do is get his name out there for the public to notice. He’s most likely going to run for president in 2020.