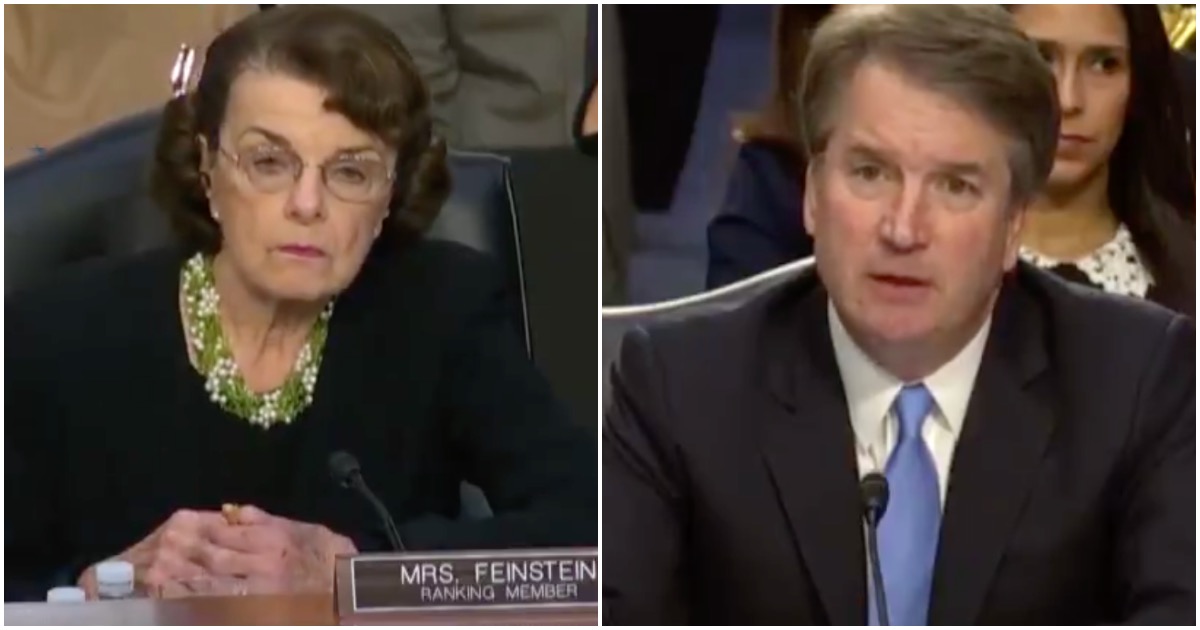 Democrats are doing everything in their power to keep Judge Brett Kavanaugh as far away as possible from the Supreme Court, yet even CNN admits they don’t have a prayer of accomplishing that. The ‘no’ votes just aren’t there.

Still, Congressional Dems are trying to make it seem as if Kavanaugh would help to overturn Roe v. Wade if given the opportunity.

Time and again Kavanaugh has stated that he is a fan of precedent. Sen. Dianne Feinstein (CA) hasn’t received the memo.

Check out Kavanaugh’s response to Feinstein. She should feel pretty embarrassed.

Granted, Cory Booker has likely taken all of the crazy pills today (whoo boy that Spartacus thing was BAD), but at this point, we’re pretty sure we’ve had some ourselves watching this lunacy day in and day out with the hearing.

More on the Kavanaugh hearing, via Fox News:

Kavanaugh, President Trump’s pick to replace retiring Justice Anthony Kennedy on the Supreme Court, appeared for the second day of his confirmation hearing before the Senate Judiciary Committee. It’s the first day senators have to question Kavanaugh.

Feinstein also asked Kavanaugh about past comments regarding investigations involving a president, a key issue amid the Russia probe that has implicated numerous Trump associates. A staffer held up a sign with a 1999 law review quote from Kavanaugh that said, “If the president were the sole subject of an investigation, I would say no one should be investigating that.”

Kavanaugh said he’s never taken a position on the constitutionality of whether a president should be investigated while in office. He claimed those past comments were about the “balance of a president fighting a war, leading a war, and a president subject to say ordinary civil lawsuits,” like former President Bill Clinton faced.

Kavanaugh, a former lawyer under President George W. Bush, used the hearing to portray himself as an independent judge.

If even CNN knows that Kavanaugh will be confirmed, shouldn’t Congressional Democrats take notice and stop putting on a charade?

The only thing Dems are doing here is delaying the inevitable. Kavanaugh will be a member of SCOTUS.

The petty partisanship needs to end in order for the nation to heal its divide.