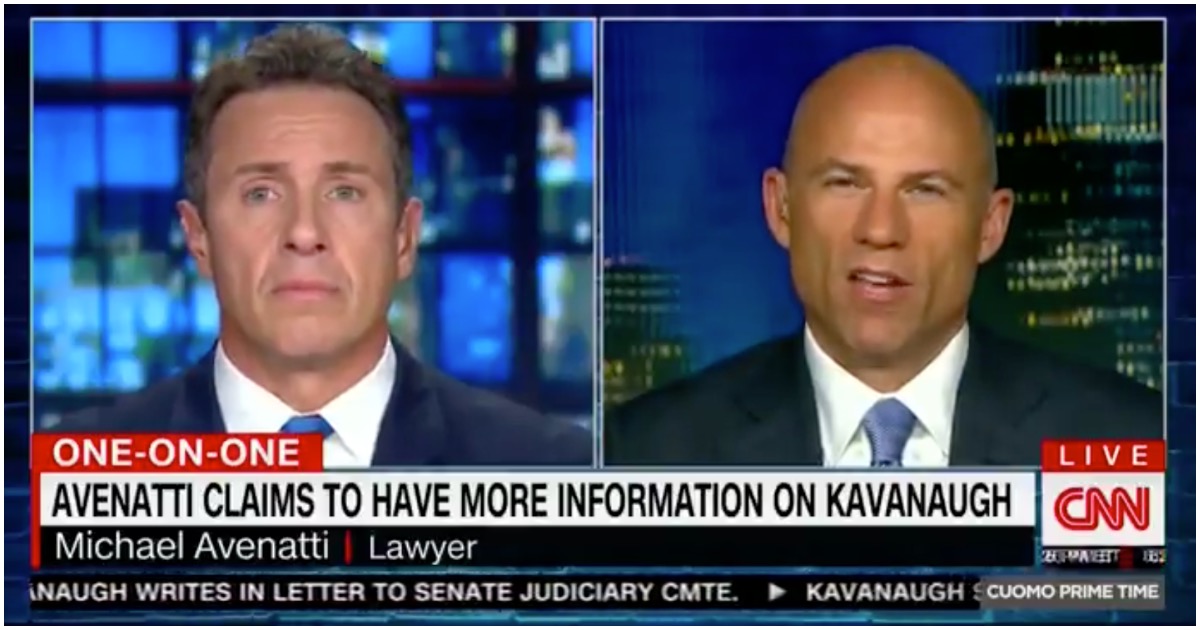 During his sit-down interview with Fox News on Monday night, SCOTUS nominee Brett Kavanaugh said he was a virgin throughout high school and for years after.

To Stormy Daniels’ lawyer Michael Avenatti, a potential 2020 Democrat presidential candidate, Kavanaugh’s lack of sex life as a teenager is something to mock.

Am I the only one that thought he was getting worked up & turned on during his interview? #CreepAlert

He strikes me as a guy on a trajectory to a spectacular failure real soon, all on his own.

One person described Avenatti as “creepy”…

Wow! @MichaelAvenatti really is about as creepy as anyone I could possibly imagine.

Kavanaugh on his virginity:

During the interview with Martha MacCallum, Brett made it clear to Dems with just four words – I’m not going anywhere.

She makes it clear that the sexual assault allegations made by Christine Blasey Ford do not need to be proven by Senators.