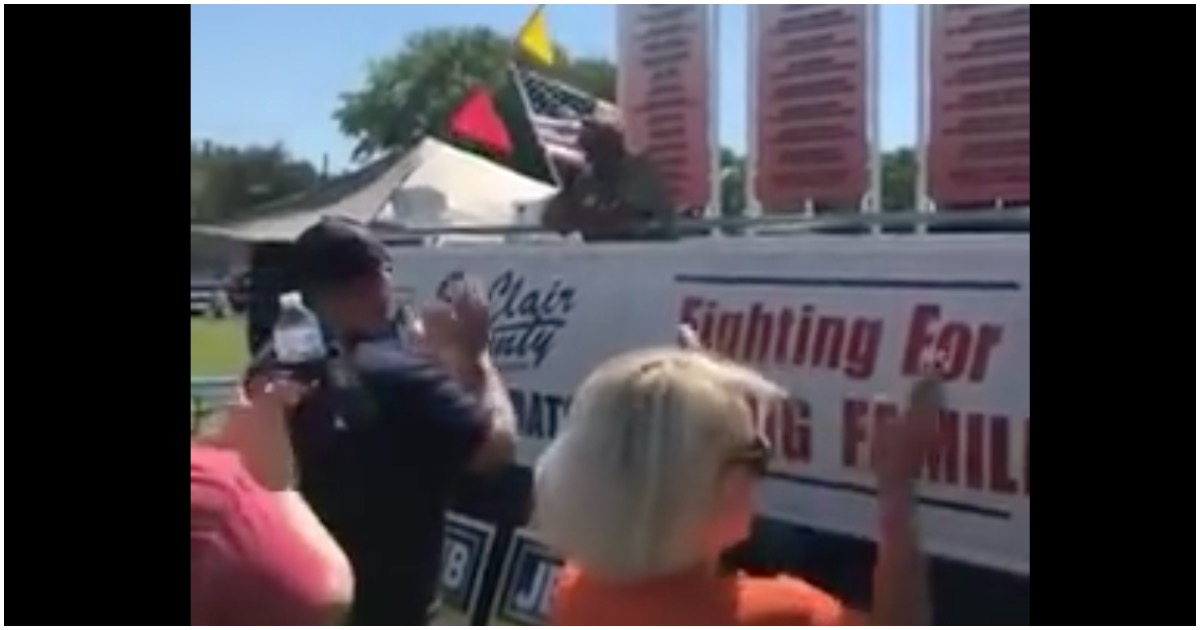 America is dealing with far too many problems at the moment to add more.

For example, encouraging voter fraud is something that should be happening in banana republics – not in the United States.

That didn’t stop a Democrat leader in Illinois from urging fellow liberals to “Vote early, vote often. Whatever you can get away with!”

The announcer’s words: “J. B. Pritzker, he’s going to win. He’s going to win big. But he won’t win if we don’t get out and vote. We need the early vote. Like I say, we can play East St. Louis, vote early, vote often. Whatever you can get away with. I shouldn’t say that, but I really don’t care.”

More on J.B. Pritzker, who was wiretapped discussing black politicians, via Fox 32 Chicago:

The Chicago Tribune late Monday published the previously unreleased recording from a decade-old investigation of Blagojevich, a Democrat now imprisoned for convictions that included trying to trade an appointment to Barack Obama’s vacated U.S. Senate seat for campaign cash.

Pritzker, a billionaire businessman who’s considered the front runner in the March 20 primary, apologized on Tuesday during a news conference at a southern-style cafeteria on Chicago’s West Side where he was joined by African-American supporters.

“I regret the conversations in many ways, the words that I used, and the things that I didn’t say on that call that I would have preferred to have said… I can do better and I have,” Pritzker said. “I clearly made a mistake that day and I clearly wasn’t my best self.”

On the recording, Pritzker suggests Blagojevich appoint Secretary of State Jesse White rather than other African- Americans, including Jesse Jackson Jr. or Obama adviser Valerie Jarrett. He says doing so “covers you on the African-American thing.”

“Of all the African-Americans that I can think that are sort of like qualified … and people will say ‘Oh – that’s, you know that’s, that’s a pretty good pick,’ the one that’s least offensive and maybe gets you the most because it gets you that secretary of state appointment is Jesse White.”

It was reported in 2017 that Pritzker, a billionaire and heir to the Hyatt Hotel empire, once pleaded guilty to writing a “worthless check,” which is a misdemeanor.

Court records obtained by POLITICO show that Pritzker, who is exploring a run for Illinois governor, pleaded guilty in 1986 to a misdemeanor count of writing a bad check.

Two years later, he was charged with writing a bad check for an even smaller figure: $17.72, records show. The charge involving the second check, written to Big Star, a grocery story chain at the time, was dismissed. The second charge came in 1988, but records show the check was written in July of 1985.

In a statement to POLITICO, Pritzker, through a spokesperson, accused a potential gubernatorial opponent of planting a story about “two checks totaling $78 dollars that were accidentally written 30 years ago while JB was in college.”