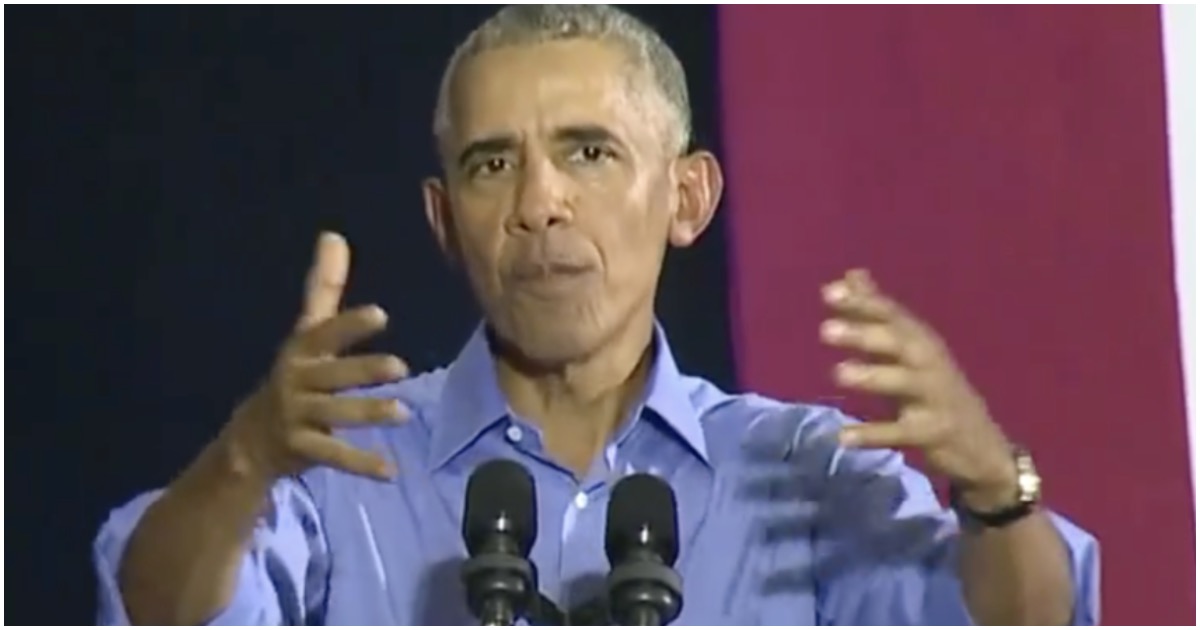 Democrats are constantly bashing President Donald Trump for doing such a poor job in office, and yet Barack Obama has no problem taking full credit for the current thriving economy.

At some point, Democrats are going to have to pick a lane.

Obama went to Ohio on Thursday to slam Trump once again, while claiming the president and Republicans didn’t even break a sweat to help economic success.

President Obama pushed back against President Trump, stating that the positive economic swing is actually a result of his term in office and not the current administration, at an Ohio rally on Thursday night.

“We worked hard to turn this economy around when I was president and Rich was there. And the actions that we took during the economic crisis returned the economy to healthy growth, initiated the longest streak of job creation on record, which continues to today,” Obama stated.

Obama added: “So just remember that when you hear these folks bragging about this economic miracle. Just remember when it started. Just remember when the ball got rolling. We spent eight years pushing that boulder up the hill, we finally get to the top, it starts rolling down the hill and then these folks come in and say look at what we’re doing. They’re standing there, didn’t even break a sweat.”

Obama constantly pressed Trump in 2016 on how he would make America great again, only to find out Trump has accomplished most of the things he said he would in such a short amount of time.

In June of 2016, Obama mocked Donald Trump while speaking at a town hall in Indiana.

Obama slammed Donald Trump for claiming he would use his business acumen to jump start the economy and create jobs.

“He just says, ‘I’m gonna negotiate a better deal.’ Well how? How exactly are you going to negotiate that?” Obama arrogantly said to the audience of useful idiots. “What magic wand do you have? And usually the answer is, he doesn’t have an answer.”

In light of tremendous job growth and economic improvement since becoming president, Trump responded to Obama’s 2016 remarks by trolling him harder than possibly anyone ever has:

“President Trump would need a magic wand to get to 4% GDP,” stated President Obama. I guess I have a magic wand, 4.2%, and we will do MUCH better than this! We have just begun.

Trump is the GREATEST President in modern history. He has the economy booming, ISIS defeated and Americans back at work. Thank you, Mr. President!

Well done President Trump it's so wonderful to have a President who is putting America first for a change ‼️ pic.twitter.com/j7MBZUcFXj

Good question especially since he said on video that Trump could never bring back jobs or reach a 4.0 GDP, well he not only reached it, he beat it! #ObamaCrimes #ObamaFraud pic.twitter.com/4bgrBY2Hfs

During a speech at the University of Illinois, Obama refused to refer to Donald Trump as “president.”

During his speech, Obama referred to himself 102 times – via American Mirror: