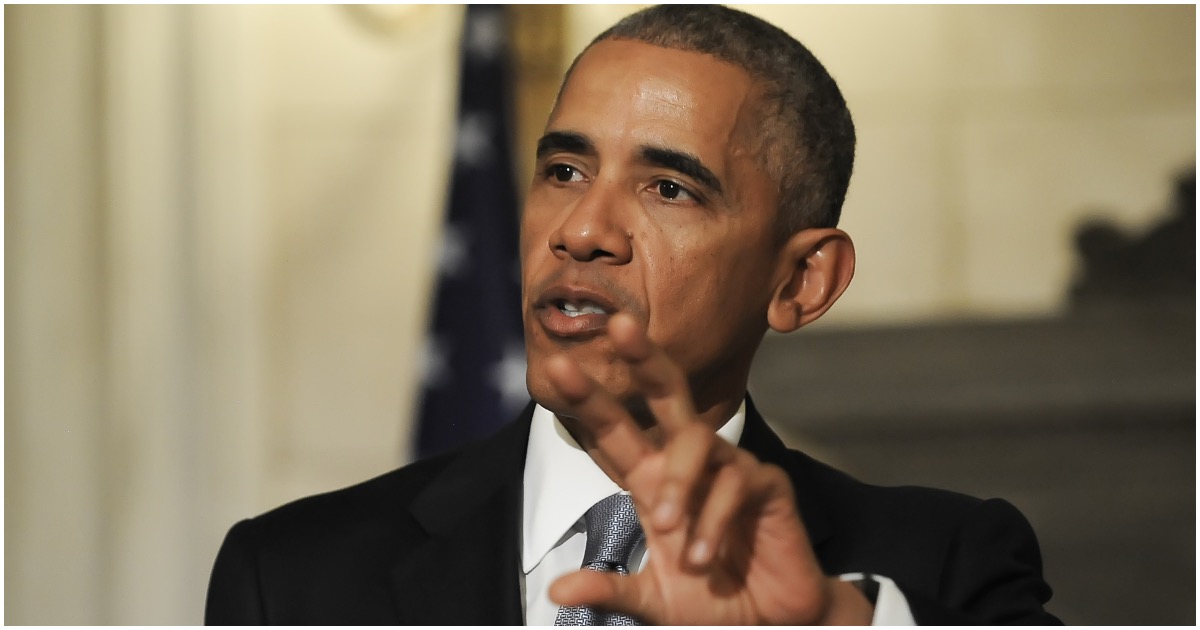 Barack Obama has been accused of numerous allegations over the years.

Why he’d want to take credit for the success of the current booming economy makes no sense, considering Trump is doing such a bad job.

And yet, 44 can’t seem to stay out of the spotlight.

You be the judge…

Former President Barack Obama takes credit for the success of the US economy while campaigning for Ohio Democratic gubernatorial candidate Richard Cordray: “When you hear these folks bragging about this ‘economic miracle,’ just remember when it started” pic.twitter.com/eDKBi6lLVm

The very day you hit the road… pic.twitter.com/C2ste47cZf

While in Illinois, Obama refused to refer to Donald Trump as “president.”

Former President Barack Obama plunged headfirst into the fight for the midterm election on Saturday in Anaheim, lending his political might to seven Democratic congressional candidates running in key GOP-held districts, while warning voters of the risks of keeping Republicans in power.

“If we don’t step up, things can get worse,” Obama told a crowd of 900 Democrat faithful at the Anaheim Convention Center. “We have a chance to flip the House of Representatives; to say ‘enough is enough.’”

Get worse how? And for whom, exactly?

Isn’t unemployment down dramatically across the board? Isn’t the stock market thriving?

BREAKING President Obama, speaking at an election rally in Anaheim, California, says the US mid-term elections present “a chance to restore some sanity in our politics” by instituting “real checks and balances in Washington.”

Obama’s Southern California appearance came a day after he appeared at the University of Illinois to issue a searing indictment of his successor – a rarity for a former American president – criticizing Trump and the GOP for practicing “a politics of fear and resentment” and calling their actions a “threat to democracy.”

But on Saturday, Obama offered a more unifying message, reminiscent of his own campaign speeches. He told the supportive audience that Democrats have a chance to win over independents and Republicans who are disenchanted with the current GOP brand of politics, and called on attendees to rally turnout by making phone calls and knocking on doors. He said political indifference is “the biggest threat to our democracy right now.”

Let us know your thoughts!