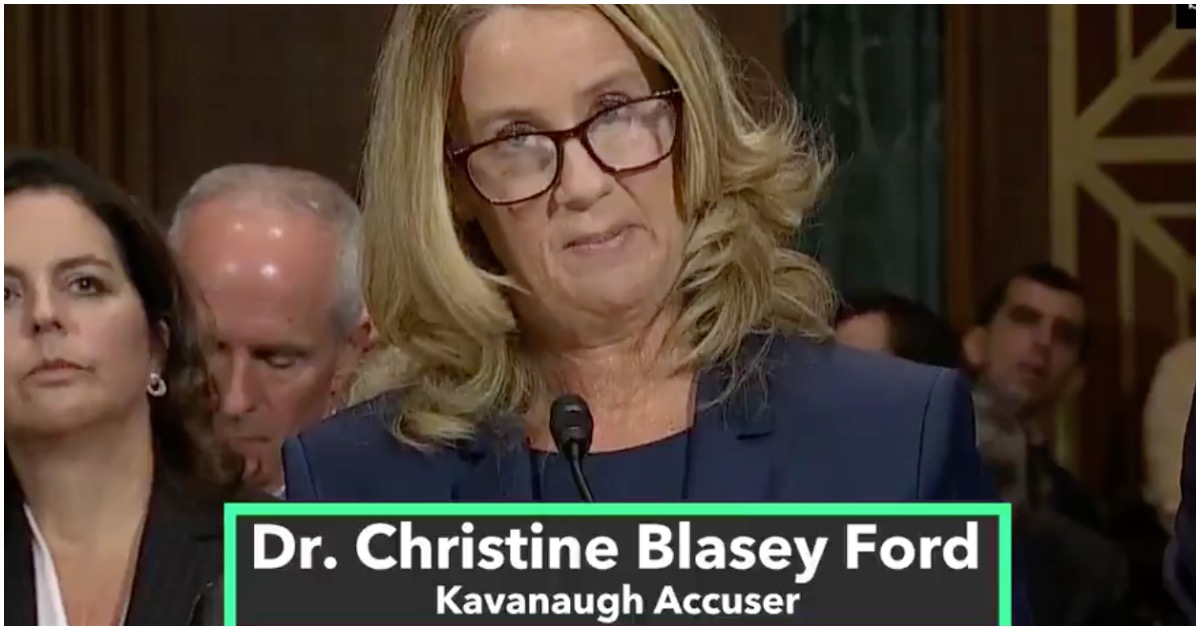 During her opening remarks before the Senate Judiciary Committee, Christine Blasey Ford claimed her “mind is getting tired.”

She said she doesn’t remember “as much as I’d like to” about the alleged sexual assault by SCOTUS nominee Brett Kavanaugh 36-years ago.

During her opening remarks, Ford admitted, “I don’t have all the answers, and I don’t remember as much as I would like to.”

Christine Blasey Ford: “I don't have all the answers, and I don't remember as much as I would like to. But the details about that night that bring me here today are ones I will never forget” #KavanaughHearings #tictocnews pic.twitter.com/G5HnG4TQTo

#RT @foxnewsradio: Dr. Christine Blasey Ford: “I don’t have all the answers, and I don’t remember as much as I would like to. But the details about that night that bring me here today are the ones I will never forget.” pic.twitter.com/ganznDegzB

My mind is getting a little tired #ChristineBlaseyFord

My mind is getting a little tired because it is hard to remember all the coaching points I got. #ChristineBlaseyFord #KavanaughHearings ????????

Christine Blasey Ford: "My mind is getting a little tired." Whaaat? One of my dearest friends is 98 years old. He was ordained at 16. He has never been tired.

Margaret Valois is a lawyer who specializes in sexual assault cases.

She believes Blasey Ford is suffering from a case of “mistaken identity,” which would explain why there are still so many questions surrounding the alleged sexual assault at the hands of Kavanaugh.

This is kind of a big deal.

Despite Dr. Christine Blasey Ford’s testimony Thursday that she was “100 percent” certain it was Brett Kavanaugh who assaulted her when they were both in high school 35 years ago, attorney Margaret Valois — who specializes in sexual assault cases among college students— still believes Ford’s charge against the Supreme Court nominee is dealing a case of mistaken identity.

“I don’t think she can be certain that it was Judge Kavanaugh,” said Valois, who first advanced the “mistaken identity” theory with Newsmax a week ago.

Valois added, “How can she be certain if she cannot address the other circumstances with certainty—location, date, time, and the other people involved?”

If this is a case of “mistaken identity,” it won’t matter to Kavanaugh and his family.

Regardless of the outcome, his name and his reputation are forever tarnished.