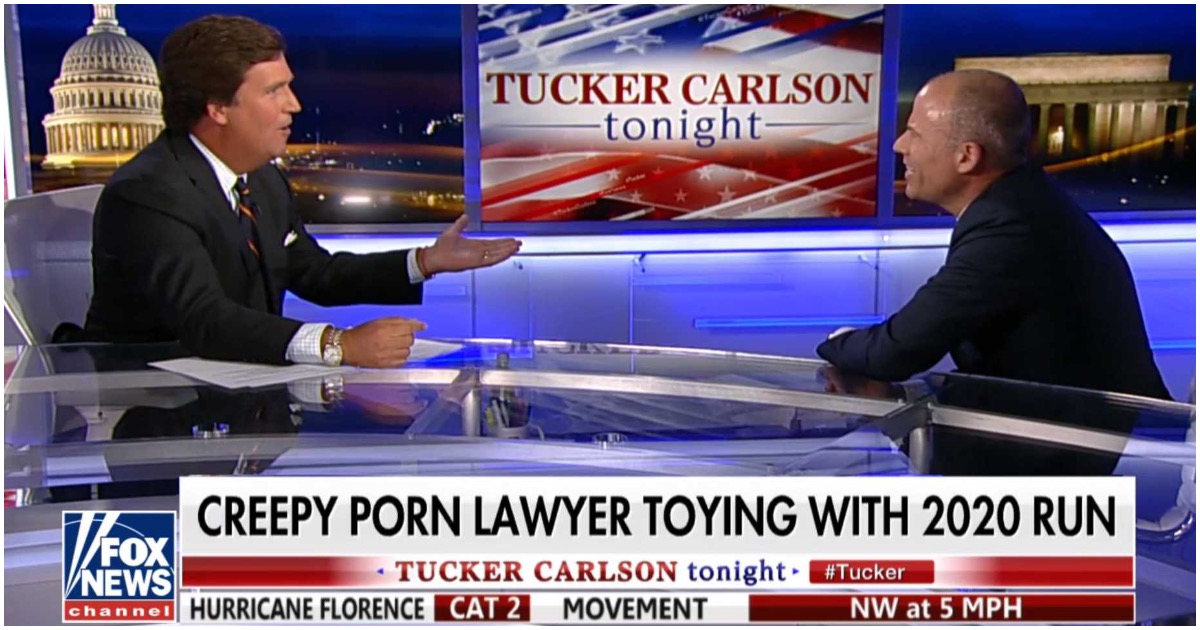 On Thursday night, Avenatti made his way to the set of “Tucker Carlson Live.”

Not long into their conversation, the intense back and forth began – and it is must watch TV.

Carlson said that Avenatti was engaging in “reckless rhetoric” and accusing Russia of “an act of war” in its alleged meddling in American elections, when Avenatti compared the allegations to posting Russian troops on its American border.

“I’m not making fun of, hold on, slow down!” Carlson replied.

Avenatti is seriously considering a run for president in 2020.

He’ll make that decision clear in early 2019, as he said while speaking with MSNBC’s Ari Melber.

MELBER: Do you plan to run for president?

MELBER: When will you make the decision?

AVENATTI: I don’t know yet. I’m gonna make it in the coming months – but let me say this: There’s an enormous amount at stake in 2020. The Democrats have to nominate a real fighter – not a paper tiger, not a make-believe fighter – a real fighter that’ll take the fight to this guy.

MELBER: Right, but if you’re a serious fighter, and you’re really gonna run, you know how this works. It’s just like court. The deadlines matter. Hillary Clinton had publicly declared by April 2015, which for us would be the equivalent of the April after the midterms, and she’d made a lot of moves before then. Will you decide by January, by the start of the new year?

AVENATTI: I promise you I’ll decide by April.

I wanna be really clear about something – this is not a TV tease. I mean, this is for real. I’m strongly looking at this. That’s why I’m traveling around the country; I’m listening to people. And look, people have been very enthusiastic because they want a fighter. The Democrats need a fighter, and they better nominate somebody that can actually beat this guy because we have an enormous amount at stake in 2020. We cannot screw this up.

It would seem as though Michael needs to do a lot more interviews over the coming months.

As of right now, he doesn’t really have any name recognition compared to others considering runs.