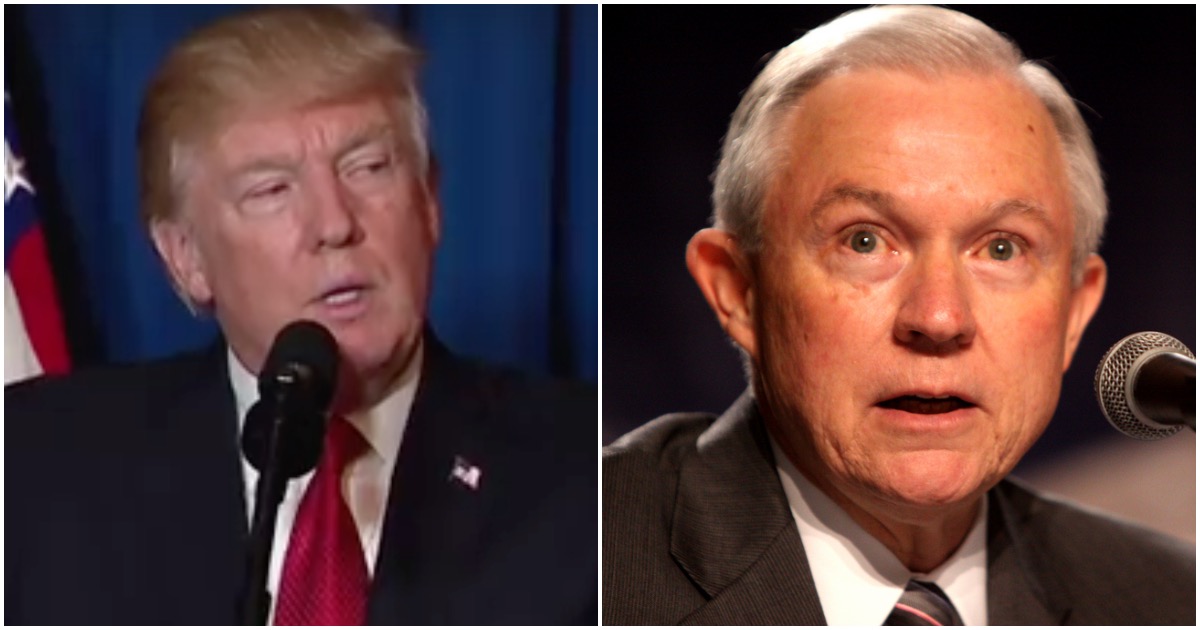 President Donald Trump has not seen eye to eye with his attorney general seemingly since the day after Jeff Sessions was confirmed in the Senate.

Trump’s main gripe with Sessions is that he isn’t doing a good job. It’s that simple.

The president wants his AG to be the attack dog he was expecting – a pit bull, if you will. Instead, it would appear 45 believes he chose a chihuahua.

Trump’s latest jab at Sessions has to do with the AG putting two Republican seats in jeopardy come the November general elections.

Two long running, Obama era, investigations of two very popular Republican Congressmen were brought to a well publicized charge, just ahead of the Mid-Terms, by the Jeff Sessions Justice Department. Two easy wins now in doubt because there is not enough time. Good job Jeff……

….The Democrats, none of whom voted for Jeff Sessions, must love him now. Same thing with Lyin’ James Comey. The Dems all hated him, wanted him out, thought he was disgusting – UNTIL I FIRED HIM! Immediately he became a wonderful man, a saint like figure in fact. Really sick!

Who are the two Republicans to whom Trump is referring, exactly?

That would be Reps. Duncan Hunter of California and Chris Collins of New York, both of whom were recently indicted by the FBI.

TIME has the scoop:

Hunter and his wife were charged in August with using more than $250,000 of campaign funds for personal expenses, including vacations and their children’s school tuition. Hunter called the charges “pure politics” and said his wife was responsible for their finances. His chief of staff also told The Los Angeles Times that Hunter has no plans to end his campaign for re-election.

Collins, meanwhile, was indicted in August on insider trading charges, prompting him to suspend his campaign for re-election. Collins allegedly made stock trades using inside information about a biotechnology company.

Interestingly enough, Collins was the first member of Congress to endorse Trump’s bid for the presidency during the 2016 campaign.

As far as Sessions’ job security goes, Trump says he is safe – for now.

But the president also blasted Sessions for failing to rein in what he called an “illegal investigation” by Special Counsel Robert Mueller into whether Trump and his campaign aides colluded with Russians in the 2016 election.

“I just would love to have him do a great job,” Trump said Thursday in an Oval Office interview with Bloomberg News. Asked if he’d keep Sessions beyond November, he declined to comment. “I’d love to have him look at the other side,” he said, reiterating calls for Sessions’s Justice Department to investigate Democrat Hillary Clinton and the origins of the Russia probe.

“I do question what is Jeff doing,” Trump said.

What are the odds Sessions is canned before the end of the year? Any guesses?