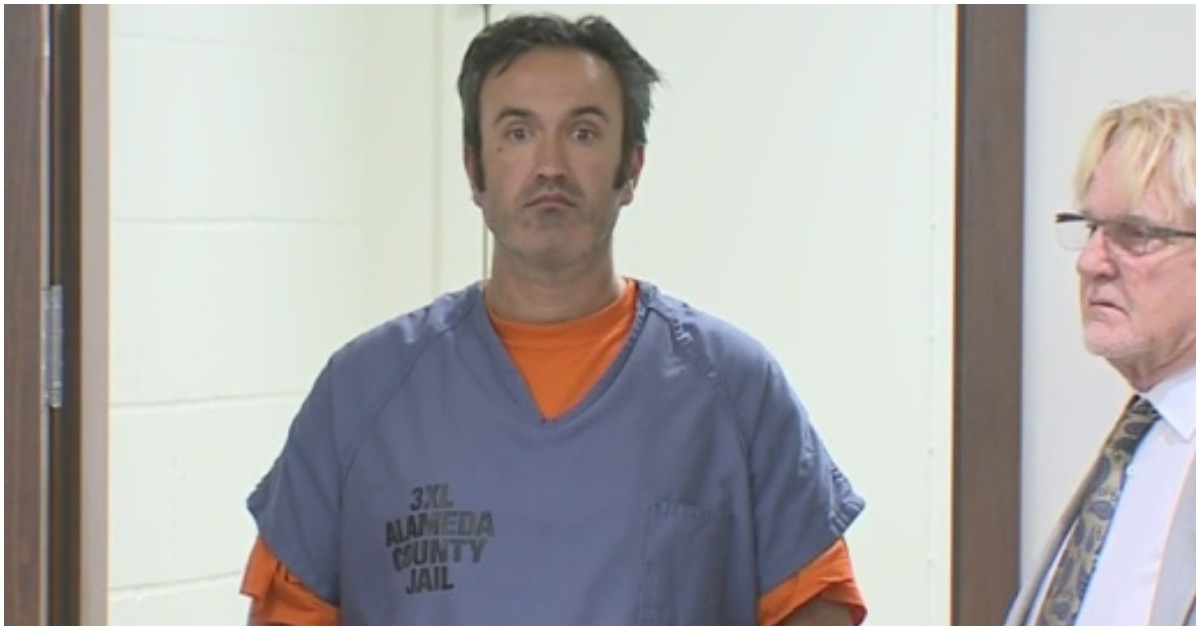 California Republican Congressional candidate Rudy Peters was nearly murdered by a deranged man with a switchblade.

However, what Fazeli shouted before attempting to stab Peters says everything a person needs to know.

Here are the two words:

“Then he stops and he turns around and says, ‘I’ll show you,’ and he charges my table,” Peters said.

When Fazeli then hurled a coffee cup at the booth, Peters said he stood up and threw him to the ground, adding, “I didn’t hit or punch him, I just leg-swooped him.” But Fazeli allegedly came at Peters again.

“He immediately hops up, reaches into his pocket, and pulls out a knife,” Peters said. “He’s circling me and saying, ‘I’m going to kill you, motherf***er.’”

It would appear Trump derangement syndrome is alive and well.

On Sunday, September 9, 2018, about 3:45pm, ACSO deputies were assigned to the Castro Valley Fall Festival when they were alerted to a possible knife attack at one of the vendor booths.

Deputies arrived at the booth and made contact with the victim who is running as a political candidate for a local congressional seat.

According to witness statements, Farzad Fazeli (35) approached the victim in an aggressive manner and made disparaging remarks about his political party and elected officials. During the incident, Fazeli is suspected to have pulled out a switchblade knife and attempted to stab the victim. The knife malfunctioned and the victim became involved in a physical struggle with Fazeli.

Fazeli fled the scene but was detained a short time later by deputies. A switchblade knife was located on his person.

Fazeli was placed under arrest for felony assault, criminal threats, brandishing a weapon and possession of a switchblade knife. He was booked into Santa Rita Jail.

No serious injuries were reported as a result of the incident. The case has been forwarded to the District Attorney.

Fazeli’s bail was set at $55,000. His family said they plan to get him out of county jail Tuesday night. He has a stay away order to keep his distance from Peters after the incident.

According to his campaign website, Peters is a founder and co-owner of AARD Solutions, a company that specializes in systems engineering and targets U.S. government intelligence agencies. He has lived in Livermore since 1991.

Damn, must have missed the articles about dems murdering journalists in a news room because they were fake news, or ramming a truck into a local Fox station for being treasonous, or running over someone at a White Nationalist rally (spurred on by Trump propaganda)

So is this a “How dare you have a different opinion than me” situation?

A crazy Bernie supporter shot four or five congressman last year. It could have been a massacre, if they did not have private security with them.

Let me guess: he will be out in a few days with no lawsuit brought against him because he was “fighting the good fight”

The #Democrat party, everyone, lead by the rabid @RepMaxineWaters and delusional @NancyPelosi.