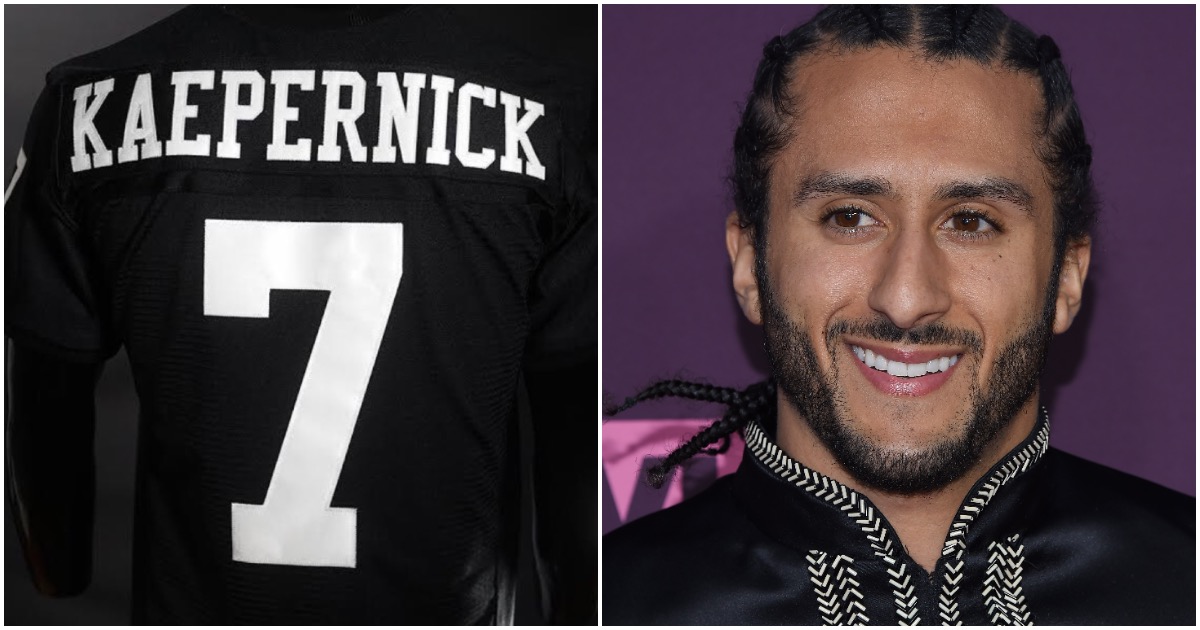 Nike went out on a limb by signing Colin Kaepernick to a lucrative endorsement deal.

While the brand is doing just fine once again financially, they knew they’d receive fierce backlash by partnering with an unemployed quarterback who became famous by kneeling for the national anthem.

Now, after Nike gave Kaepernick an even larger platform he has proceeded to virtually stab them in the back.

Here’s how, per Western Journal:

Kaepernick’s deal with Nike appeared to be rather lucrative — multi-millions of dollars for multiple years — with a Yahoo NFL reporter detailing the terms of the deal to include a branded line of shoes, shirts, jerseys and other apparel bearing Kaepernick’s name and/or likeness. Plus there are royalties on the sales of such items.

One would assume that such a lucrative deal would also be an exclusive one as well, given the incredible amount of publicity brought to both Nike and Kaepernick by the arrangement, but a report from BizPac Review has revealed that such assumptions would be flat out wrong.

The former San Francisco 49ers quarterback — who launched the anti-American protests of the national anthem prior to NFL games in 2016 after losing his starting quarterback role — has also now launched his own line of branded apparel, separate from the Nike merchandise that will bear his brand.

Colin Kaepernick selling jerseys on his website for $175, 20% of proceeds going to @yourrightscamp. Not made by Nike. pic.twitter.com/HHAANgK9c7

For Colin to sell his own jerseys, not made by Nike, at a price of $175 a pop with only 20% of profits going to his charity, he has committed a truly hypocritical move.

For example, Kaepernick isn’t the biggest fan of America. That much should be obvious.

Lest we forget Colin was seen in 2016 wearing a t-shirt featuring ruthless Cuban dictator Fidel Castro, a man who kept his people in poverty while taking what he wanted.

With the 49ers visiting the Dolphins this week, San Francisco’s Colin Kaepernick engaged in a conference call with members of the South Florida media. However, one reporter wanted to discuss something that happened in August, when Kaepernick wore a shirt that appeared to show support for Fidel Castro, which led to a tense exchange.

The shirt depicted scenes from a 1960 meeting between Castro and Malcolm X, and it bore the phrase, “Like minds think alike.” Kaepernick wore it to a news conference after the 49ers’ third preseason game, which was when his refusal to stand during the national anthem became a major national story.

“In endorsing the rule of Fidel Castro, Kaepernick stood in defense of police brutality, systematic racism against people of color…” – @francesmartel

With the Kaepernick campaign, Nike is endorsing police brutality and torture of Afro-Cubans – https://t.co/6mSb1TmEix pic.twitter.com/jum58ljZ6s

Personally, I think Kaepernick felt strongly on some issues but in the beginning he didn't know how to be an effective political activist. I'm 100% with the "anti-police brutality" message but I will never try to defend pig socks, a Castro shirt & not voting. Nah