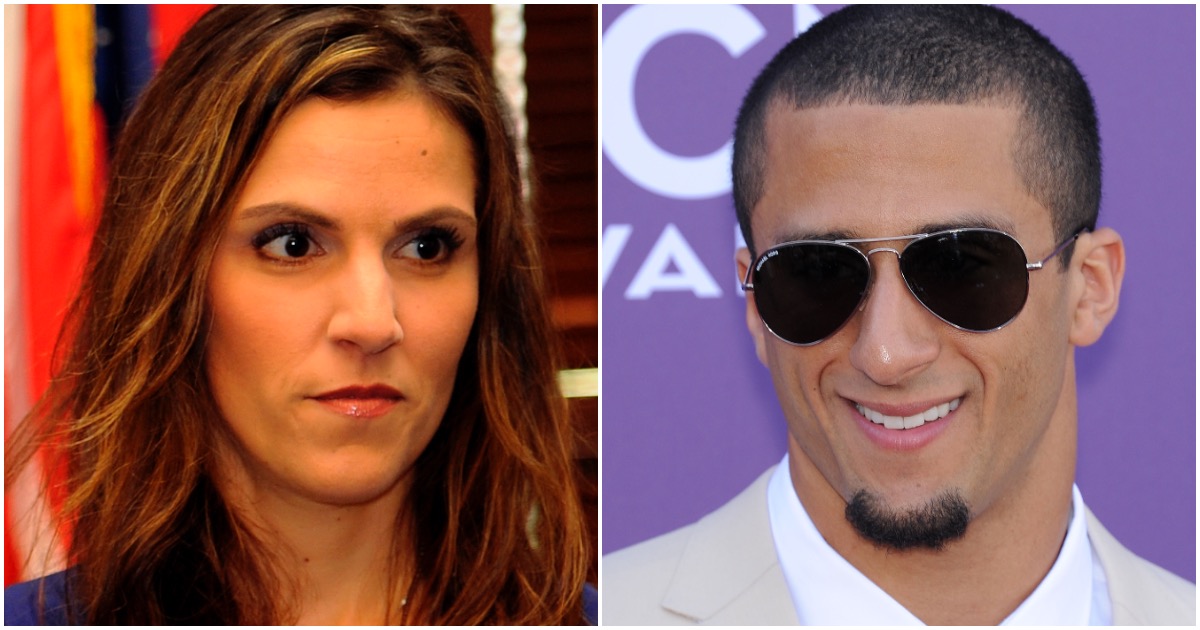 Taya Kyle is the widow of “American Sniper” Chris Kyle. Not only has Taya had to endure the loss of her husband, but also the onslaught of attacks from those who disagree with her family’s political views.

After Nike decided to make anthem kneeling quarterback Colin Kaepernick the face of their 30th anniversary “Just Do It” slogan, Taya was a little perturbed – as were a number of other proud Americans.

Here’s Taya’s brutal critique to Colin and Nike on what real “sacrifice” means, per Daily Caller via Taya herself:

Nike, I love your gear, but you exhaust my spirit on this one. Your new ad with Colin Kapernick, I get the message, but that sacrificing everything thing…. It just doesn’t play out here. Sacrificing what exactly? A career? I’ve done that both times I chose to stay home and be with my kids instead of continuing my business climb… and it wasn’t sacrificing everything. It was sacrificing one career and some money and it was because of what I believe in and more importantly, who I believe in.

At best, that is all Colin sacrificed… some money and it’s debatable if he really lost his career over it. Maybe he sacrificed the respect of some people while he gained the respect of others. Or maybe he used one career to springboard himself into a different career when the first was waning. I don’t know. What I do know is, he gained popularity and magazine covers he likely wouldn’t have gotten without getting on his knees or as you say, “believing in something.” I’m also thinking the irony is that while I am not privy to the numbers, it’s likely he gained a lucrative Nike contract. So yeah… that whole “sacrificing everything” is insulting to those who really have sacrificed everything.

Did you get us talking? Yeah, you did. But, your brand recognition was strong enough. Did you teach the next generation of consumers about true grit? Not that I can see.

Taking a stand, or rather a knee, against the flag which has covered the caskets of so many who actually did sacrifice everything for something they believe in, that we all believe in? Well, the irony of your ad..it almost leaves me speechless. Were you trying to be insulting?

Maybe you are banking on the fact we won’t take the time to see your lack of judgement in using words that just don’t fit. Maybe you are also banking on us not seeing Nike as kneeling before the flag. Or maybe you want us to see you exactly that way. I don’t know. All I know is, I was actually in the market for some new kicks and at least for now, I’ve never been more grateful for Under Armour.

Taya was clear and to the point. It’s not bold to kneel for the national anthem for a country that has afforded you everything.

Military members literally give their lives in order to keep Americans safe.

Taya’s message in a nutshell? Don’t disrespect the United States of America.