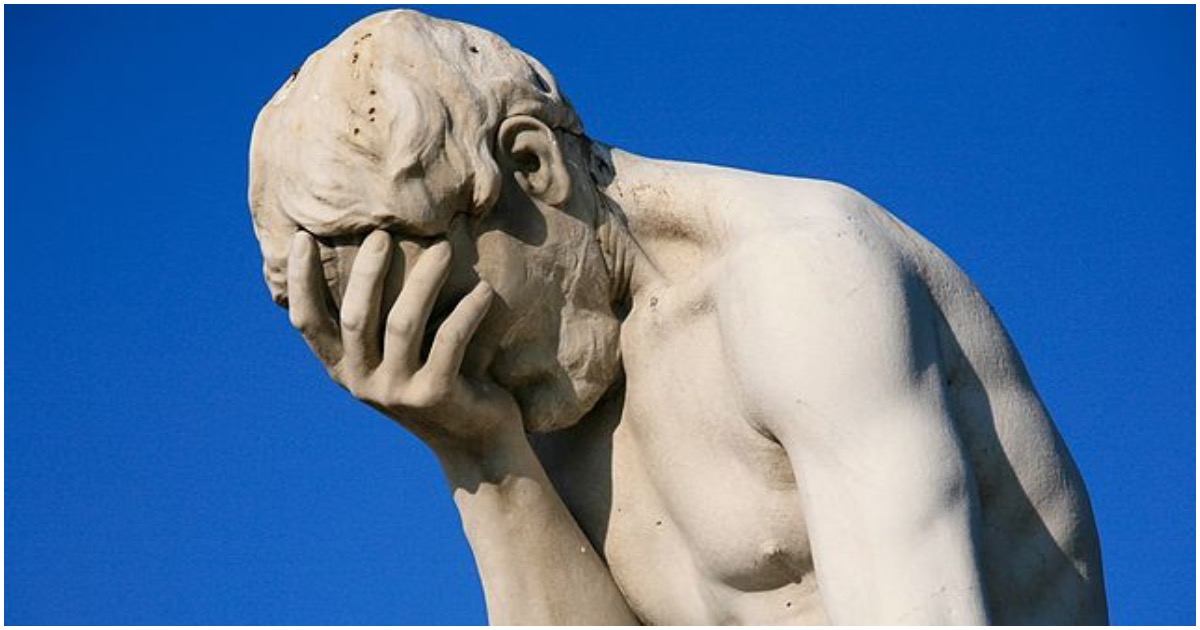 A woman named Cristina King Miranda said she went to the same school as Brett Kavanaugh and Christine Blasey Ford.

Well, now she’s not so sure anymore.

As Twitchy told you earlier, a woman named Cristina King Miranda tweeted that she graduated from Holton Arms, that she knew both Brett Kavanaugh and his accuser Christine Blasey Ford, and that she remembered the alleged incident being “spoken about for days afterwords [sic] in school.” She subsequently deleted the tweet:

Miranda’s latest tweet, which has also been deleted, clarifies that she doesn’t know what she told everyone she thought she knew:

In other words, Miranda is backtracking HARD.

What you did did not help her.

There. You got your 15 minutes of fame… Congratulations!

You posted complete hearsay & you’ve actually hurt Dr Fords case not helped. Your bias & prejudice displayed in your post was stunning to read. Bitter much?

So you offer nothing. Congrats.

NBC News actually ran with Miranda’s story – even after she backtracked.

.@KenDilanianNBC leaves out of this story that Ford in her therapist notes disclosed she never mentioned the incident to anyone prior to that session in 2012. Now why would he omit that? https://t.co/ZzDYSG6e7w

Blasey Ford has another wild excuse as to why she can’t testify on Monday – the day Senate Judiciary chair Chuck Grassley has made clear will be the day Senators vote to confirm Kavanaugh.

Kate DeVarney, a longtime friend of Christine Blasey Ford’s, is the second person to tell me Blasey Ford struggled to be in spaces without escape routes. Blasey Ford doesn’t like to fly, DeVarney said, bc an airplane is “the ultimate closed space where you cannot get away.”

This is a joke. This whole thing is a joke. Republicans should just confirm Kavanaugh and let the Democrats have a tantrum over it. Who cares at this point? https://t.co/t9ukRvPdX5

Grassley said they would go to California so I’m not sure why this is an issue. https://t.co/d4jKpPiEDD

Just when you thought you’d heard every possible excuse to avoid testifying https://t.co/irXvVLQBm9

Next she'll claim she can't testify because she's washing her hair that day.

Grassley offered to come to her.

More on Kavanaugh confirmation, per Politico:

Senate Judiciary Chairman Chuck Grassley will hold a committee vote on Brett Kavanaugh’s nomination to the Supreme Court if he cannot work out the details of an appearance before the panel next week by Christine Blasey Ford, who has accused Kavanaugh of sexual assault.

The Iowa Republican said if he doesn’t hear back by 10 p.m. on Friday evening or Ford decides not to appear, the committee will vote on Kavanaugh’s nomination on Monday. If he and Ford’s attorney can agree to hear her testimony next week, Grassley will postpone the Monday vote.

“We cannot continue to delay,” Grassley said. He and other Republicans want Ford to appear on Wednesday, though Ford has requested Thursday,

“Bullying a survivor of attempted rape in order to confirm a nominee — particularly at a time when she’s receiving death threats — is an extreme abuse of power,” she said.

After holding a conference call on Friday morning, the committee’s Republicans accepted some of Ford’s requests, such as allowing one camera in the room, making sure Kavanaugh and Ford aren’t in the same hearing room at the same time and giving Ford breaks during testimony as well as security from the U.S. Capitol Police.

The GOP, however, rejected requests to limit questions to senators only, make Kavanaugh testify first and to subpoena Mark Judge, who Ford claims was in the same room with her and Kavanaugh during the alleged incident in high school.