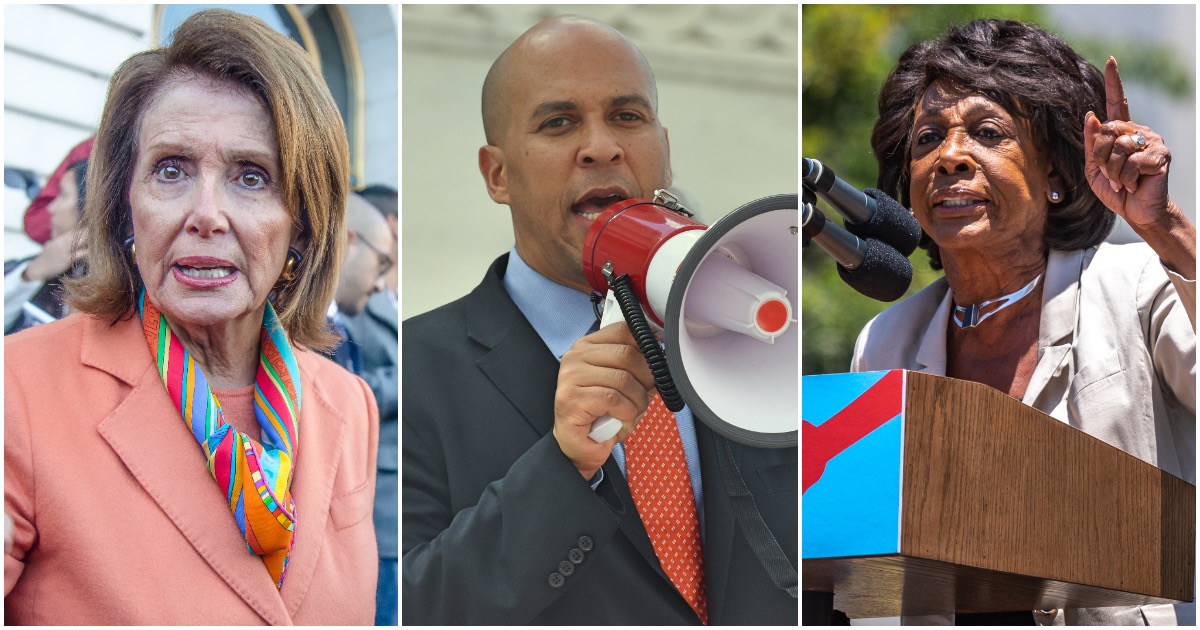 It’s not a secret that Democrats are willing to do whatever it takes to get President Donald Trump, his administration, and his agenda out of office.

Unfortunately, that often times means by any means necessary.

During the 2016 presidential election, Trump supporters were routinely mocked by the media and assaulted by Hillary Clinton voters. Those are just the facts.

The thing is, nothing has changed.

Now, the Republican National Committee has released a new ad they call “The Left is Crazytown.”

The video shows lefties disrupting the Senate confirmation hearings of future Supreme Court Justice Brett Kavanaugh, as well as Antifa antics and notable Democrat politicians calling for violence on the streets of America.

The Republican National Committee released a new campaign ad on Wednesday showing how the Democratic Party has become completely unhinged as they have embraced leftism.

The ad specifically shows left-wing protesters at Judge Brett Kavanaugh’s confirmation hearing this week who were arrested for erratic and disruptive behavior.

House minority leader Nancy Pelosi comments among a montage of left-wing protesters shouting down politicians and destroying public property, “I just don’t even know why there aren’t uprisings all over the country.”

The ad was release as progressives have gained attention for riotously protesting the confirmation of Judge Brett Kavanaugh during the Senate Judiciary Committee hearing. More than 70 protesters have been arrested during the first two days of the hearing.

“While people inside the beltway focus on palace intrigue and anonymous quotes, this ad focuses on what the media will not: Democrats have gone crazy and aren’t hiding it,” Steve Guest, spokesman for the RNC told The Daily Caller News Foundation. “Republicans will continue to deliver for American people while Democrats have become completely unhinged.”

Democratic Sen. Cory Booker, expected to run for president in 2020, said on Thursday that he will release a “confidential” email he claims shows Judge Brett Kavanaugh talking about racial profiling — and urged Republicans to try to expel him for violating Senate rules.

“Bring it,” a defiant Booker said. “I’m going to release the email about racial profiling,” the New Jersey Democrat said as the third day of Kavanaugh’s Supreme Court confirmation hearings began in the Senate Judiciary Committee.

Booker on Wednesday had asked Kavanaugh about a 2002 document in which, Booker claimed, the then-aide to President George W. Bush considered using racial profiling as a tool to battle terrorism after the terrorist attacks of September 11.

Booker says he understands he could be ousted:

Cory Booker says he's going to violate Senate rules and release an email kept confidential on "racial profiling" to "expose" that docs being withheld "have nothing to do with national security."

"I understand that the penalty comes with potential ousting from the Senate." (ABC) pic.twitter.com/fzAEM4J8Ej

Will the left’s tactics help them in November’s midterms? Time will tell.