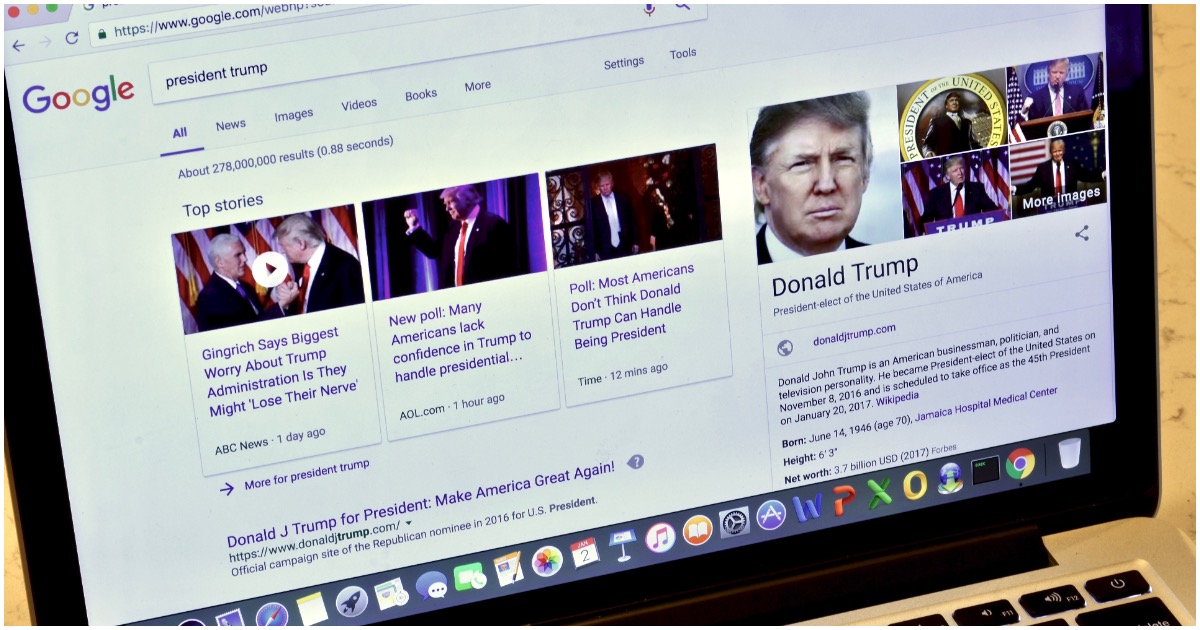 Google has not had a great week.

Now, it is being reported that after Trump defeated Hillary in the 2016 election, Google’s top dogs had a plan in place to thwart the president’s agenda.

A video recorded by Google shortly after the 2016 presidential election reveals an atmosphere of panic and dismay amongst the tech giant’s leadership, coupled with a determination to thwart both the Trump agenda and the broader populist movement emerging around the globe.

The video is a full recording of Google’s first all-hands meeting following the 2016 election (these weekly meetings are known inside the company as “TGIF” or “Thank God It’s Friday” meetings). Sent to Breitbart News by an anonymous source, it features co-founders Larry Page and Sergey Brin, VPs Kent Walker and Eileen Naughton, CFO Ruth Porat, and CEO Sundar Pichai. It can be watched in full above. It can and should be watched in full above in order to get the full context of the meeting and the statements made.

It was reported earlier this week that Google tried to boost turnout among the Latino population to help Hillary Clinton, only to be dismayed as the usually solid Democratic voting bloc switched to the GOP in record numbers. This video shows a similar level of dismay among Google’s most high-profile figures.

These individuals, who preside over a company with unrivaled influence over the flow of information, can be seen disparaging the motivations of Trump voters and plotting ways to use their vast resources to thwart the Trump agenda.

Co-founder Sergey Brin can be heard comparing Trump supporters to fascists and extremists. Brin argues that like other extremists, Trump voters were motivated by “boredom,” which he says in the past led to fascism and communism.

The Google co-founder then asks his company to consider what it can do to ensure a “better quality of governance and decision-making.”

So, Google didn’t want to merely thwart Trump while he was president, but they wanted to stifle the “broader populist movement emerging around the globe.”

That’s kind of a big deal.

It’s not just that the Google execs in the video are sad/angry about the election results – they begin to brainstorm ideas to leverage their platform to stop it from happening again https://t.co/GOLC6FSXvi

Here’s Google’s statement on that video Breitbart got its hands on pic.twitter.com/Sw5TTukJYw

Good news man, @jamesadamore, Google clarified that you WERE IN FACT able to "freely express [your] opinions."

It says it right here in this memo. All this time we thought you were fired for wrongthink. https://t.co/8OK12R5MZU

Obviously, this is HUGE!