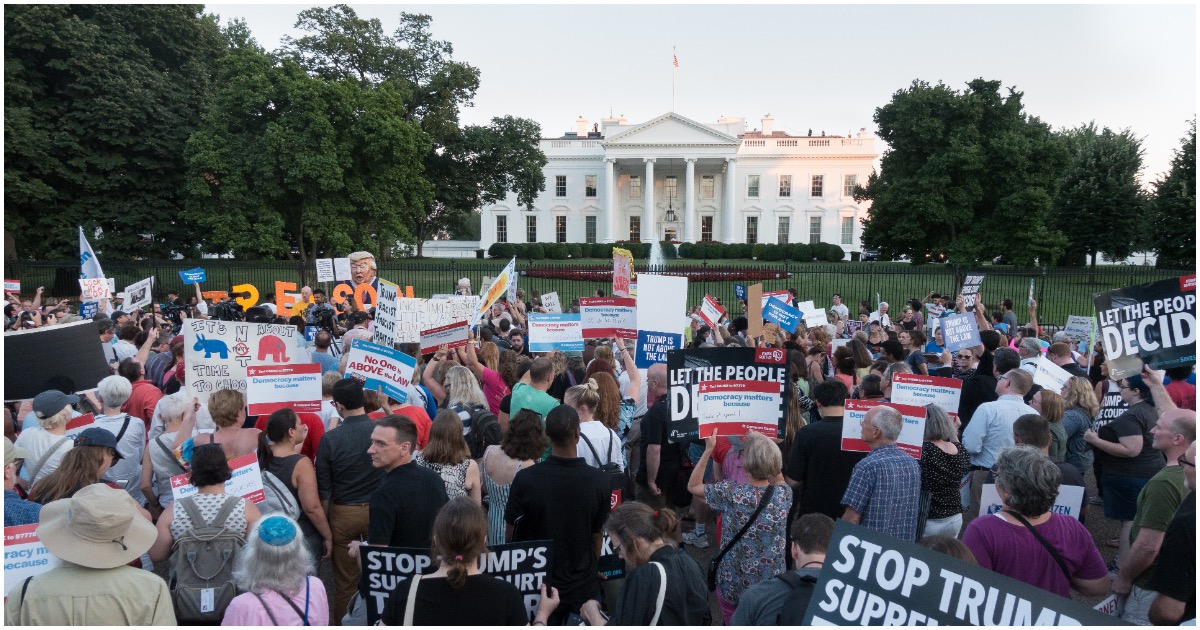 After the New York Times published an op-ed hit piece on President Trump by an “anonymous source” who is supposed to be a senior official at the White House, rumors started flying.

Was Vice President Mike Pence behind it? Secretary of State Mike Pompeo?

However, a new report says ‘dozens and dozens’ of anti-Trump members of the “resistance” are currently working at the White House, with the goal of disrupting the president’s agenda.

Check this out, from Axios via Right Scoop:

This may all be nothing, considering everything is being reported from ‘anonymous sources.’ It could just be the anti-Trump media looking to stick it to 45 during the Kavanaugh hearings.

Regardless, this is all a hot mess.

If there actually are ‘resistance’ members in the White House and Trump finds out who they are…fireworks.

CNN’s ‘Cult Expert’: All of America Needs Deprogramming Because of Trump
January 19th, 2021 The Mental Recession

Leading The People To Empty Promises: ‘Q-Anon’ Just Another Psyop To Keep You Distracted
January 19th, 2021 Sons of Liberty Media