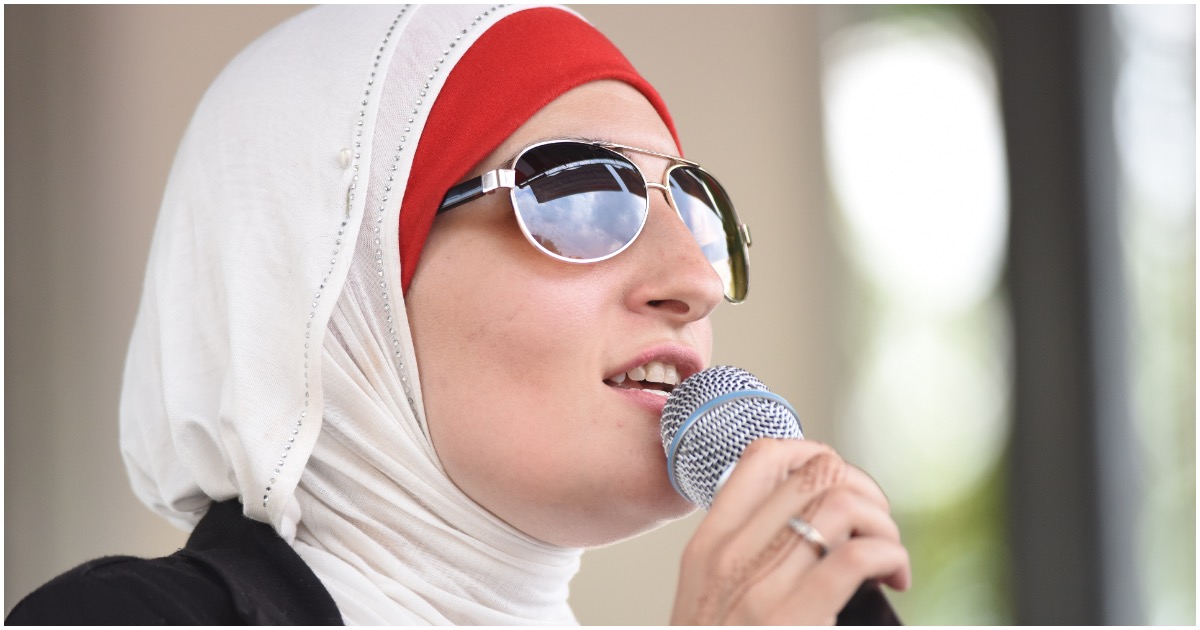 Sarsour, a Muslim, is a strong supporter of Palestine and has been known to take radical positions that border on blatant anti-semitism.

According to a new report, Sarsour now wants people to stop “humanizing” Jews.

Far-left Islamic activist Linda Sarsour made strong anti-Semitic remarks during a speech this month at the annual Islamic Society of North America (ISNA) convention in Houston, Texas — calling for the dehumanization of Israelis.

The Algemeiner reported that Sarsour shamed Muslims for not being more politically active and said that if Muslims are not promoting the Palestinian cause then they are part of the problem, saying, “you as an American Muslim are complicit in the occupation of Palestinians, in the murder of Palestinian protesters.”

The Daily Wire has the scoop:

Democratic socialist Alexandria Ocasio-Cortez appears to be in danger of losing some of her support among liberals with her decision to increasingly align herself with anti-liberal activist Linda Sarsour. The Democratic candidate’s rift with her liberal supporters really showed itself online on the first day of the chaotic Brett Kavanaugh confirmation hearings, when Ocasio-Cortez held up Sarsour as a “woman putting it all on the line for healthcare, women & LGBT+ rights.”

Last week, Ocasio-Cortez and Sarsour headlined the 16th Annual Universal Muslim Association of America, where the two took the stage to promote women’s rights and progressive values, despite the event being reportedly segregated and the women who attended almost uniformly wearing hijabs. About a week after the event, Ocasio-Cortez took to Twitter to praise Sarsour after she got herself arrested for interrupting the Kavanaugh confirmation hearings Monday.

Our future is a shared responsibility.

This woman putting it all on the line for healthcare, women & LGBT+ rights is @lsarsour.

Yet here she is, as always, fighting for everything our flag represents. https://t.co/QR4rYnclLt

Check out the responses Ocasio-Cortez received from fellow liberals for supporting Sarsour:

1. Respect dropped. You once tweeted about patriarchy, correcting Shapiro's (typical) idiocy,& now you support @lsarsour? She uses social justice as a way to play whataboutery & move the goal post away from honest critique of the poisons of HER religion.https://t.co/TcMBoF0sR3 pic.twitter.com/YuNdBVur3Q

The far-right? And here I had the nerve to self-identify as a liberal, what w/ my belief in free speech, separation of church/state, & rel. pluralism! All things @lsarsour has DEMONSTRABLY opposed! She's endorsed Islamic law, restricting critique of Islam, & plays w anti-semites.

Critique of @lsarsour is not the same thing as "maligning" her, @Ocasio2018. Instead of blindly following her, why don't you ask your bestie to explain why she body-shamed and victim-blamed @Asmi1121 after her sexual assault? Is that what a real feminist does?

I criticize @lsarsour BECAUSE I'm a liberal, btw. I'm not ok w sweeping @LouisFarrakhan's overt Jew-hate under the rug, for ex. (which ur pal LS clearly has no problem w/). I also don't believe in trying to make murdering Jewish babies ok by calling it "Palestinian resistance."

You should apologize to every FGM victim on the planet. FGM victim shaming excludes one from any conversation about women's rights, as does supporting the enslavement of women in Saudi Arabia. Fucking OBVIOUSLY. Call yourself whatever the hell you want, you are no feminist Cortes pic.twitter.com/oHtAaQfYlx

Please don't throw LGBT people in with her,she is fake and is an islamist. Don't go off and try to imply that people opposed to her are far right, they are not and it shows how fake you are that you use minorities to promote this sharia supporting hack.We are not tools.

Here’s an interview with Ocasio-Cortez where she claims capitalism won’t always exist:

Will the top dogs in the Democrat Party, such as Sen. Chuck Schumer, who is Jewish, call out Sarsour?