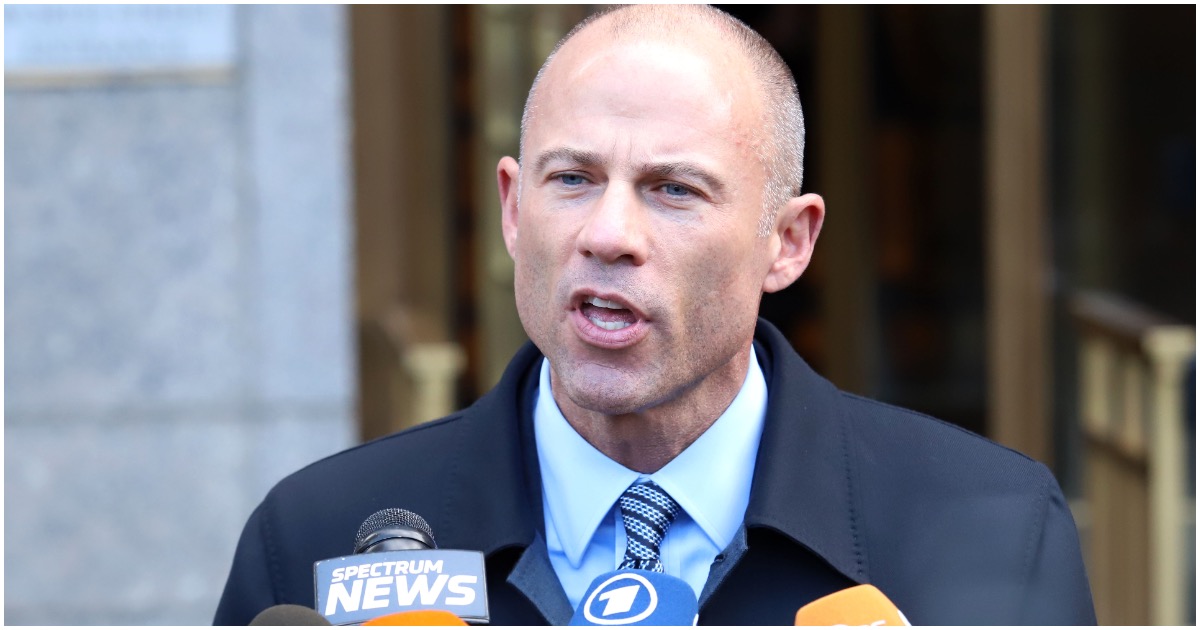 As it turns out, Avenatti was apparently duped by a 4Chan hoax which claimed Kavanaugh and friends would ply women with drugs and alcohol so they’d be gang-raped by multiple men.

His “client” purportedly made everything up.

I represent a woman with credible information regarding Judge Kavanaugh and Mark Judge. We will be demanding the opportunity to present testimony to the committee and will likewise be demanding that Judge and others be subpoenaed to testify. The nomination must be withdrawn.

My client is not Deborah Ramirez.

I do not bluff. I deliver. #Basta

In case you’re wondering, Deborah Ramirez was the second woman to accuse Kavanaugh of sexual misconduct, though her claims have been widely disregarded.

Feeling ashamed after being punked, Avenatti quickly made his Twitter account private before backtracking and saying he was hacked.

When asked about the hoax, Avenatti denied:

Asked @MichaelAvenatti about the rumor his new client is a hoax: “It never happened. None of it. No truth to it. This is a fabrication of the right because they are worried and they should be."

Back in July, for whatever reason, Avenatti went after 4Chan, saying he could “shut it all down in an instant.”

Haha!!!!! #Avenatti #AmbulanceChaser #Sleazebag #PornAttorney #SaudiBuddies #4Chan scumbag threatens for Chan and states that he could shut it down in an instant!!!!!!! pic.twitter.com/6y9eIAUTav

This is the $10 million secret he definitely doesn’t want anyone to know about:

The move by Judge Catherine Bauer of U.S. Bankruptcy Court in Santa Ana was a severe blow to Avenatti, whose personal financial troubles have deepened as his star has risen on cable news.

“I don’t want him going out and buying a new house,” Bauer said at a court hearing a few hours before she signed the restraining order.

Bauer’s order covers fees from 54 court cases, including the suit that Daniels filed against President Trump to void the nondisclosure pact that bars her from talking about their alleged 2006 sexual encounter.

During his sit-down interview with Fox News on Monday night, Kavanaugh said he was a virgin throughout high school and for years after.

To Avenatti, Kavanaugh’s lack of sex life as a teenager is something to mock.