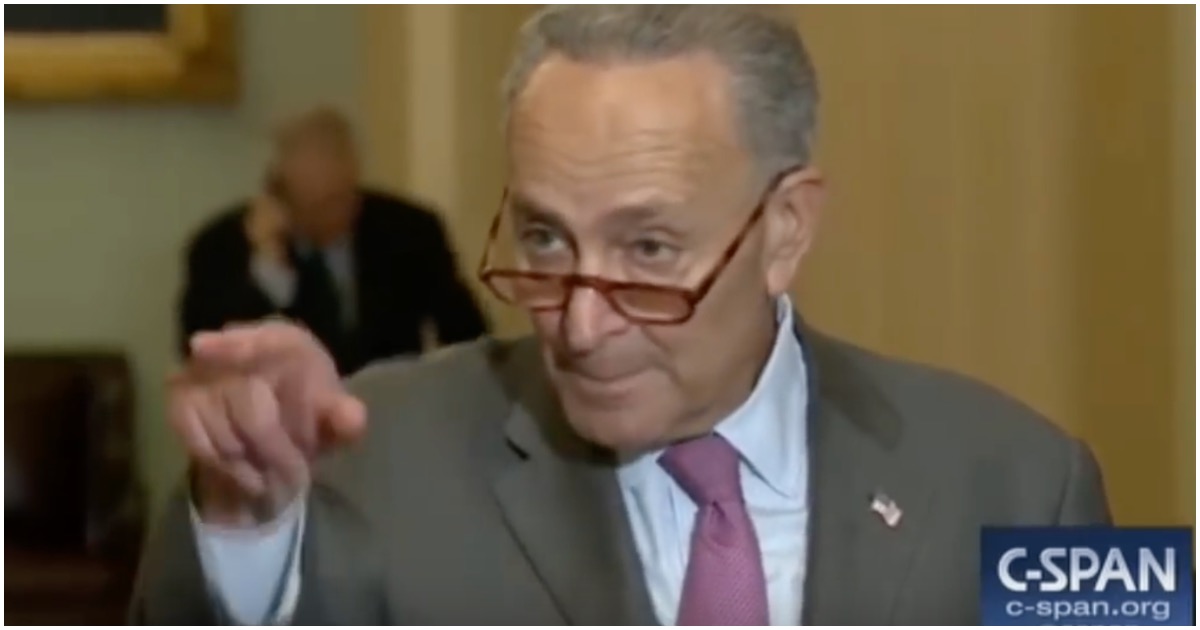 One of the greatest things about being an American is you are always presumed innocent until proven guilty.

To Schumer, the judge is not to be presumed innocent.

Chuck Schumer on Judge Kavanaugh: “There is no presumption of innocence.”pic.twitter.com/Ftt9WmQos2

“You have to diametrically opposed stories, and there are two issues,” Schumer explained. “A, which story is right, and if, if, uhm, Dr. Ford is telling the truth then Judge Kavanaugh’s credibility is in great question.”

“I agree that we, this is not, that’s a criminal trial,” he responded. “What I believe is that we should get to the bottom and find the facts in the way that the FBI has always done.”

“There’s no presumption of innocence or guilt when you have a nominee before you,” he concluded.

Good to know that's the new standard, Chuck. Do you think you could withstand this level of scrutiny? https://t.co/Mvv2OsYvrI

This is how the left will proceed if you let them. https://t.co/J0NijCtxvq

Schumer’s remarks come one day after McConnell, R-Kentucky, spoke on the Senate floor to criticize Democrats, who he said “wouldn’t let a few inconvenient things — like a complete lack of evidence, or an accuser’s request for confidentiality — get between them and a good smear.”

“Democrats have signaled for months they’d put on whatever performance the far left special interests demanded and throw all the mud, all the mud they could manufacture,” McConnell said Monday. “Even by the far left’s standards, this evil, evil smear campaign has hit a new low.”