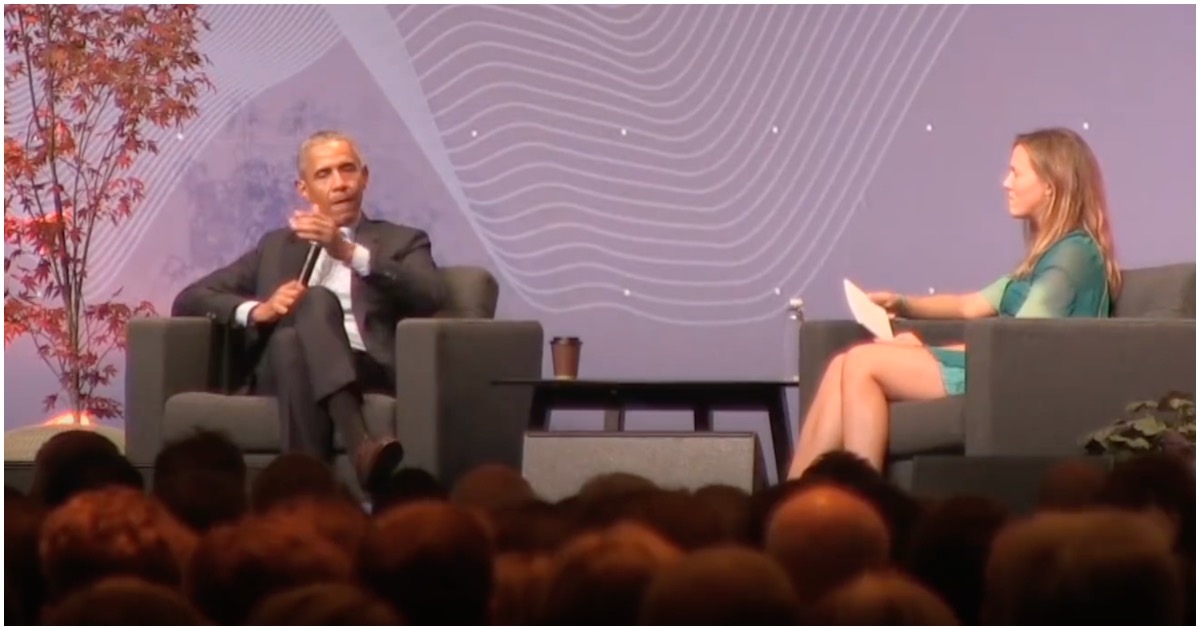 As if bashing his successor in America wasn’t enough, Barack Obama decided to head overseas and take a few jabs at President Trump.

He was also asked, while in Oslo, Norway, what he’d do if he was president again for another day.

From The American Mirror:

Appearing at the Oslo Business Forum, Obama was asked, “If you were president once more for a day, what would you have done and why?”

“You know, the truth is if I was president for a day, I wouldn’t do much because, um…the nature of…” he responded, trailing off.

After jabbing President Trump overseas, he said, “So if I were in the seat again, I would focus on how could we continue to build on some of the progress that was made during my presidency.”

President Barack Obama’s 2008 campaign has been fined $375,000 by the Federal Election Commission for reporting violations related to a set of donations received during the final days of the campaign.

The fines are among the largest ever levied on a presidential campaign by the FEC and stem from a series of missing filings for nearly 1,200 contributions totaling nearly $1.9 million. Campaigns are required to file the reports during the final weeks of the campaign.

.@GeraldoRivera: President Trump’s $130,000 payout is insignificant compared to the $375,000 fine President Obama payed for failing to list donors in his 2008 campaign pic.twitter.com/OdwUhSjbkA

The next time Obama opens his mouth criticizing Trump, remind him of this.

Obama campaign spokeswoman Katie Hogan said the 2008 campaign had more than 3 million donors and “the very few outstanding questions have now all been resolved.”

Obama recently made his way to the west coast to campaign for multiple Democrat candidates across the Golden State.

Many people would have called 44’s anti-Trump speech in Anaheim a rousing success, but, it wasn’t.