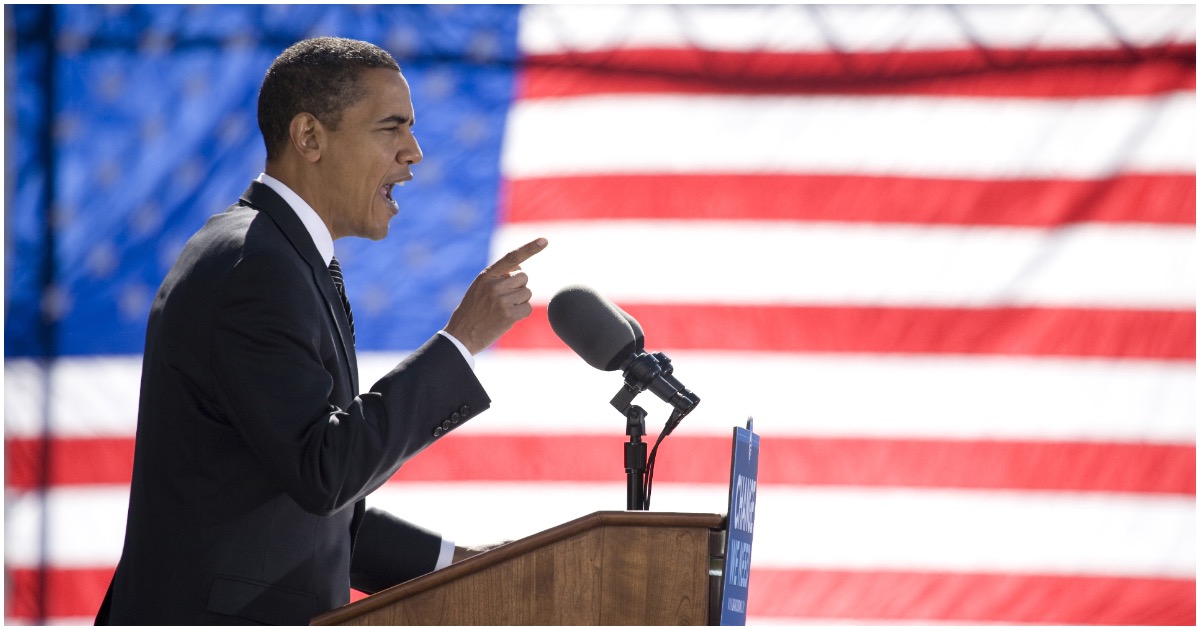 Former President Barack Obama dropped a number of whoppers during his speech at the University of Illinois on Friday.

For example, 44 refused to refer to Donald Trump as “president.”

Obama slammed all Republicans as divisive, resentful, and paranoid.

I voted for you twice and regret every bit of it.

Obama just endorsed Medicare for All. Too bad he was never in a position of power to actually push it. Oh wait. ???????? #sideeye????

Obama spied on reporters and declared James Rosen an enemy of the state. Holder signed the secret search warrant. The world is upside down.

In 1996, Barack Obama belonged to the radical socialist “New Party” Chicago, formed by members of the DSA, Obama’s mentor was Saul Alinsky

Yeah, everyone just hates 4% growth – where u said it wasn’t possible Obam – guy is in a fantasy land.. 8 years of true division, class warfare and on and on.. just go away…

If #Obama was facing #trump in a Presidential race who would you vote for?