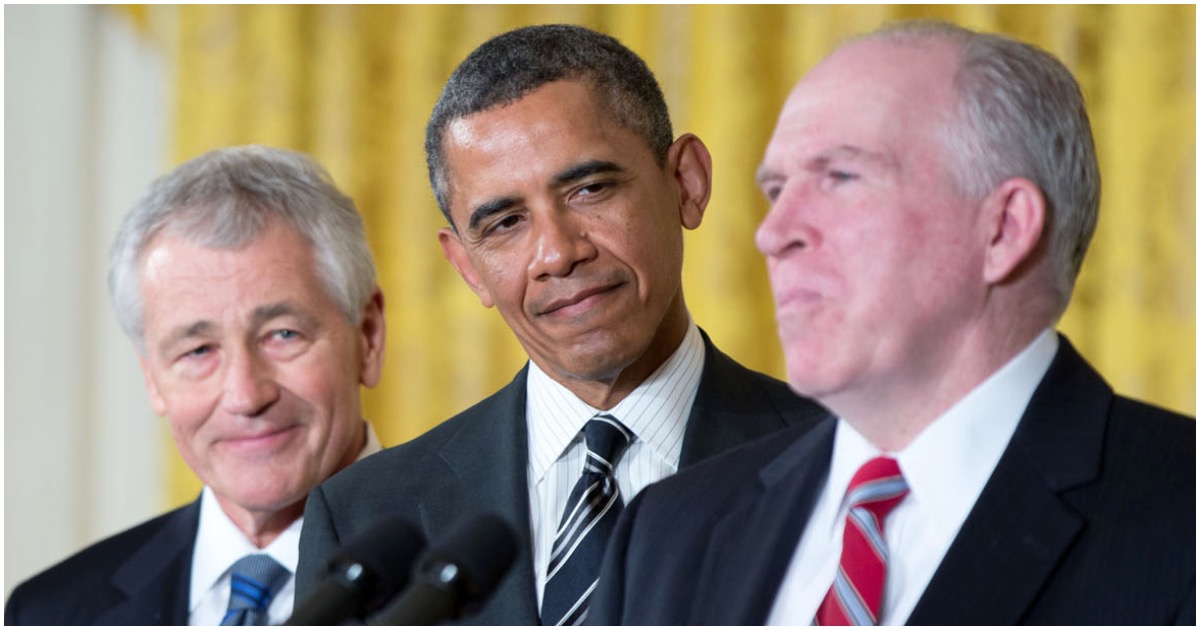 John Brennan, who served as CIA Director during the Obama administration, has frequently lashed out at President Donald Trump since he was inaugurated as America’s 45th president.

That shouldn’t come as a surprise, as many members of the Obama team have used social media to attack the president.

With his latest tweet, Brennan decided to go after Trump for his “bluster” and “false bravado.” This comes on the heels of the president revoking Brennan’s security clearance.

The U.S. is respected again! https://t.co/NtQ4vsoqnk

America is respected when our political leaders make decisions that enhance global peace, security, & prosperity. No amount of bluster, false bravado, & self promotion brings respect. Untold millions wait for American values to run through the veins of those entrusted to lead. https://t.co/7torif1wBP

John Brennan perjured himself in a May 2017 testimony to the House Intel Committee wherein he testified he didn’t know Hillary Clinton’s campaign paid for the dossier. Brennan also said the CIA didn’t rely on the dossier in any way for its reports on Russian meddling.

Fortune has more on Brennan’s security clearance being pulled:

President Donald Trump has revoked the security clearance of former CIA director John Brennan, raising questions about whether it was done in retaliation for his criticism of the administration.

Most recently, Brennan condemned Trump’s recent attacks against former aide Omarosa Manigault Newman, who the president called a “lowlife” and a “dog” after she wrote an inside account of her time in the White House.

“Seems like you will never understand what it means to be president, nor what it takes to be a good, decent, & honest person,” Brennan tweeted Tuesday, directly addressing Trump.

It’s astounding how often you fail to live up to minimum standards of decency, civility, & probity. Seems like you will never understand what it means to be president, nor what it takes to be a good, decent, & honest person. So disheartening, so dangerous for our Nation. https://t.co/eI9HaCec1m

Brennan weighed in on Nike’s decision to make unemployed quarterback Colin Kaepernick the face of their 30-year “Just Do It” anniversary slogan.

Colin Kaepernick drew our collective attention to the problem of continued racial injustice in America. He did so not to disrespect our flag but to give meaning to the words of the preamble of our Constitution—“in order to form a more perfect union.” Well done, Colin, well done. https://t.co/4ALyUxLjM5

Here are some replies to Brennan’s tweet on Kaepernick:

Kaepernick was a one year wonder who got figured out by NFL defensive coaches and was relegated to benchwarmer status (on poor teams). In order to concoct a second act–an upper middle class Irish kid became voice for the oppressed. #falseprophet

Oh geez! Have a seat, you virtue signaling nimrod

This cause not good enough for you? pic.twitter.com/TYQP2ZDrEU

Either Brennan has yet to realize his 15 minutes of fame are up, or maybe he’s planning a run for office down the line and is looking to remain relevant.

What are your thoughts?