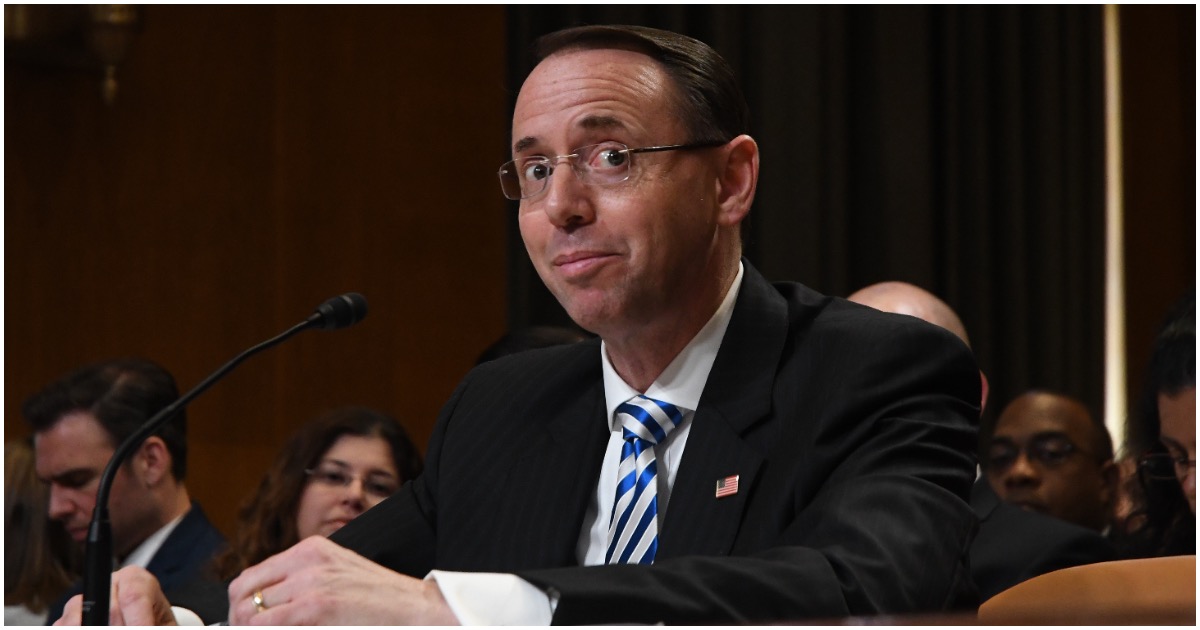 Rosenstein has been supported by Attorney General Jeff Sessions, however, a man whom Trump is also not on the best of terms.

It is now being reported that Rosenstein was plotting to wiretap the president in order to force cabinet members to invoke the 25th Amendment and have Trump impeached.

The deputy attorney general, Rod J. Rosenstein, suggested last year that he secretly record President Trump in the White House to expose the chaos consuming the administration, and he discussed recruiting cabinet members to invoke the 25th Amendment to remove Mr. Trump from office for being unfit.

Mr. Rosenstein made these suggestions in the spring of 2017 when Mr. Trump’s firing of James B. Comey as F.B.I. director plunged the White House into turmoil. Over the ensuing days, the president divulged classified intelligence to Russians in the Oval Office, and revelations emerged that Mr. Trump had asked Mr. Comey to pledge loyalty and end an investigation into a senior aide.

Mr. Rosenstein made the remarks about secretly recording Mr. Trump and about the 25th Amendment in meetings and conversations with other Justice Department and F.B.I. officials. Several people described the episodes, insisting on anonymity to discuss internal deliberations. The people were briefed either on the events themselves or on memos written by F.B.I. officials, including Andrew G. McCabe, then the acting bureau director, that documented Mr. Rosenstein’s actions and comments.

None of Mr. Rosenstein’s proposals apparently came to fruition. It is not clear how determined he was about seeing them through, though he did tell Mr. McCabe that he might be able to persuade Attorney General Jeff Sessions and John F. Kelly, then the secretary of homeland security and now the White House chief of staff, to mount an effort to invoke the 25th Amendment.

Rosenstein released a statement saying the NYT report was inaccurate, per Daily Wire:

“I will not further comment on a story based on anonymous sources who are obviously biased against the department and are advancing their own personal agenda,” Rosenstein said in a statement to the Times. “But let me be clear about this: Based on my personal dealings with the president, there is no basis to invoke the 25th Amendment.”

But according to the others who described his comments, Mr. Rosenstein not only confirmed that he was serious about the idea but also followed up by suggesting that other F.B.I. officials who were interviewing to be the bureau’s director could also secretly record Mr. Trump.

Mr. McCabe, who was later fired from the F.B.I., declined to comment.

If the report is true, it would seem Rosenstein does not understand his role as a public administrator.

If he doesn’t agree with Trump’s agenda, he should leave the administration. He should not actively be working against POTUS – and that should be obvious.

Rosenstein’s job is to do what Trump says, not act independently. Period.

The way The New York Times describes the story it sounds like Rosenstein is committing treason.

How does The Washington Post see things so differently?

Andrew McCabe was suggesting that DOJ investigate the president, per @mattzap & @DevlinBarrett reporting. “What do you want to do, Andy, wire the president?” Rosenstein responded. https://t.co/WqXCof3QZ2

This sounds an awful lot like a mix of sarcasm and frustration rather than the picture the Times' second or third hand sources presented. https://t.co/KmbXSCzdjs