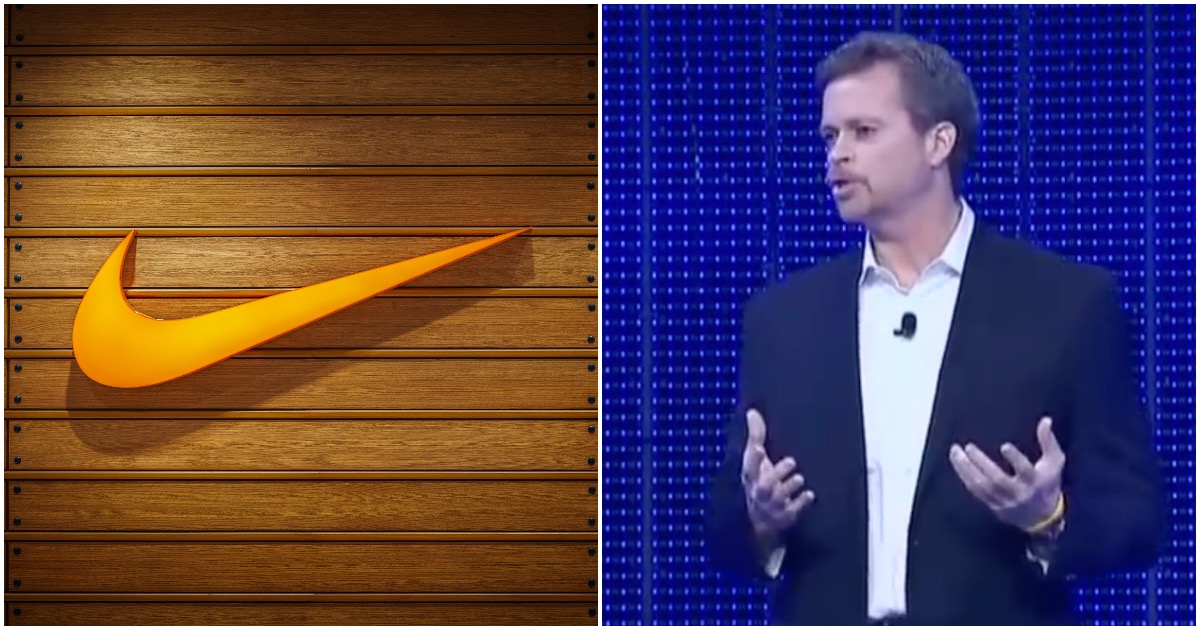 First, Nike decided to partner with Colin Kaepernick by making him the face of the 30th anniversary of their “Just Do It” Slogan.

Now, Nike has basically told conservatives they don’t want them to buy their products anymore.

Because they are fighting to keep Oregon a “sanctuary state” even after an illegal alien killed a young couple.

The multinational Nike corporation — accused of employing slave labor — is fighting to keep Oregon a “sanctuary state” for all illegal aliens less than a month after an illegal alien has been accused of killing a young couple in a drunk driving car crash.

In a statement this week, Nike CEO Mark Parker announced the corporation’s opposition to a statewide measure that would repeal Oregon’s sanctuary state law that has protected criminal illegal aliens for three decades.

Parker wrote in a statement:

Nike employs people from all over the world; we can attest to the unique value, contributions, and innovations that people from diverse backgrounds add to Nike and to Oregon’s culture and economy. Ending Oregon’s sanctuary law will damage Oregon’s long-standing track record as a place that attracts diverse talent from across the globe. [Emphasis added]

One Christian college in Missouri has already severed ties with Nike.

The Fraternal Order of Police, consisting of 325,000 members across 2100 chapters, has something to say, too.

“Colin Kaepernick and all Americans have the constitutional right to freely express their views, even if they are uninformed and inflammatory. Indeed, law enforcement officers have an obligation to defend these rights and we do so every day, even in those cases when the views expressed are hostile, hateful or offensive to the men and women of law enforcement.

“The Fraternal Order of Police has been called upon to boycott Nike for capitalizing on this former professional football player because he attracts controversy. In our experience, boycotts and similar exercises do not succeed and often serve only to enrich the company—which is not what we want to do. Our members and, for that matter, any American citizen, understands when the law enforcement profession is being insulted— we have no doubt they will make their purchases with that insult in mind..

“If Nike chooses to create an ad campaign featuring a former quarterback who describes cops as ‘pigs’ and makes large donations to the family of a convicted cop killer and wanted fugitive, Joanne Chesimard, who murdered New Jersey State Trooper Werner Foerster in cold blood in 1973, they are free to do so.

“Since 2016, 381 officers have been killed in the line of duty. They believed in something and sacrificed everything, as did the families they left behind. All of the men and women in law enforcement believe in something and are prepared to sacrifice everything.

“Ultimately, this ad campaign will end and our nation will no longer associate ‘sacrifice’ and ‘sneakers.’ Instead, we will once again associate ‘sacrifice’ with our fellow Americans in our military and police departments who stand in harm’s way to protect the rest of us and our right to express ourselves.” 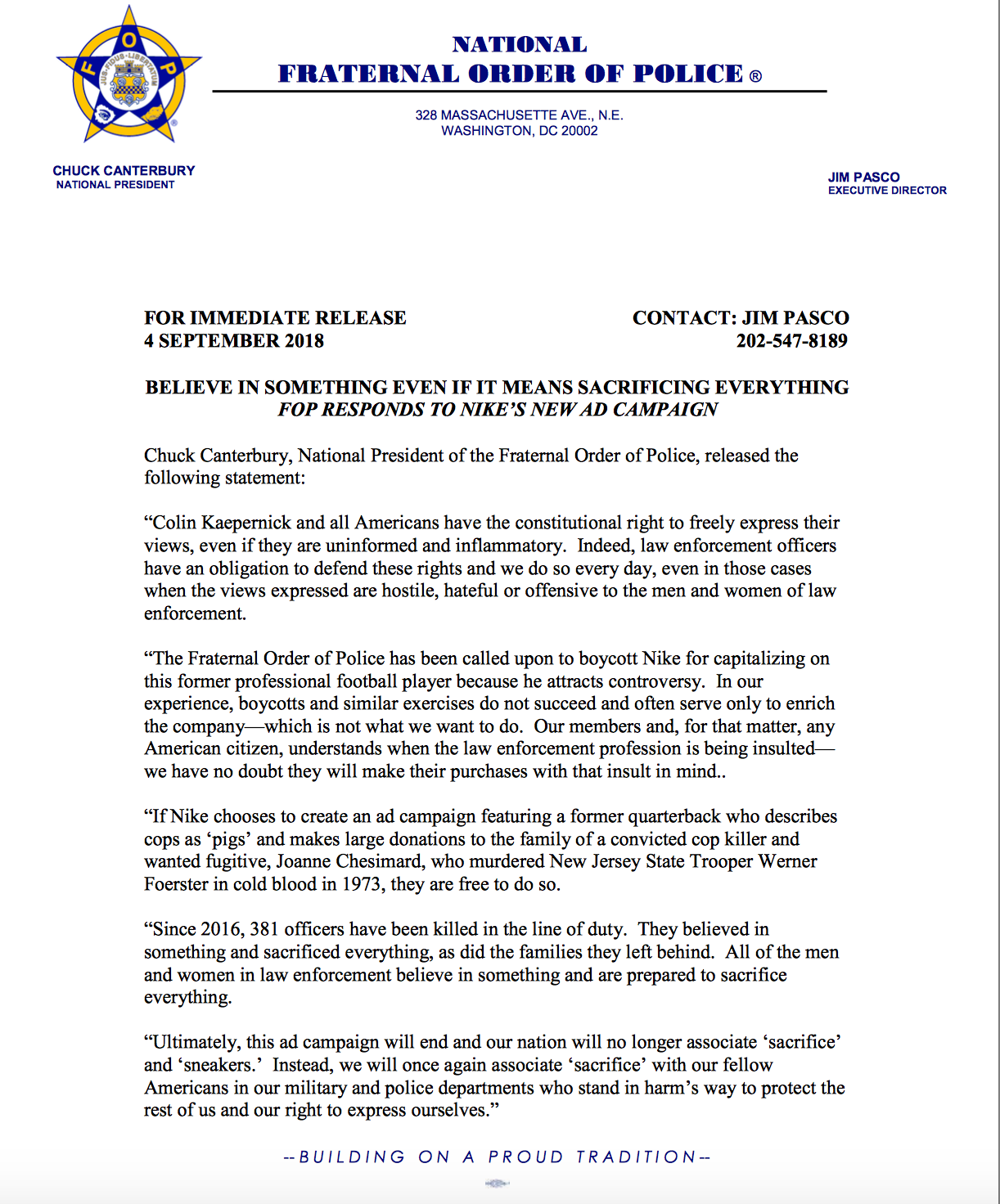 It remains to be seen if Nike will continue to utlize Kaepernick down the line. Ultimately, no press is bad press – and right now Nike is getting a ton of press.

Although Nike stock dropped billions as mentioned above, the Kaepernick ad has created over $160 million in buzz, via Bloomberg:

But it’s not all bad news. The latest estimates put the value of the media exposure from the campaign at more than $163 million, according to Apex Marketing Group — almost four times the $43 million tallied in the first 24 hours since the ad debuted.