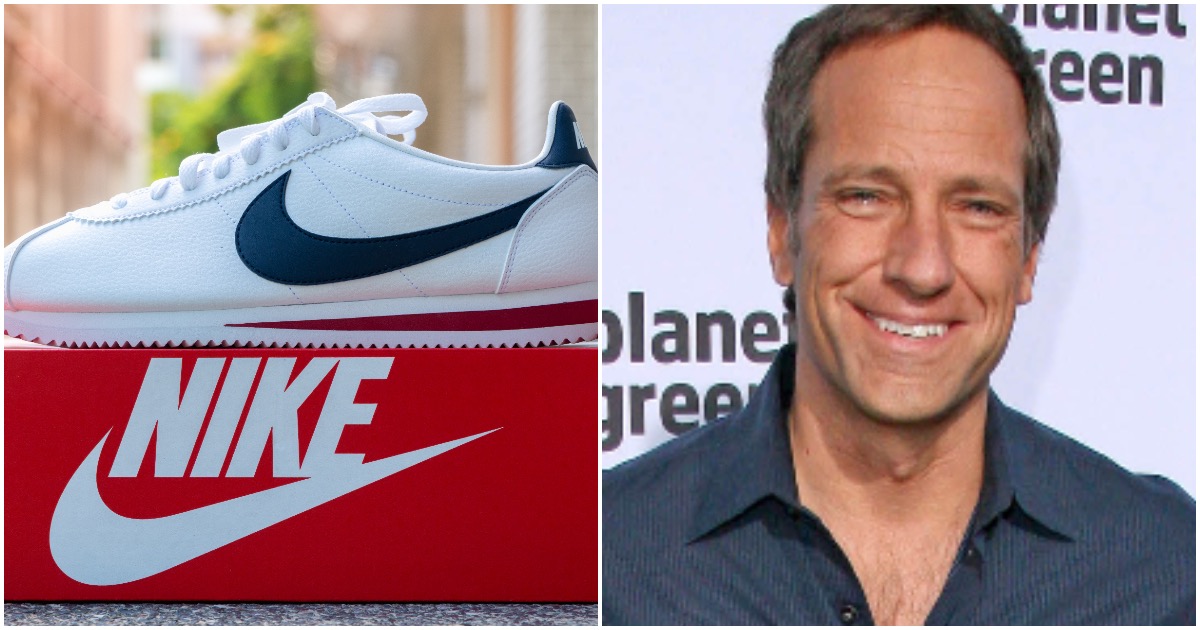 The ad showcases Kaepernick as a person who believed in something, thereby giving up everything.

Rowe didn’t comment on the situation for nearly a week, which is odd because he usually comments on hot topics, but in just four hours his powerful post received 100,000 likes.

“We’re Going to Do Something.”

You’ve been very quiet about the Kaepernick PR disaster at Nike. Any thoughts? – Sam Wilder

Hi Sam. Nike’s free to celebrate whomever they wish, and Kaepernick is entitled to his opinion – kneeling, standing, or lying down. But if I was going to put someone’s face on a billboard – someone who epitomized bravery and sacrifice – I might have gone another way, especially this time of year. I might have gone with this guy – Tom Burnett.

Tom’s last act on earth was one of the most courageous things imaginable. And his last words to his wife, Deena, are among the most inspiring I’ve ever heard. Those exact words are at the top of this page, and the bottom. They were spoken seventeen years ago, under conditions I hope to never experience. I’ll never forget Tom’s last words. I hope you won’t either.

Deena: Hello
Tom: Deena
Deena: Tom, are you O.K.?
Tom: No, I’m not. I’m on an airplane that has been hijacked.
Deena: Hijacked?
Tom: Yes, They just knifed a guy.
Deena: A passenger?
Tom: Yes.
Deena: Where are you? Are you in the air?
Tom: Yes, yes, just listen. Our airplane has been hijacked. It’s United Flight 93 from Newark to San Francisco. We are in the air. The hijackers have already knifed a guy, one of them has a gun, they are telling us there is a bomb on board, please call the authorities. He hung up.

Deena: Hello
Tom: They’re in the cockpit. The guy they knifed is dead.
Deena: He’s dead?
Tom: Yes. I tried to help him, but I couldn’t get a pulse.
Deena: Tom, they are hijacking planes all up and down the east coast. They are taking them and hitting designated targets. They’ve already hit both towers of the World Trade Center.
Tom: They’re talking about crashing this plane. (a pause) Oh my God. It’s a suicide mission…(he then tells people sitting around him)
Deena: Who are you talking to?
Tom: My seatmate. Do you know which airline is involved?
Deena: No, they don’t know if they’re commercial airlines or not. The newsreporters are speculating cargo planes, private planes and commercial. No one knows.
Tom: How many planes are there?
Deena: They’re not sure, at least three. Maybe more.
Tom: O.K….O.K….Do you know who is involved?
Deena: No.
Tom: We’re turning back toward New York. We’re going back to the World Trade Center. No, wait, we’re turning back the other way. We’re going south.
Deena: What do you see?
Tom: Just a minute, I’m looking. I don’t see anything, we’re over a rural area. It’s just fields. I’ve gotta go.

Tom: Deena
Deena: Tom, you’re O.K. (I thought at this point he had just survived the Pentagon plane crash).
Tom: No, I’m not.
Deena: They just hit the Pentagon.
Tom: (tells people sitting around him “They just hit the Pentagon.”)
Tom: O.K….O.K. What else can you tell me?
Deena: They think five airplanes have been hijacked. One is still on the ground. They believe all of them are commercial planes. I haven’t heard them say which airline, but all of them have originated on the east coast.
Tom: Do you know who is involved?
Deena: No
Tom: What is the probability of their having a bomb on board? I don’t think they have one. I think they’re just telling us that for crowd control.
Deena: A plane can survive a bomb if it’s in the right place.
Tom: Did you call the authorities?
Deena: Yes, they didn’t know anything about your plane.
Tom: They’re talking about crashing this plane into the ground. We have to do something. I’m putting a plan together.
Deena: Who’s helping you?
Tom: Different people. Several people. There’s a group of us. Don’t worry. I’ll call you back.

Deena: Tom?
Tom: Hi. Anything new?
Deena: No
Tom: Where are the kids?
Deena: They’re fine. They’re sitting at the table having breakfast. They’re asking to talk to you.
Tom: Tell them I’ll talk to them later.
Deena: I called your parents. They know your plane has been hijacked.
Tom: Oh…you shouldn’t have worried them. How are they doing?
Deena: They’re O.K.. Mary and Martha are with them.
Tom: Good.
(a long quiet pause)
Tom: We’re waiting until we’re over a rural area. We’re going to take back the airplane.
Deena: No! Sit down, be still, be quiet, and don’t draw attention to yourself! (The exact words taught to me by Delta Airlines Flight Attendant Training).
Tom: Deena! If they’re going to crash this plane into the ground, we’re going to have do something!
Deena: What about the authorities?
Tom: We can’t wait for the authorities. I don’t know what they could do anyway.
It’s up to us. I think we can do it.
Deena: What do you want me to do?
Tom: Pray, Deena, just pray.

(after a long pause)

Deena: I love you.

Tom: Don’t worry, we’re going to do something… 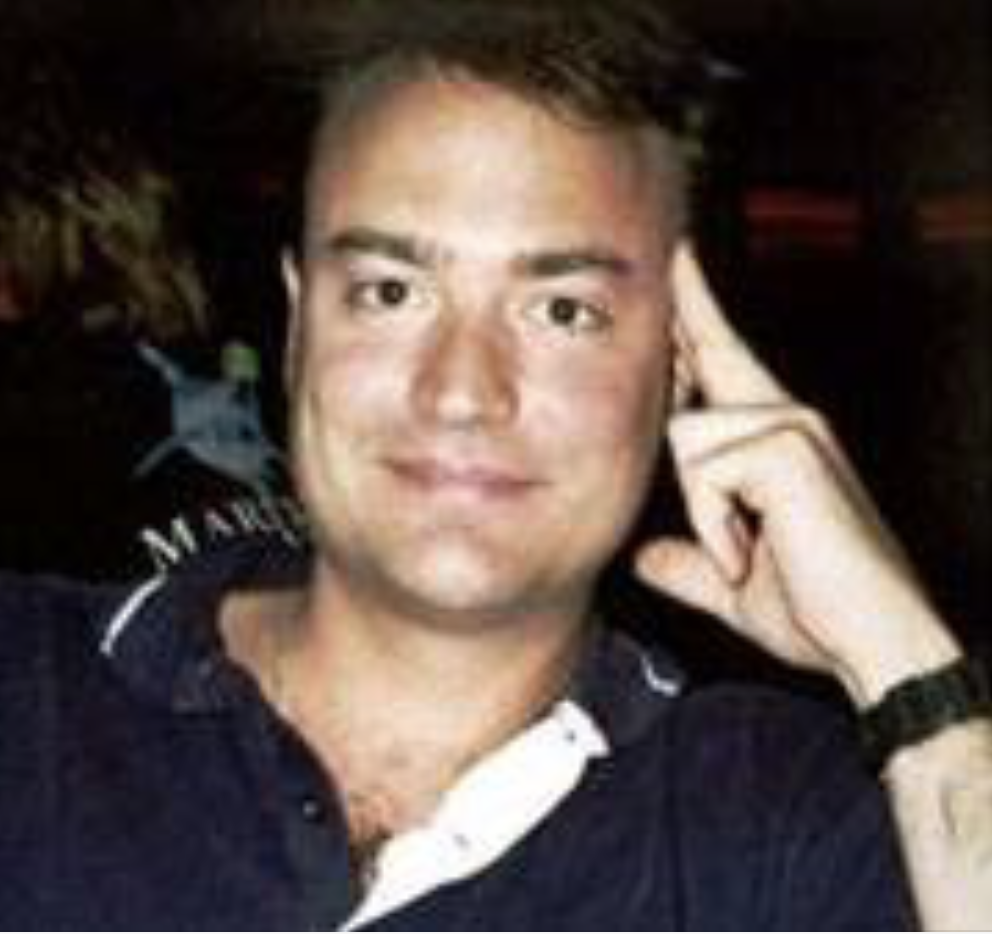