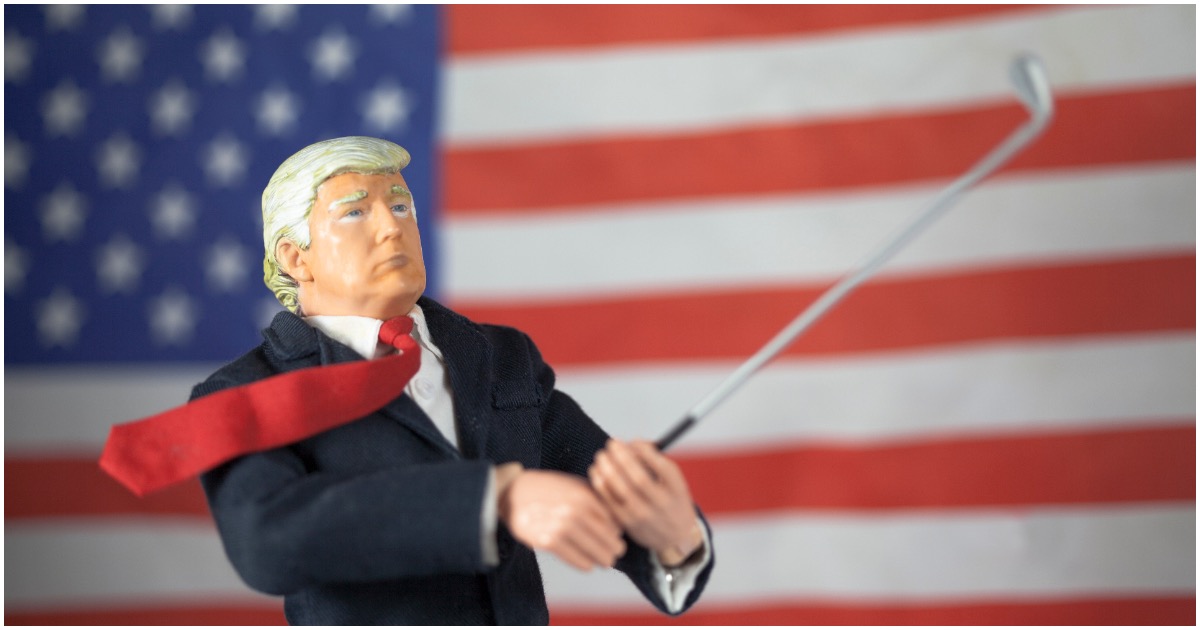 President Barack Obama was notorious for golfing during his eight-year stint at 1600 Pennsylvania Ave.

Obama would frequently be seen outside on the links as people wondered why he wasn’t sitting in the Oval Office, hard at work for all Americans.

President Donald Trump is a big fan of golfing as well, yet this story about 45 deciding to skip a planned outing and heading back to the White House to work on Labor Day has been buried by the media.

Here are the details, from Daily Caller:

President Donald Trump canceled what appeared to be a trip to the golf course at the last second Monday because he wanted to work on trade issues, the White House said.

According to the pool report, Trump emerged from the executive mansion at 10:40 a.m. ET wearing dark-colored pants, a red polo shirt, and a white hat. There was a motorcade of vehicles lined up, including a Virginia State Trooper. It seemed Trump was heading to his golf course in Northern Virginia for a round.

After getting into his car, he exited a few minutes later and went back into the White House. Soon after, the lid was called on the White House pool — which meant there would be no more news for the day.

President Trump boards his motorcade, and a couple minutes later, walks back into the residence pic.twitter.com/XVwvZywtC7

The pool has now been told to unload and were not given an explanation yet for why the President got into the motorcade to leave the White House then went back inside… https://t.co/4lBFewxlG3

Strange: Travel photo lid has been called, meaning President Trump will NOT be leaving the White House.

The President got into the motorcade wearing golf cleats then turned back around to go inside the White House.

The pool was told to unload from the vans without explanation.

Why did the president, dressed in a polo and golf cleats, suddenly go back inside? Per WH press secretary Lindsay Walters:
“The President stayed at the WH to make calls specifically on trade and other international issues. Will keep you posted if there are other updates.”

Actions like this by Trump are exactly why he is beloved by so many across the country.

Sure, 45’s tweets can be a little uncalled for at times, but he is getting the results Americans had hoped for when they voted him into office.

Our economy is booming, millions are working again, and our country is back on the right track thanks to President @realDonaldTrump’s policies. Happy Labor Day!

American manufacturing is roaring back under @POTUS Trump – Manufacturing job gains under this administration now average 21,000 per month compared to 8,000 per month in the four years prior. #LaborDay pic.twitter.com/KRzxyYsrio

There’s a reason why unemployment is down across the board.

There’s a reason why black favorability of Trump has doubled since the election.

There’s a reason why the stock market continues to crush.

It’s all about the WORK ETHIC of the commander-in-chief.