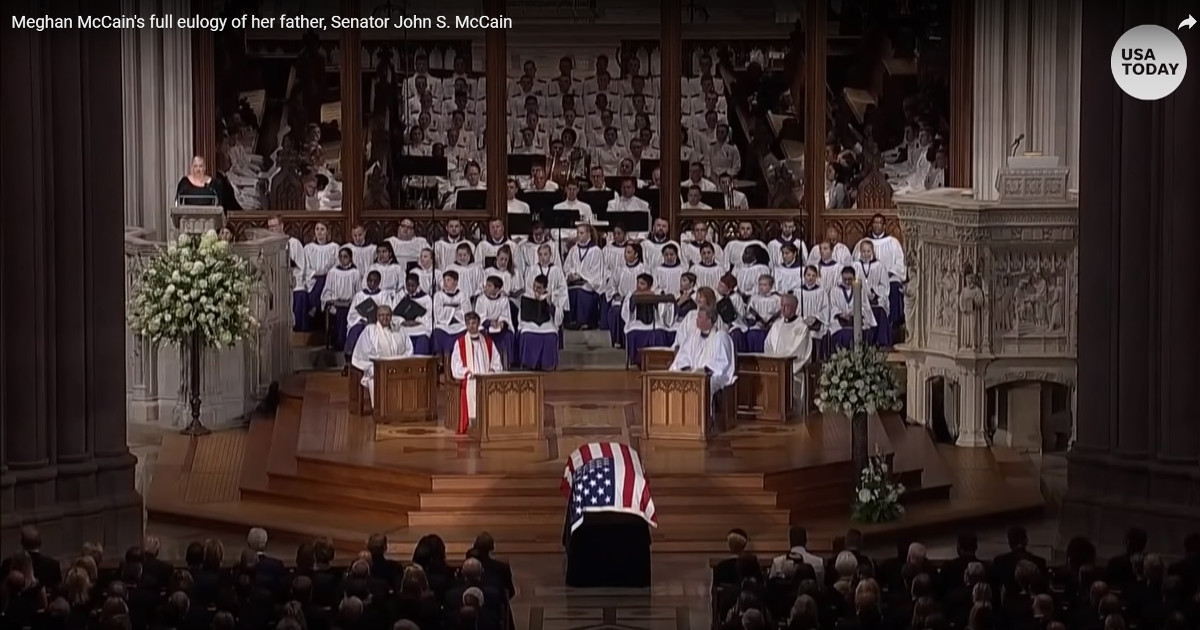 Why is it that whenever someone dies, everybody suddenly has nothing but praise for that person, unlike what happened in real life?

The death and funeral of Sen John McCain is a shining example.

If McCain was the truly great man everyone, including many Democrats, are saying, why didn’t he win when he ran for president against Barack Obama?

Neither Obama or Joe Biden had kind words for McCain then, but now praise him for being the greatest politician and American of our time.

Besides the hypocrisy concerning McCain’s mourners, some, including McCain’s daughter, Meghan, used the funeral to take potshots at President Trump.

(Constitution.com) – The current, hyper partisan state of affairs in Washington DC is abhorrent and asinine.

What can truly be accomplished with the democrats consistently ignoring their constituents and eschewing their legislative responsibilities all in the name of disparaging a President, who by all economic qualifications, is leading this nation into greatness.

And the left just thought it was a clever slogan for a hat.

Now, in the one place where she should have been free from such monstrous behavior, we have instead been subjected to petty partisan bickering and more potshots aimed at POTUS.

“A memorial service for the late Sen. John McCain on Saturday turned into a clear rebuke of President Donald Trump’s divisive politics as his daughter, two former presidents and political dignitaries used their tributes to call for a return to civility.” …

The media has also used McCain’s funeral as an opportunity to back President Trump.

It was made known that President Trump was asked not to attend McCain’s funeral, so he honored that request and didn’t attend.

Now, the media is bashing Trump for not attending the funeral.

Chances are the media would have bashed him for attending and going against the wishes of the McCain family.

It’s sad that the funeral of John McCain was used for a political attack against anyone.