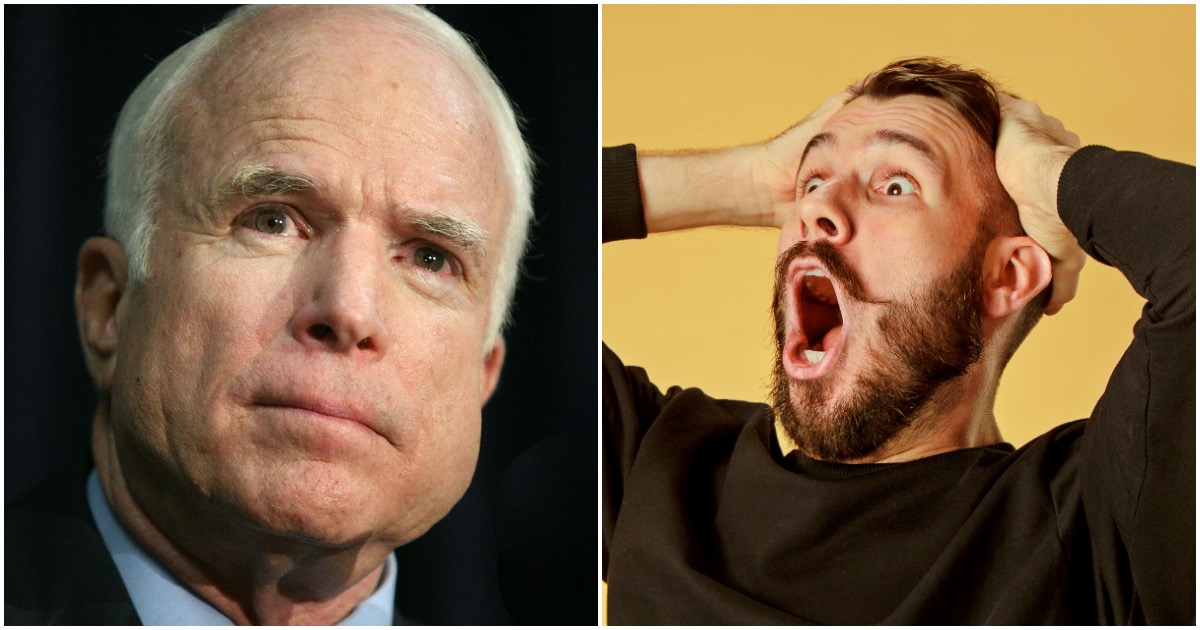 Grant Woods, former chief of staff to late Sen. John McCain, is considering running for the American hero’s seat in the upper chamber.

Well, it kind of is.

Woods won’t be running as a Republican. Nope.

Woods would run as a Democrat!

Woods told CBS early Thursday that he is considering a bid for the seat. He told Capitol Media Services that McCain’s recent death made it difficult to think about “staying on the sidelines as we face a world without John McCain.”

“The country, I think, is really in a chaotic, difficult place,” Woods added. “So I have to do some real soul searching and just make a decision here.”

All this does is make McCain himself look more liberal in the eyes of Republicans.

While the Senator was an icon and war hero who should be remembered fondly, McCain displeased many conservatives over the years by siding with his progressive colleagues.

Now, seeing a top aide of McCain’s run for a Senate job on the other side of the aisle is raising eyebrows.

Woods noted of the GOP, “if it wants to be the party of Trump, that’s not me.”

"I haven't changed but the party has changed," former McCain chief of staff Grant Woods said, adding "if it wants to be the party of Trump, that's not me" https://t.co/dYAubittub

Grant Woods, former AZ Attorney General, talks about his first two hours as John McCain's chief of staff: "It was once a little bit harrowing, a little bit wild, a little bit crazy but a lot of fun and the greatest honor of my life." https://t.co/srZpZcpoi3 pic.twitter.com/hDvVBGWVhA

Woods noted, however, that running as a Republican wasn’t a “realistic possibility” despite winning two Republican primaries for the state’s attorney general. “Things have changed,” he said. “I haven’t changed but the party has changed…if it wants to be the party of Trump, that’s not me.”

Woods has also spoken with Sen. Heidi Heitkamp,D-North Dakota, about a potential run.

The senator confirmed her conversations with Woods in a statement, saying that “Grant is a centrist, a dear friend, and someone I worked very closely with when we were both state attorneys general working to combat domestic violence and on habeas corpus. The Senate needs more public servants like him who want to get things done and who are willing to work with anyone to make that possible.”