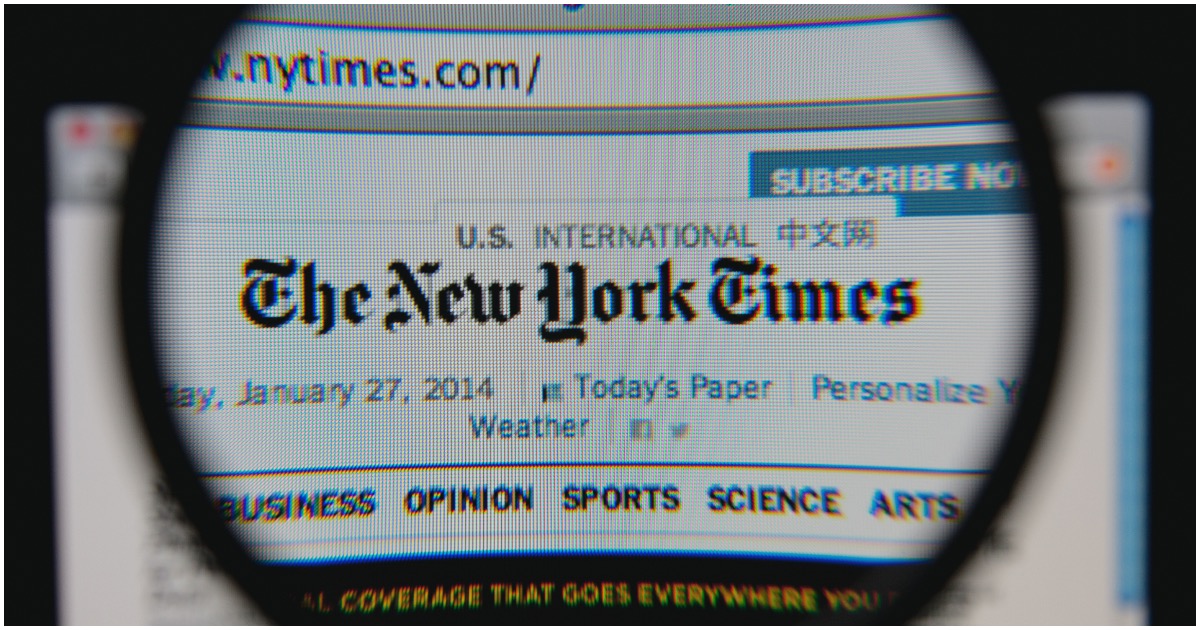 “The New York Times” needs your help finding fake news and sending them the links. This is so they can put the fake news spreaders on blast.

The thing is, NYT is largely considered a fake news publisher, not just by President Donald Trump, but by conservatives the country over.

They said Nikki had the government float the bill for $52,000 worth of drapes, when in reality that check was written during the Obama years – before Haley was even nominated to her current post.

More on that below.

The New York Times needs your help. We’re looking for false information being spread deliberately to confuse, mislead, or influence voters ahead of the 2018 midterm elections. https://t.co/p3eeW5fnGm

On Tuesday, a New York Times reporter tweeted that the paper wanted its readers to send the newspaper incidences of fake news, stating that the paper was ‘looking for false information being spread deliberately to confuse, mislead, or influence voters ahead of the 2018 midterm elections.”

Are you worried about clicking into a recursive black hole by looking at your own feed? https://t.co/Yn5w9up4ZY

You should read your paper. https://t.co/wXa2K5ngYy

There isn’t even a German word for this level of insane cluelessness. https://t.co/hUj540FbVa

From your paper or… https://t.co/DeOgsREMFh

The insane lack of self-awareness it took to write this tweet is truly astonishinghttps://t.co/9FRSc5x1lf

These guys stepped right into this one… https://t.co/BCynwWYF9o

I've got some bad news for you. https://t.co/T3ngFQ6IyD

Regarding the Haley lie from earlier in the article, per PJ Media:

On Thursday, the New York Times — America’s newspaper of record — published a disgusting false smear against U.S. Ambassador to the UN Nikki Haley. The original article suggested Haley was responsible for spending $52,701 on curtains for the UN ambassador’s house in New York City, when in reality the decision to purchase the curtains was made under former president Barack Obama. The Times appended a correction at the top of the article, altered the headline, and removed the photo of Nikki Haley.

“Nikki Haley’s View of New York Is Priceless. Her New Curtains? $52,701.” the original headline screamed, complete with a featured picture of Haley at the United Nations. The original version of the article is unavailable, but a screenshot captured by the Washington Post’s Aaron Blake revealed that the Times had substantially altered the article after receiving hefty criticism.

“An earlier version of this article and headline created an unfair impression about who was responsible for the purchase in question,” a lengthy editor’s note explains. “While Nikki R. Haley is the current ambassador to the United Nations, the decision on leasing the ambassador’s residence and purchasing the curtains was made during the Obama administration, according to current and former officials. The article should not have focused on Ms. Haley, nor should a picture of her have been used. The article and headline have now been edited to reflect those concerns, and the picture has been removed.”

This seems like a pretty important paragraph that we should get to the bottom of before calling them “Nikki Haley’s $52,000 curtains” https://t.co/2RfJkFqvch pic.twitter.com/AZOJwsofwS