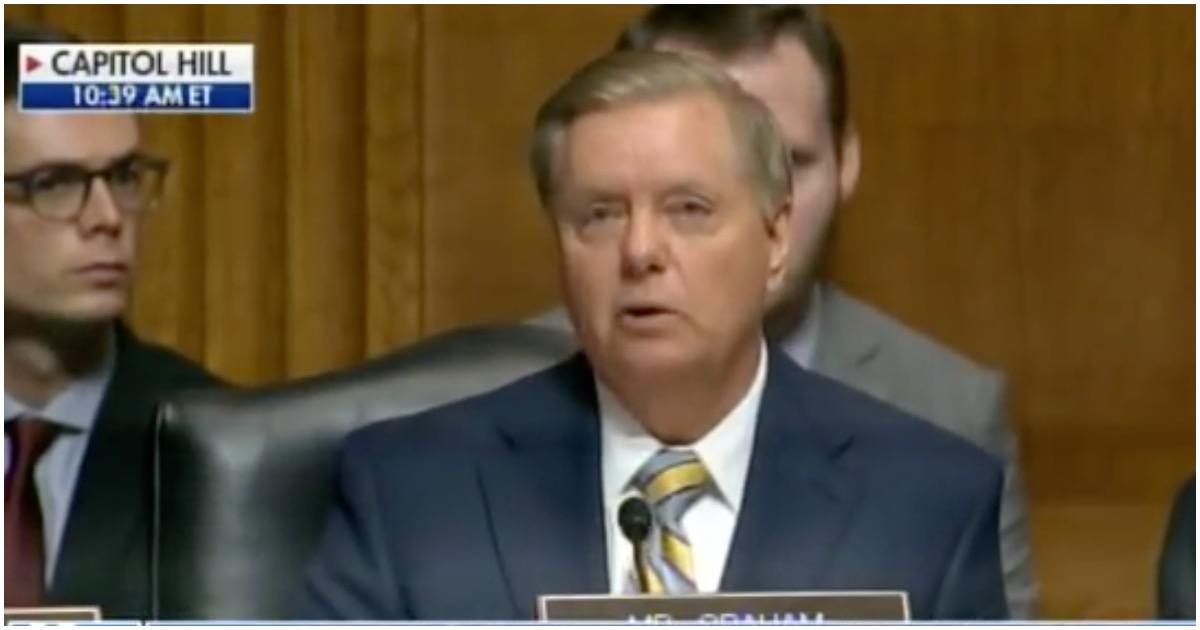 Senator Lindsey Graham (R-SC) let the cat out of the bag.

Katz has defended alleged sex predator Bill Clinton and disgraced Sen. Al Franken in the past.

She was seen wearing a shirt that features the raised socialist power fist.