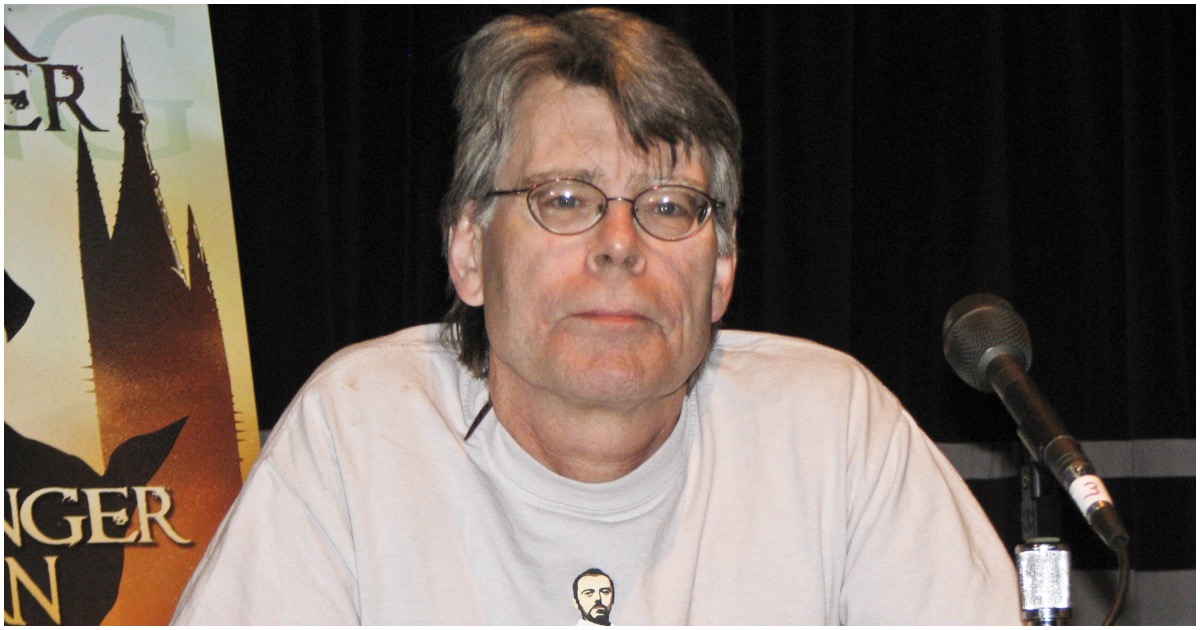 Stephen King is one of the most well-known and well-written authors of all-time. He has sold hundreds of millions of novels worldwide.

When it comes to politics, however, King, a leftist, isn’t exactly a Rhodes Scholar.

A woman named Cristina King Miranda said she went to the same school as Brett Kavanaugh and Christine Blasey Ford.

Well, now she’s not so sure anymore.

As Twitchy told you earlier, a woman named Cristina King Miranda tweeted that she graduated from Holton Arms, that she knew both Brett Kavanaugh and his accuser Christine Blasey Ford, and that she remembered the alleged incident being “spoken about for days afterwords [sic] in school.” She subsequently deleted the tweet: 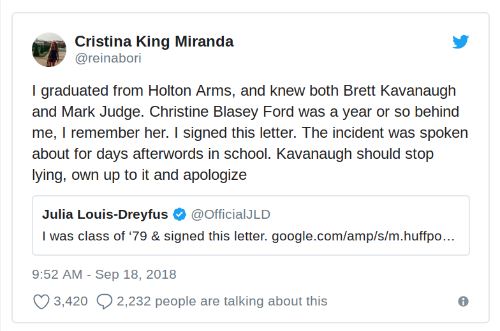 Miranda’s latest tweet, which has also been deleted, clarifies that she doesn’t know what she told everyone she thought she knew:

In other words, Miranda is backtracking HARD.

What you did did not help her.

There. You got your 15 minutes of fame… Congratulations!

You posted complete hearsay & you’ve actually hurt Dr Fords case not helped. Your bias & prejudice displayed in your post was stunning to read. Bitter much?

So you offer nothing. Congrats.

NBC News actually ran with Miranda’s story – even after she backtracked.

.@KenDilanianNBC leaves out of this story that Ford in her therapist notes disclosed she never mentioned the incident to anyone prior to that session in 2012. Now why would he omit that? https://t.co/ZzDYSG6e7w