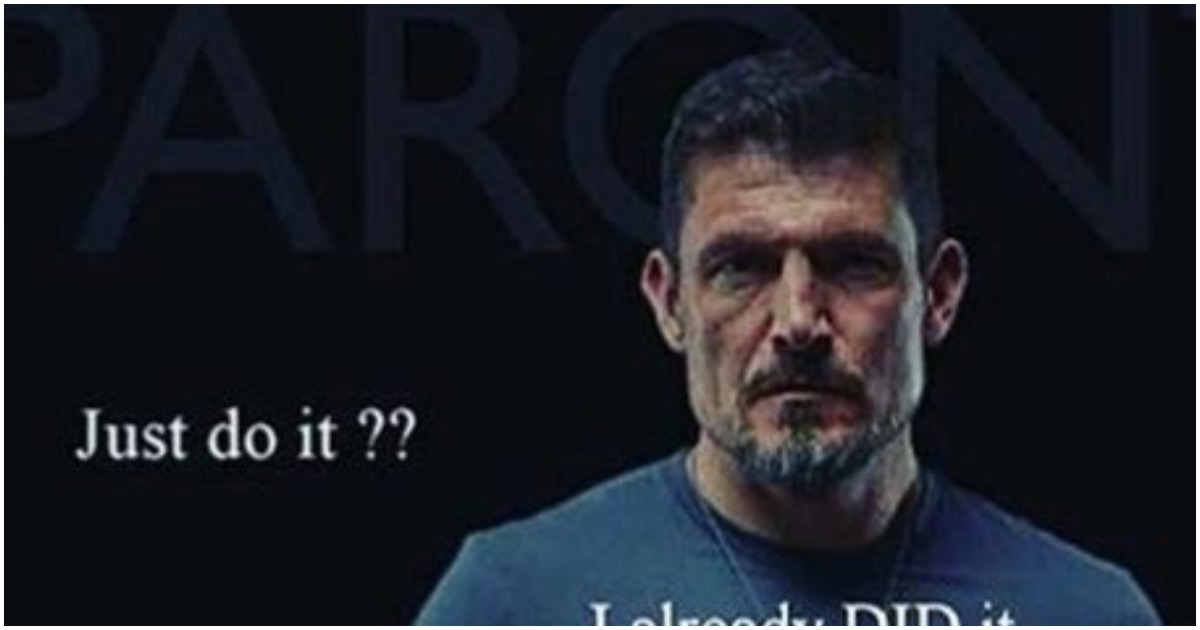 Four men were killed during the ambush, which the Obama administration later blamed on a reaction to a YouTube video.

As most people are now well aware, Nike decided to use anthem kneeling quarterback Colin Kaepernick as the face of the 30th anniversary of their “Just Do It” slogan. Immediately, there was outrage.

Enter Paronto, who was just featured in a “Just Do It” photo that Nike desperately hopes nobody sees.

The athletic apparel giant Nike got plenty of publicity when it relaunched its longstanding “Just Do It” ad campaign last week, but it picked arguably the worst messenger to deliver the otherwise inspiring message.

While the announcement gave rise to a conservative boycott of Nike and compelled some customers to burn or trash their Nike gear, it also opened the door for the creation of satirical or parody memes making fun of the ad campaign, specifically the Nike campaign’s theme — “Believe in something. Even if it means sacrificing everything” — being superimposed on the face of a man who is a millionaire many, many times over.

One of those anti-Nike memes featured one of the heroes of the 2012 terrorist attack in Benghazi, Libya, that left four Americans dead … a hero who truly understands what it means to “sacrifice everything” for something you believe in.

Here’s the photo – and it serves its purpose swimmingly:

Kudos! That says it all.

This is one of the best! Won’t be buying Nike. Supporting the real men and women who “just did it” and just do it every day for our freedom! Thanks to all who serve in our military!

Thank you Tonto Gods blessings on you and all of our Brothers that have sacrificed and gave all while these over paid kids can’t even talk sensibly to one another. And to not stand for our FLAG and Anthem do not need to be here.
Thank you for you service.

Thank for your service @KrisParonto. You are a true hero and the kind of man this country needs. Thank you, ye You Did it!!! #TrueAmericanHero

Any except nike the anti American (no good word for them). Spit on my father’s grave will you! He died penniless and fought for this Getting Great Again country. Enjoy the freedoms those great people fought for! But if you truly don’t LOVE USA, GET THE HELL OUT!

Love this! Thank you for your service!

Check out this interview with Paronto from 2015: