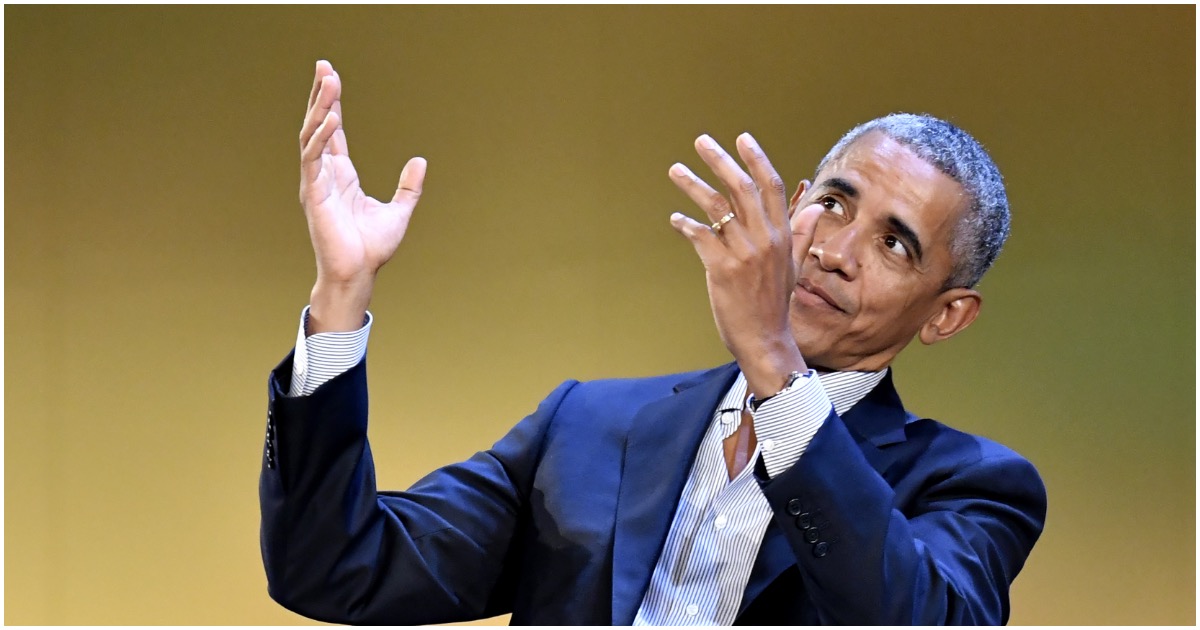 Barack Obama has stepped back into the spotlight now that the 2018 midterm elections are right around the corner.

44 has been fighting hard for Democrat candidates while smearing President Donald Trump at every turn (more on that below).

During a recent interview with Fox News host Neil Cavuto, Home Depot co-founder Ken Langone, a multi-billionaire, tells Obama to “go off into the sunset” and “keep your mouth shut.”

“Forget about it,” Langone said when asked about former President Obama’s recent return to the national stage as a Trump critic. “Obama ought to do what every other great president did. Go off into the sunset. Be the mother of the groom. Wear beige and keep your mouth shut.”

.@HomeDepot co-founder Ken Langone: "Obama ought to do what every great president did. Go off in the sunset. Be the mother of the groom. Wear beige and keep your mouth shut. Okay?" @BarackObama pic.twitter.com/GcFUob9s4K

Ken Langone on the 2020 election: "Like it or not, @realDonaldTrump's base is rock solid." pic.twitter.com/7aYDkfEqKb

Ken Langone on the 2016 election: "There's a notion here [that @realDonaldTrump] should not be President of the United States. I beg your pardon? He won fair and square…Respect the office of the presidency." @TeamCavuto pic.twitter.com/hzOrW6iNGw

In Illinois, Obama refused to refer to Donald Trump as “president.”

In California, Barack claimed he promoted politics of hope while Trump exploits politics of fear.

Barack Obama is a fan of re-writing history, as are most on the left if it fits the agenda.

For example, during his Friday speech at the University of Illinois, Obama said he never attacked the press – an obvious swipe at President Donald Trump for constantly referring to the media as “fake news.”

However, 44 wasn’t being entirely truthful.

Also during his speech, Obama slammed all Republicans as paranoid, divisive, and resentful.

It’s possible Obama hits the campaign trail hard for Democrats in the coming months, hoping to secure a House victory for his party.

However, many Dems have said they’re not that eager to have him on board.