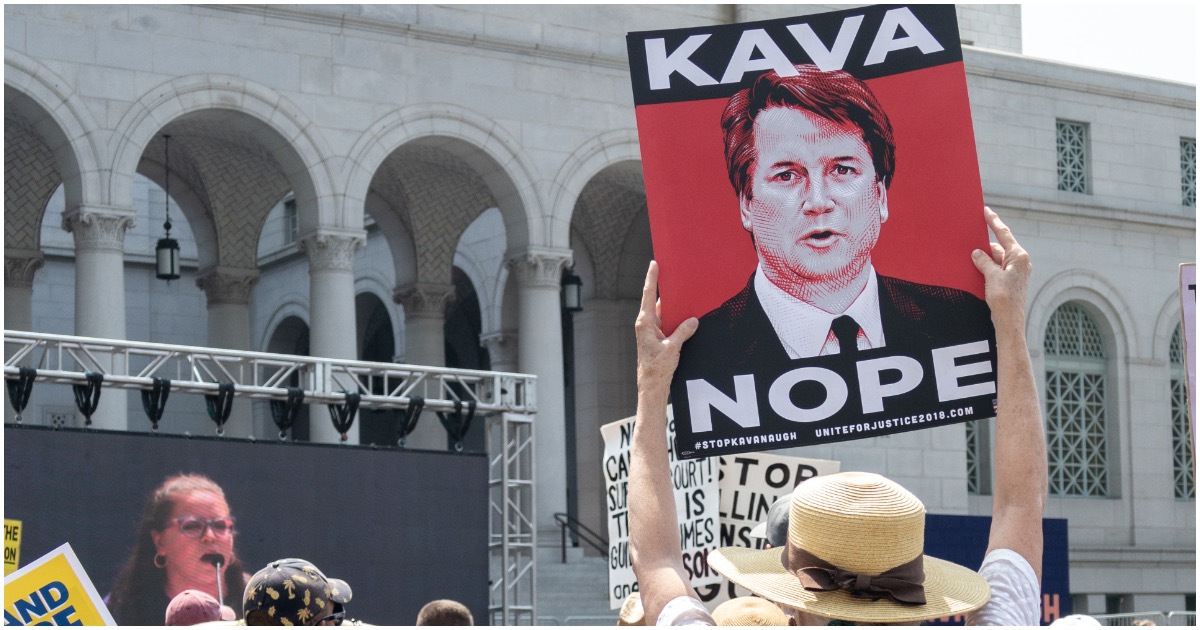 During the hearing, Kavanaugh vowed to be a “pro-law judge,” yet was repeatedly interrupted by Democrat Senators and protesters.

Judge Brett Kavanaugh’s Supreme Court confirmation hearing turned into a political spectacle within moments of Tuesday’s kickoff, as top Democrats tried to overtake the session with a rapid-fire string of objections and protesters shouted and screamed from the audience.

California junior Sen. Kamala Harris, who will most likely seek the Democrat nomination for president in 2020, was one of the people opposed to Kavanaugh’s confirmation.

Senate Judiciary Committee Chairman Chuck Grassley, R-Iowa, was able to deliver his opening remarks for only a few seconds before Democratic California Sen. Kamala Harris raised objections to the committee just receiving a batch of 42,000 documents relating to the nominee’s work with past administrations.

17 protesters have been arrested – so far!

WATCH: Protesters interrupt start of Brett Kavanaugh hearing: "This is a mockery and a travesty of justice!" https://t.co/qjcgqxpQHC pic.twitter.com/NMmjqvEbf4

Protesters were escorted out of Brett Kavanaugh's confirmation hearing just minutes after it began this morning. pic.twitter.com/w8WJqB7krG

The spectacle underscored the political nature of the confirmation hearings, coming two months before the midterms.

Kavanaugh noted: “A good judge must be an umpire—a neutral and impartial arbiter who favors no litigant or policy,” he plans to say. “I don’t decide cases based on personal or policy preferences. I am not a pro-plaintiff or pro-defendant judge. I am not a pro-prosecution or pro-defense judge. I am a pro-law judge. … If confirmed to the Court, I would be part of a Team of Nine, committed to deciding cases according to the Constitution and laws of the United States.”

Kavanaugh added that he was “honored to be here today with my family.”

Judge Brett Kavanaugh: “I’m honored to be here today with my family.” pic.twitter.com/O7QmDwrzry

“To me, Justice Kennedy is a mentor, a friend, and a hero. As a Member of the Court, he was a model of civility and collegiality. He fiercely defended the independence of the Judiciary. And he was a champion of liberty.”

“Over the past eight weeks, I have witnessed first-hand the Senate’s deep appreciation for the vital role of the American Judiciary,” he will say in his opening statement. “At the White House on the night of the announcement, the President and Mrs. Trump were very gracious to my daughters, my wife, and my parents. My family will always cherish that night.”

There’s a decent chance, although hypothetical, that even if Trump nominated a pro-choice, pro-sanctuary city judge to the Supreme Court, Democrats would still be protesting the pick.

The fact remains that Trump can do no right in the eyes of the left (and to many Republican Never Trumpers).

If confirmed, do you believe Kavanaugh will make a good justice? Let us know your thoughts!