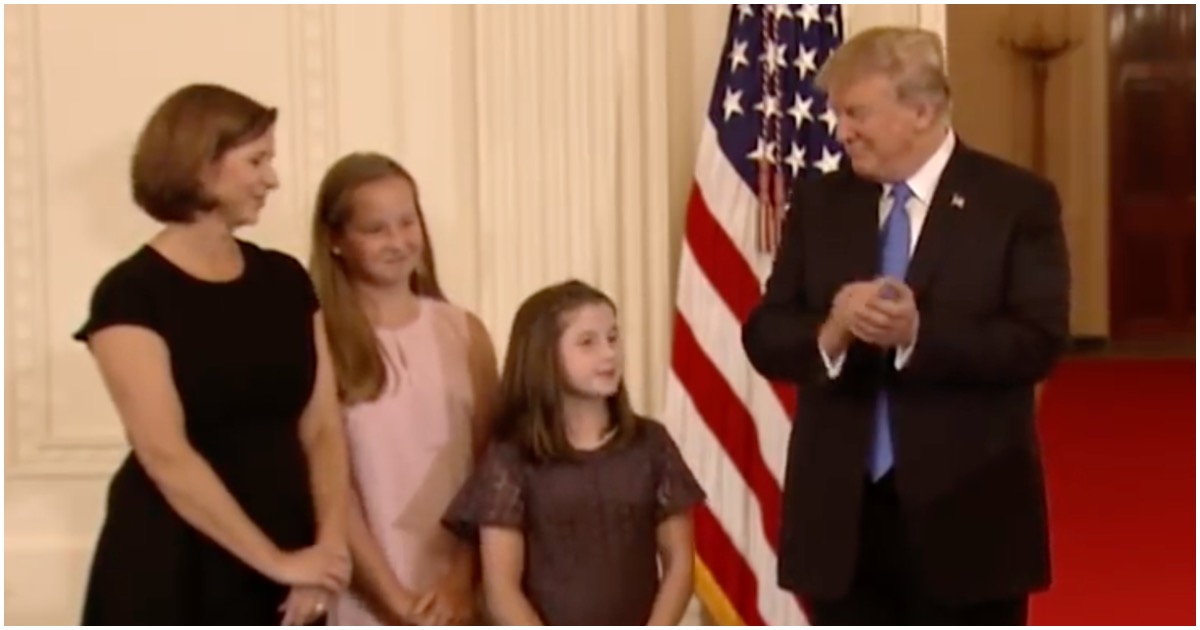 Regardless of political ideology, making a death threat is never called for – obviously.

However, making a death threat against children simply because their father is about to be confirmed to the Supreme Court as an Associate Justice is as low as it gets.

According to Republican Sen. Chuck Grassley, chair of the Senate Judiciary committee, death threats toward the young Kavanaugh daughters are “getting worse by the day.”

BREAKING: Chairman Grassley reveals Judge Kavanaugh's two young daughters have faced serious death threats "and vicious assaults as a result of these allegations" — and "they're getting worse by the day."

Kellyanne Conway, counselor to President Trump, wants to know why the media doesn’t seem to care about death threats toward little girls, per Daily Caller:

“His young daughters, his wife don’t deserve that. He does not deserve that,” Kellyanne continued, “None of you deserve it. He really needs to tone down the temperature that way. Lot of people are attacking him and his family and it’s awful. It’s awful.”

I'm saddened by the lack of concern people accusing Kavanaugh have for his daughters and the young women he coaches. Can you imagine as a young lady hearing vile stories about your dad or coach flashing his junk in a woman's face? Especially given that there is no corroboration.

I feel so awful for Brett Kavanaugh's daughters, subjected to all these headlines, and having to see the media try to absolutely destroy their father. It's easy to see why so many good people choose not to enter public life.

It would appear that many radicals are willing to do whatever it takes to make sure Kavanaugh’s life is destroyed.

The U.S. Marshals Service is reportedly investigating violent threats sent to the wife of Supreme Court nominee Brett Kavanaugh after a 36-year-old sexual misconduct allegation was leveled against the judge.

“My condolences to you for being married to a rapist. Although you probably deserve it,” another email read.

Per our CBS News cameraman at Kavanaugh's house, his wife handed out cupcakes from Sprinkles to any of the photogs and producers who wanted them.

Here’s footage of Kavanaugh’s daughters from the day the judge was nominated to SCOTUS by President Trump: