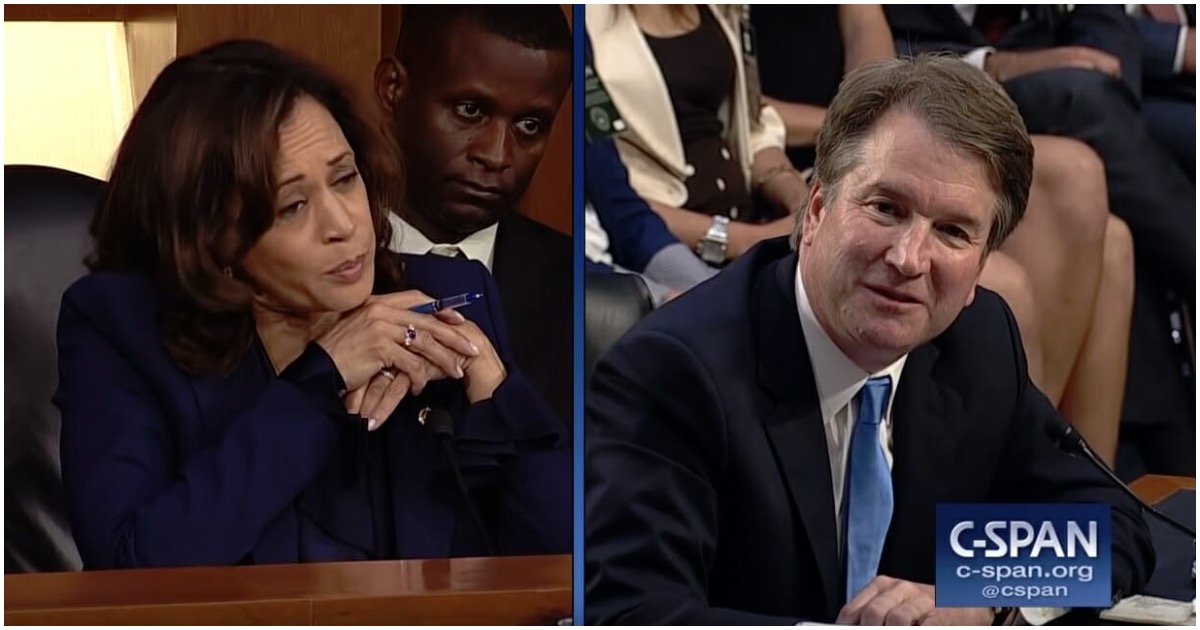 She makes it clear that the sexual assault allegations made by Christine Blasey Ford do not need to be proven by Senators.

Harris didn’t have the best showing at the Kavanaugh hearings, per Daily Wire:

Judge Brett Kavanaugh is known for carrying a copy of the Constitution with him, a fact that did not escape Senator Kamala Harris (D-CA) when she questioned him during the hearings on his nomination to the Supreme Court, as she dismissively referred to the Constitution as “that book that you carry.”

I’m going to ask you about unenumerated rights. So, you gave a speech praising former Justice Rehnquist dissent in Rhodes, there’s been much discussion about that, and you wrote, celebrating his success, that “success in stemming the free-wheeling tide creation of unenumerated rights,” that is what you said in celebration of Justice Rehnquist. So “unenumerated rights” is a phrase that lawyers use, but I want to make clear what we’re talking about: it means rights that are protected by the Constitution even if they’re not specifically mentioned in the Constitution.

Pointing at Kavanaugh’s table, she patronized, “So they’re not in that book that you carry.”

If not Harris in 2020, liberals will most likely have to decide between Cory Booker, Joe Biden, Bernie Sanders, Elizabeth Warren, Eric Holder, or Stormy Daniels’ lawyer, Michael Avenatti.

Of course, nothing is yet official as no candidates have made clear their intentions.