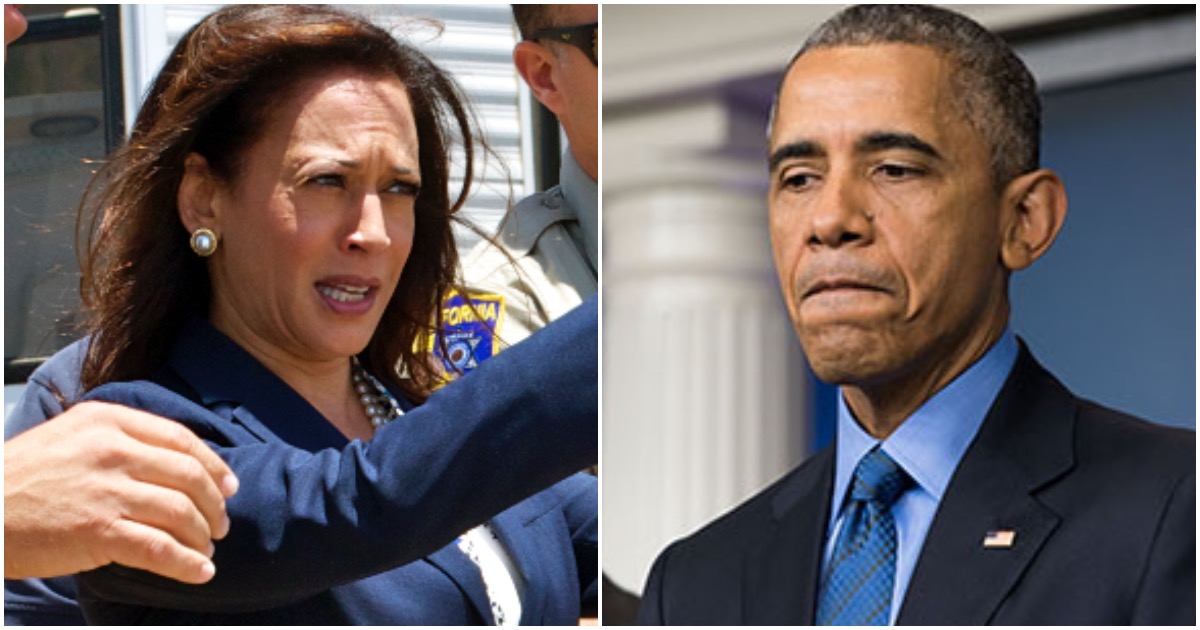 While Harris clearly thought she was bashing President Trump, it’s evident she had no clue what she was doing – because she just annihilated a part of Obama’s legacy.

What Kamala did was say it is “inexcusable” for sexual assaults to occur on military bases.

Assaults most often occurred on training bases in the Army and Marine Corps. Both of the services were found to have installations where Rand estimated that in fiscal year 2014 there were more than 500 sexual assaults of men and women: Fort Hood, Fort Bragg, Fort Lewis, Fort Campbell, Fort Bliss, and Camp Lejeune.

The study found that sexual assault risk for women in the Air Force was lower than the average for women in other services, but the top three bases where it did most often occur were all focused on undergraduate pilot training.

Military installations in the Washington, D.C.-region, such as the Pentagon, were reportedly the safest places to work across all the branches.

Back to the drawing board, Kamala!

Harris has made it clear that the sexual assault allegations made by Christine Blasey Ford against SCOTUS nominee Brett Kavanaugh do not need to be proven.

Harris didn’t have the best showing at the Kavanaugh hearings, per Daily Wire:

Judge Brett Kavanaugh is known for carrying a copy of the Constitution with him, a fact that did not escape Senator Kamala Harris (D-CA) when she questioned him during the hearings on his nomination to the Supreme Court, as she dismissively referred to the Constitution as “that book that you carry.”

I’m going to ask you about unenumerated rights. So, you gave a speech praising former Justice Rehnquist dissent in Rhodes, there’s been much discussion about that, and you wrote, celebrating his success, that “success in stemming the free-wheeling tide creation of unenumerated rights,” that is what you said in celebration of Justice Rehnquist. So “unenumerated rights” is a phrase that lawyers use, but I want to make clear what we’re talking about: it means rights that are protected by the Constitution even if they’re not specifically mentioned in the Constitution.

Pointing at Kavanaugh’s table, she patronized, “So they’re not in that book that you carry.”