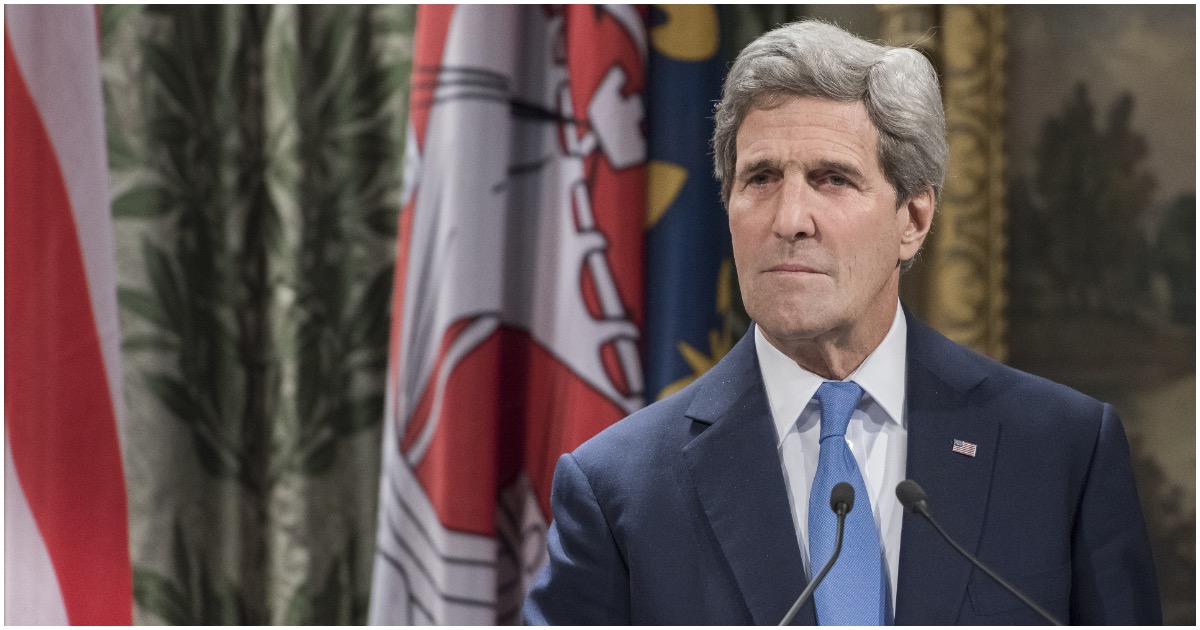 John Kerry served as a Senator from Massachusetts before running for president against George W. Bush in 2004. He lost, obviously.

Kerry then served as Secretary of State during Barack Obama’s second term in office, a stint that gave the world the shoddy (at best) Iran nuclear deal.

Now, reports are circulating that Kerry is considering a run for president in 2020.

What are Trump’s thoughts? He only needed five words to sum it up: “looks really good – FOR ME!”

Trump said he hopes that Kerry decides to run — for his sake — and called the former Democratic presidential candidate and US Senator “the father of the now terminated Iran deal.” Trump said that he would be “lucky” if Kerry decided to jump in.

“I see that John Kerry, the father of the now terminated Iran deal, is thinking of running for President,” Trump said, “I should only be so lucky – although the field that is currently assembling looks really good – FOR ME!”

I see that John Kerry, the father of the now terminated Iran deal, is thinking of running for President. I should only be so lucky – although the field that is currently assembling looks really good – FOR ME!

If he decides to run, Kerry will certainly join a crowded Democrat field.

John Kerry didn't rule out a 2020 presidential run this weekend.

Also, Sen. Bernie Sanders (VT) and former Vice President Joe Biden may throw their hats in the ring, as well.

Former Vice President Joe Biden, for example, is hearing from plenty of supporters who would like to see the popular 75-year-old politician make another run for the White House.

On a recent flight from Washington to New York, a string of passengers stopped at his seat to deliver some version of the same message: Run, Joe, run. “We’re with you.”

If the Democrat party is looking to get younger in order to continue attracting the Millennial crowd, which now comprises the largest workforce in America, Biden may not be the best option. He’s currently 75-years-old.

Likewise, Sanders is himself 76.

Independent Vermont U.S. Sen. Bernie Sanders, who lost the Democratic nomination to Hillary Clinton in 2016, stopped in New Hampshire yesterday to bash Trump and praise union workers on Labor Day. The 76-year-old Sanders remains a favorite of the party’s left wing, and New Hampshire, which holds one of the nation’s first primaries during presidential-election years, is an early testing ground for candidates of both parties.

“We will not allow Trump or anyone else to divide us up by the color of our skin, our religion, our nationality or our sexual orientation,” Sanders said at a Labor Day breakfast organized by the AFL-CIO. “When they divide us up, they win. When we stand together, we win.”